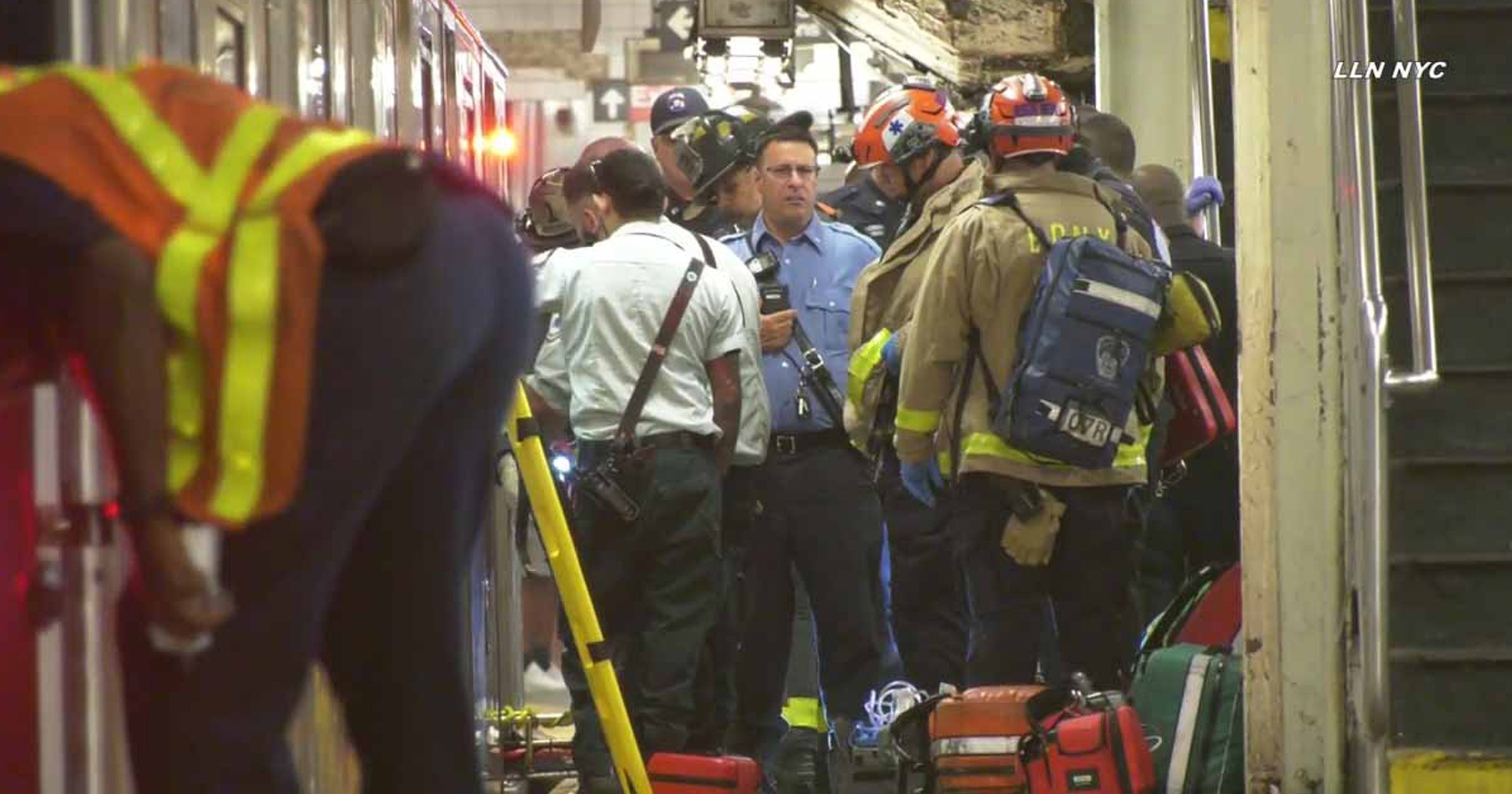 A 20-year-old woman who reportedly fell onto the subway tracks in New York City was killed after a conductor was not able to stop the train.

The woman was struck at Grand Central Station in Manhattan as a southbound 7 train pulled into the platform just before 11pm on Tuesday, according to the New York Police Department.

A train operator reportedly attempted to stop the vehicle but was unable to brake before striking the woman, police told the New York Post.

Emergency responders tried to help the victim out from under the subway. Firefighters were seen laying on the platform and reaching under the train, with medical equipment strewn across the ground.

The woman was pronounced dead at the scene about one hour later, according to the Post.

No criminal activity is suspected in the woman’s death, according to NBC New York. Exactly how the woman fell onto the tracks was not immediately known.

She had not been identified as of Wednesday morning, pending notification to her family.

Power was cut from the train tracks as police arrived on the scene, Citizen reported.

The New York City subway alerts and customer service Twitter account posted that 7 trains were delayed in both directions ‘while emergency teams respond to a person who was struck by a train’.

Service on the 7 train was temporarily suspended between the 34th Street-Hudson Yards station and the Hunters Point Avenue station.

By Wednesday morning, there were no active alerts of delays on the 7 train.

Trump calls for EU allies to take back 800 Isil fighters