Home » Americas » Woman, 20, who jumped into geyser to save puppy in coma after burn surgeries 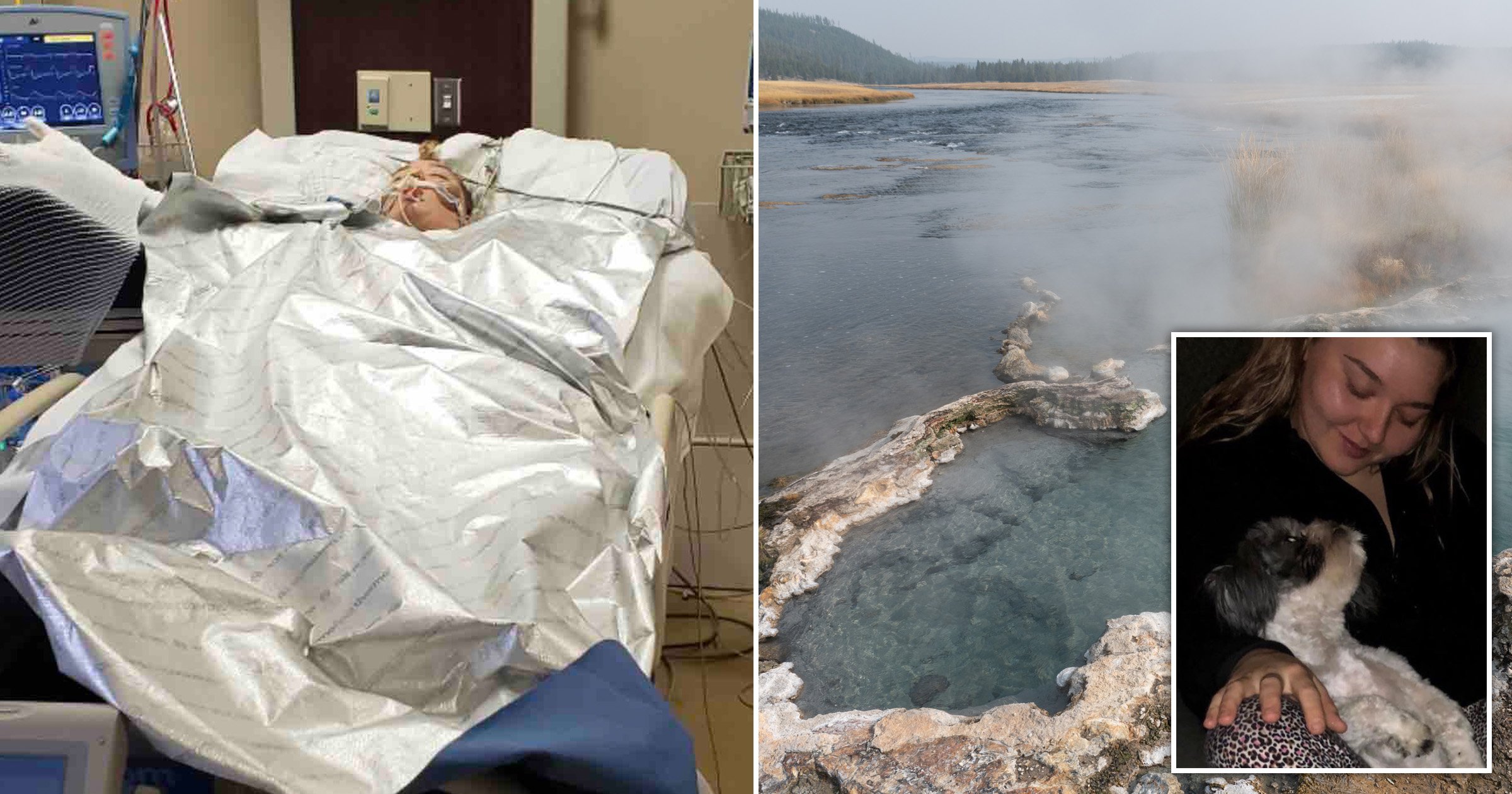 A 20-year-old woman visiting Yellowstone National Park suffered extreme burns from her shoulders down to her toes after rescuing her dog from a hot spring.

Laiha Slayton, 20, has been in a medically-induced coma the past week, with burns covering 91% of her body.

The Maiden’s Grave Spring where she entered in attempts to rescue her dog Rusty is 200 degrees Fahrenheit, or 93.3 in Celsius, park officials said in a press release.

While in Yellowstone with her father, Woodrow, 48, on October 4, Laiha’s puppy Rusty jumped out of the car and into Maiden’s Grave Spring. Rusty died from the incident, according to park officials.

After Laiha’s father helped her out of the geyser, she was treated by park rangers and members of the Hebgen Basin Rural Fire District in West Yellowstone. She was then transported by helicopter to the burn center at Eastern Idaho Regional Medical Center.

Laiha was identified through a GoFundMe campaign set up by her sister Kamilla, who has been providing updates via social media on her sister’s condition.

If all continues to go well in her recovery, Laiha will likely be in the coma for two to three weeks.

Recovery will also be a slow process as she goes through surgeries to remove the dead skin and replace it with donor cadaver skin until the hospital grows more compatible skin for her, her sister wrote on the GoFundMe page.

Laiha had been pulled from the geyser by her father, who burned his foot in the process.

According to the GoFundMe, her burn’s ‘seem to be better than they had initially thought’, Kami wrote, adding that there were more second degree burns than third.

‘This means that our dad pulled her out insanely fast. She’s incredibly lucky. Dad saved her life,’ she wrote.

In an Instagram post, Kamilla said that her father acted on ‘instinct and adrenaline’ to save her sister’s life, and had to watch her being airlifted away alone on a helicopter.

In the post she detailed how their father immediately took the dog to the vet, despite having injuries of his own, because he knew ‘how close Laiha holds those damn dogs to her heart, and he wasn’t able to see her because of all the work they were doing for her’.

‘When Rusty passed away, knowing that Laiha made this sacrifice and is walking out empty handed really has broken his heart, and she doesn’t even know yet. He’s holding that to his heart every day and that’s hard,’ she wrote.

As of Monday afternoon, the GoFundMe had raised more than $58,000 out of its $200,000 goal for the Washington family. Yellowstone National Park officials have also spread the story, mostly as a warning to visitors to be wary and stay away from the hot springs.