Home » Americas » Woman, 40, pushed to her death in front of subway train 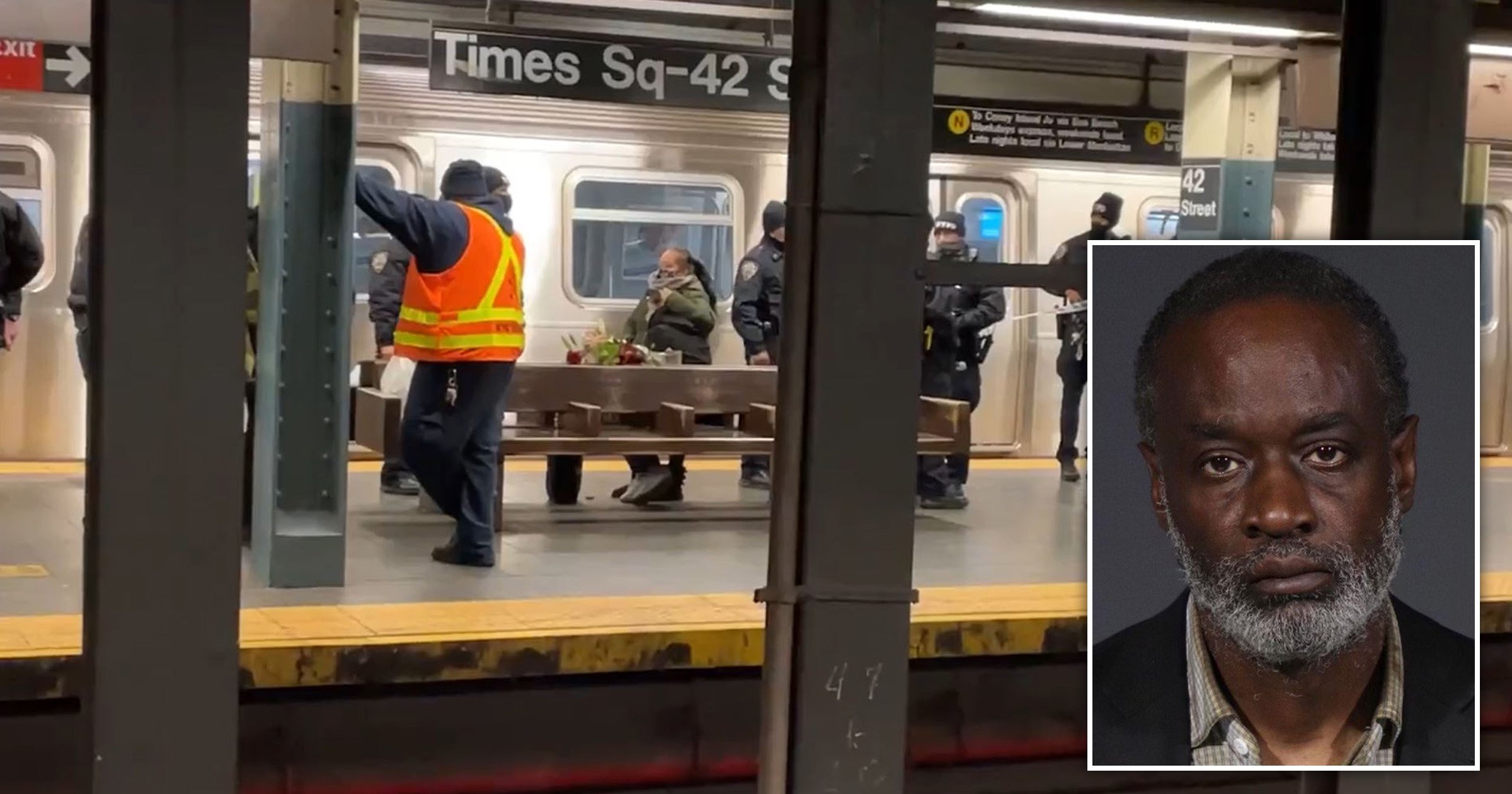 A woman has died after being pushed in front of a subway train in New York.

Michelle Alyssa Go, 40, was the victim of an ‘unprovoked’ attack at Times Square station on Saturday morning.

A man is said to have first approached another woman who feared he would shove her on the tracks.

He then pushed Ms Go, who is thought to have not had any interaction with him beforehand.

Describing the earlier encounter, assistant chief Jason Wilcox said: ‘He approaches her and he gets in her space. She gets very, very alarmed.

‘She tries to move away from him and he gets close to her, and she feels that he was about to physically push her on to the train.

‘As she’s walking away she witnesses the crime where he pushes our other victim in front of the train.’

The man believed to be responsible fled the scene but turned himself into transit police shortly later.

Simon Martial, 61, has been named as the suspect and is charged with second-degree murder.

There are concerns the attack against Ms Go, who was of Asian descent, may have been a hate crime as offences of this nature surge across the US.

’This latest attack causing the death of an Asian American woman in the Times Square subway station is particularly horrifying for our community’, Margaret Fung, executive director of the Asian American Legal Defence and Education Fund, said.

‘These attacks have left Asian Americans across the city and across the country feeling vulnerable and they must stop.’

However, police have noted the first woman who was approached was not Asian.

It comes as a number of horrific attacks on the subway leave some commuters nervous – with three transit employees were assaulted in separate incidents on one day in September.

Several passengers were knifed and assaulted by a group on a train in lower Manhattan in May.

There have also been several instances of people being stabbed, assaulted or shoved on to the tracks at stations in the Bronx, Brooklyn and at Times Square over the past few months.

Statistics show major felonies in subways have dropped over the past two years – but the number of passengers has plunged during the pandemic, making it difficult to compare.

Mayor Eric Adams, who took up his position two weeks ago, held a press conference alongside police about the most recent attack yesterday.

He told his audience ‘it’s imperative it is that people receive the right mental health services, particularly on our subway system’.

Mr Adams added: ‘To lose a New Yorker in this fashion will only continue to elevate the fears of individuals not using our subway system.

‘Our recovery is dependent on the public safety in this city and in the subway system.’

Venezuela 'failed coup plot': What we know so far