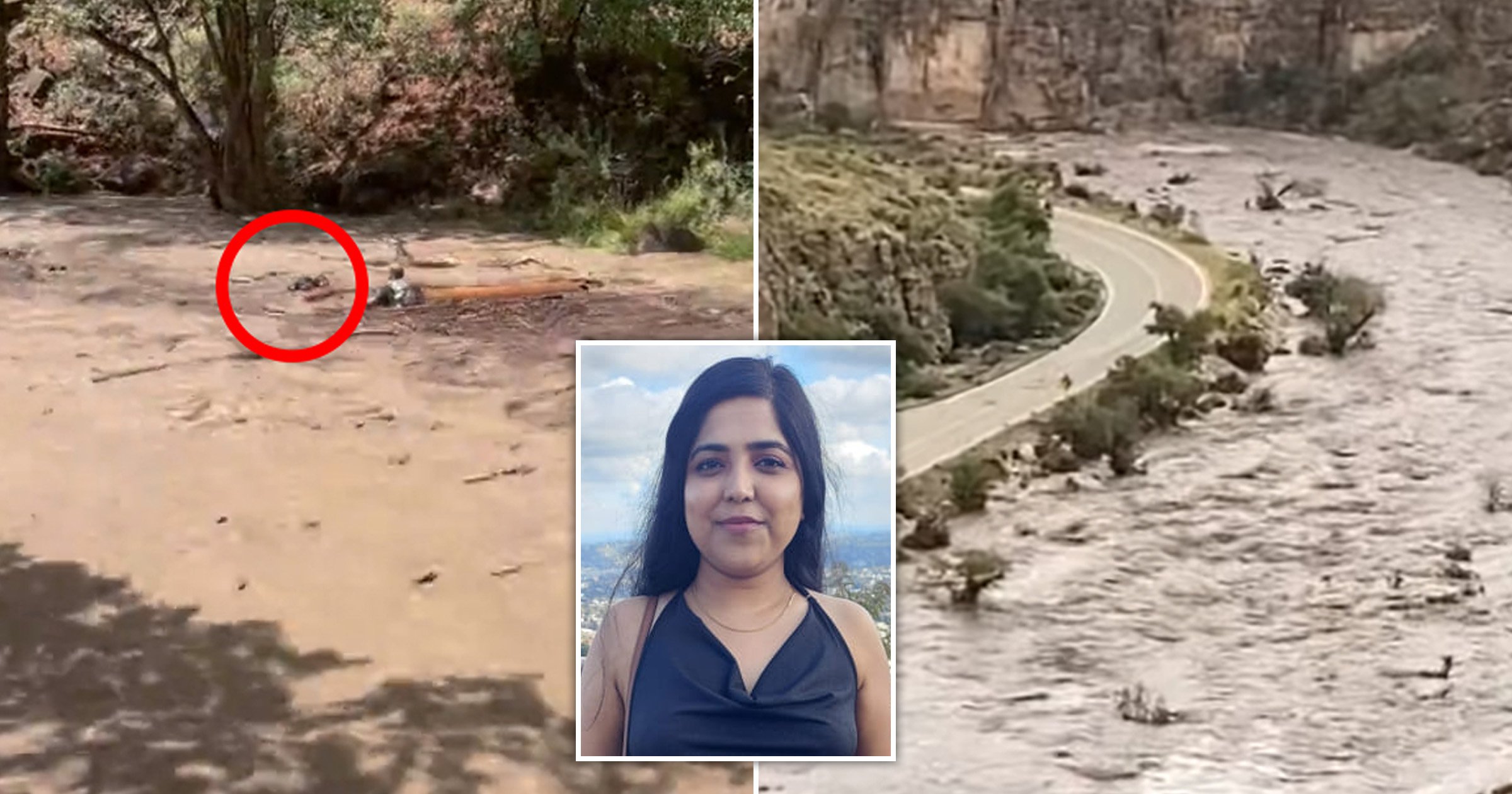 A woman died after floodwaters in a southwest US national park swept her miles away from her friends.

Jetal Agnihotri, of Arizona, was found on Monday at Zion National Park after a four-day search. Her body was located nearly six miles from where she was last seen.

In a harrowing video taken by a hiker, two people can be seen clutching a log while the river whisks them downstream too fast for the bystanders to react.

Her brother, Putan Agnihotri, told KSL-TV that his sister did not know how to swim. He later said that believes one the figures in the river is his sister, making it one of her last moments alive.

Agnihotri, 29, was hiking in one of the park’s canyons known as The Narrows when a rainstorm caused a flash flood in the area on Friday.

The Virgin River, which winds through the park’s canyons, overflowed and swept Agnihotri and her friends off their feet.

The rest of Agnihotri’s group was able to get to safety, where they reported her as missing after she failed to meet them at their designated meeting spot.

Agnihotri was a graduate student at the University of Arizona in Tucson. She was visiting the park with her friends for one last adventure before the fall semester began.

Agnihotri’s body was eventually recovered in the Virgin River near the Court of the Patriarchs, a scenic cliff near the center of the park.

‘Our deepest sympathy goes out to the friends and family of Jetal Agnihotri,’ said park Superintendent Jeff Bradybaugh.

Utah Governor Spencer Cox declared a state of emergency in response to the floods.

‘We also urge everyone to take flash flood warnings very seriously,’ he said. ‘We mourn the loss of Jetal Agnihotri of Tucson and pray for her loved ones.’

Last weekend’s storms came in the middle of the southwest’s monsoon season, which lasts from mid-June through September.

Monsoons can cause torrential rain and flash floods, and have been wreaking havoc on the region this year in places like Las Vegas and Arizona.