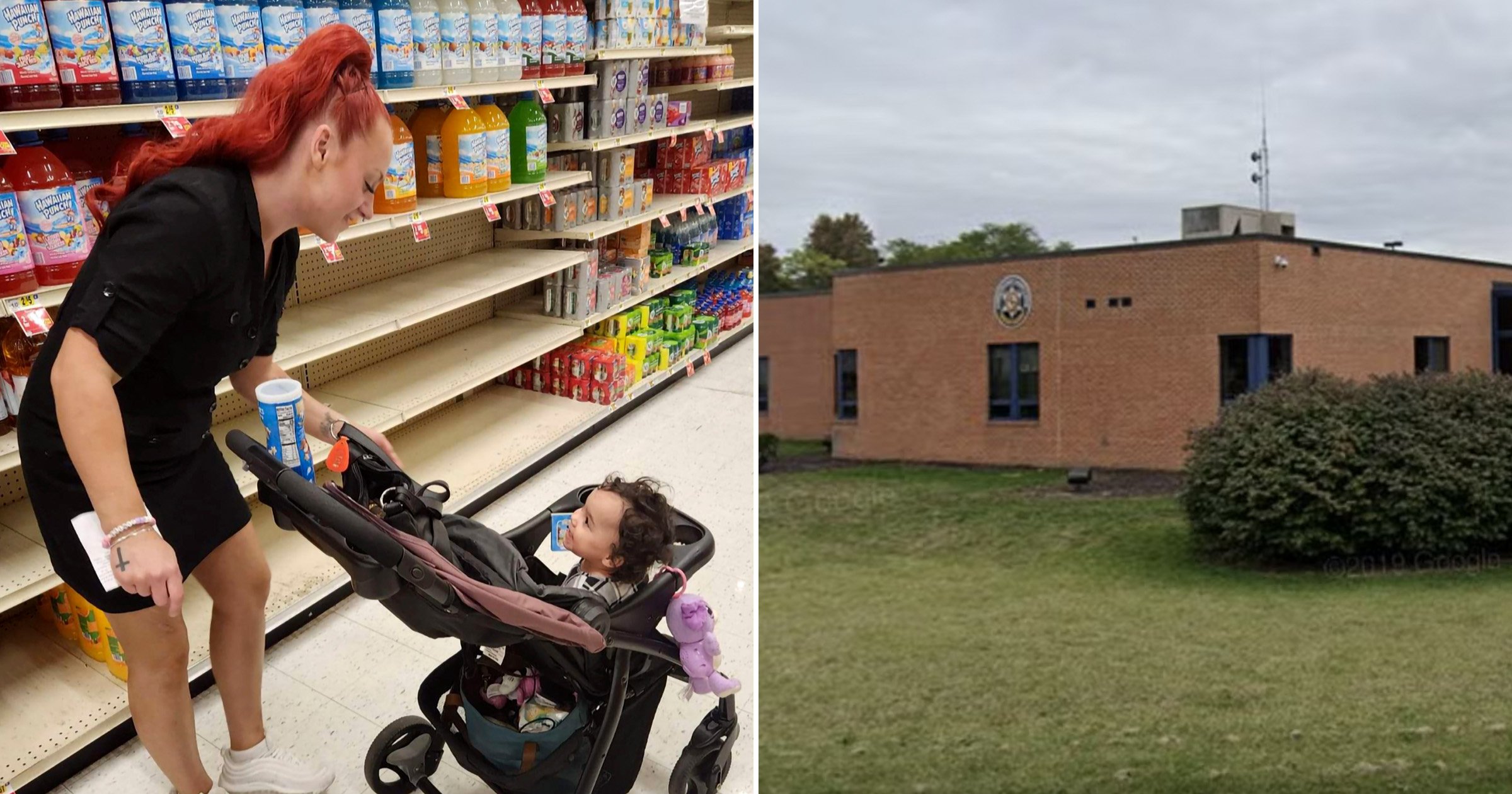 A woman was forced to give birth alone on the floor of a jail cell while screaming in pain for help, a federal lawsuit alleges.

In July 2021, Jazmin Valentine gave birth in a cell in Washington County Jail in Hagerstown Maryland.

‘Ms Valentine experienced one of the most profound and painful moments in anyone’s life alone, on a filthy cell floor with no sanitation, no medical care, and no assistance of any kind,’ the lawsuit states. ‘She had not so much as a blanked for comfort.’

The lawsuit names PrimeCare Health, a contractor the jail uses to provide health services for inmates. It also names four individual nurses who were on staff at the jail during Valentine’s labor and delivery.

Valentine was arrested and booked at Washington County Jail on July 2, 2021 for a probation violation. She was over 8 months pregnant at the time, which the lawsuit says was ‘visually obvious’ to jail security and staff.

She went into labor on July 3. She was placed in a cell next to the nurses’ station, but the on staff nurses did nothing when she told them she was beginning to feel contractions.

According to the lawsuit, the two PrimeCare nurses stationed at the jail did not perform an initial exam on Valentine. When a sheriff’s deputy heard Valentine’s cries for help, the nurses told her that she was suffering from drug withdrawals and would not have the baby soon.

Instead, a nurse at the station filed paperwork to move Valentine from the medical unit to the general female housing unit.

The lawsuit says the nurses ‘did nothing at all to respond to or assist Ms. Valentine with baby JRB’s impending birth. Instead, PrimeCare Medical nurses sat in their office and continued to perform paperwork.’

Valentine sat alone in her cell screaming for nearly 6 hours, the lawsuit claims. Another inmate near her was able to call a friend, who in turn called Valentine’s boyfriend and the father of her child.

The father called the jail and tried desperately to get her medical attention, but was ignored. Valentine alleges in the lawsuit that she overheard the nurses laughing about her boyfriend’s call.

In a desperate attempt to get the nurses attention, Valentine slid what she believed to be her amniotic sac under the cell door into the hallway. The nurses and jail staff continued to ignore her.

Shortly after midnight on July 4, Valentine gave birth to a baby girl.

The nurses did not notice Valentine had given birth. The sheriff’s deputy discovered the mother holding her child when he shined a flashlight into the cell 15 minutes after the baby was born.

The lawsuit also claims they failed to provide any basic post-delivery care for the baby or mother, including removing mucus from the baby’s nose and mouth, providing a cap to warm its head, administering antiseptic eyedrops, giving it vitamin injections, or administering its hepatitis vaccine.

An EMT also had to cut the baby’s umbilical cord while they were on the way to the hospital, nearly 40 minutes after the birth.

As a result of unsanitary birth, the infant contracted MRSA – a dangerous staph infection.

Washington County declined to comment on the impending lawsuit, and PrimeCare Health has not provided a statement on the incident.

Midterm election results could put the USMCA in jeopardy: experts