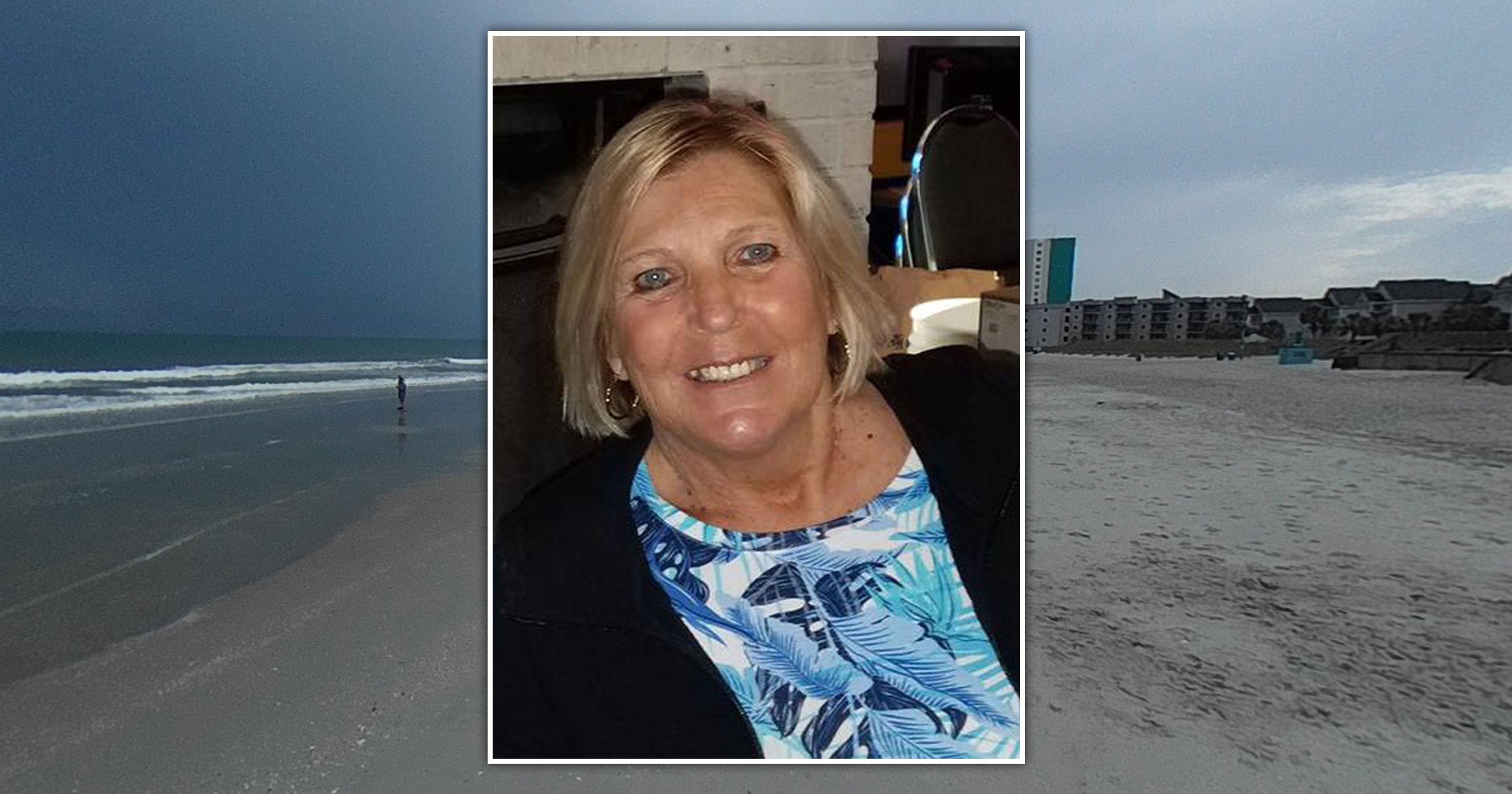 A woman has been killed after a stray beach umbrella struck her in the chest.

But she died an hour later from chest trauma.

The beach umbrella had been blown from its anchoring by strong winds when it impaled Ms Perreault, Horry County chief deputy coroner Tamara Willard said.

Off-duty medical professionals had desperately tried to treat the 63-year-old as they awaited an ambulance.

Ms Perreault was from Surfside, close to Garden City beach.

A popular drinks establishment in the area, Scotty’s Beach Bar, took to Facebook to pay tribute.

They wrote: ‘Today with heavy hearts we mourn the loss of a dear friend and kind-hearted local, Tammy Perreault.

‘Some things we will never begin to understand but what we do know is no one has a bad thing to say about this woman. To be as sweet as her day in and day out should be a goal for all.’

Beach umbrellas have a spiked end to help push them into the sand and their wide canopy allows them to get caught up in a strong wind if they are not anchored properly, the US Consumer Product Safety Commission said this week.

The federal agency estimates about 3,000 people are injured by beach umbrellas every year.

US senators Tim Kaine and Mark Warner of Virginia asked the safety agency to review safety rules for beach umbrellas and start a safety campaign after a Virginia woman was killed by an umbrella in 2016.