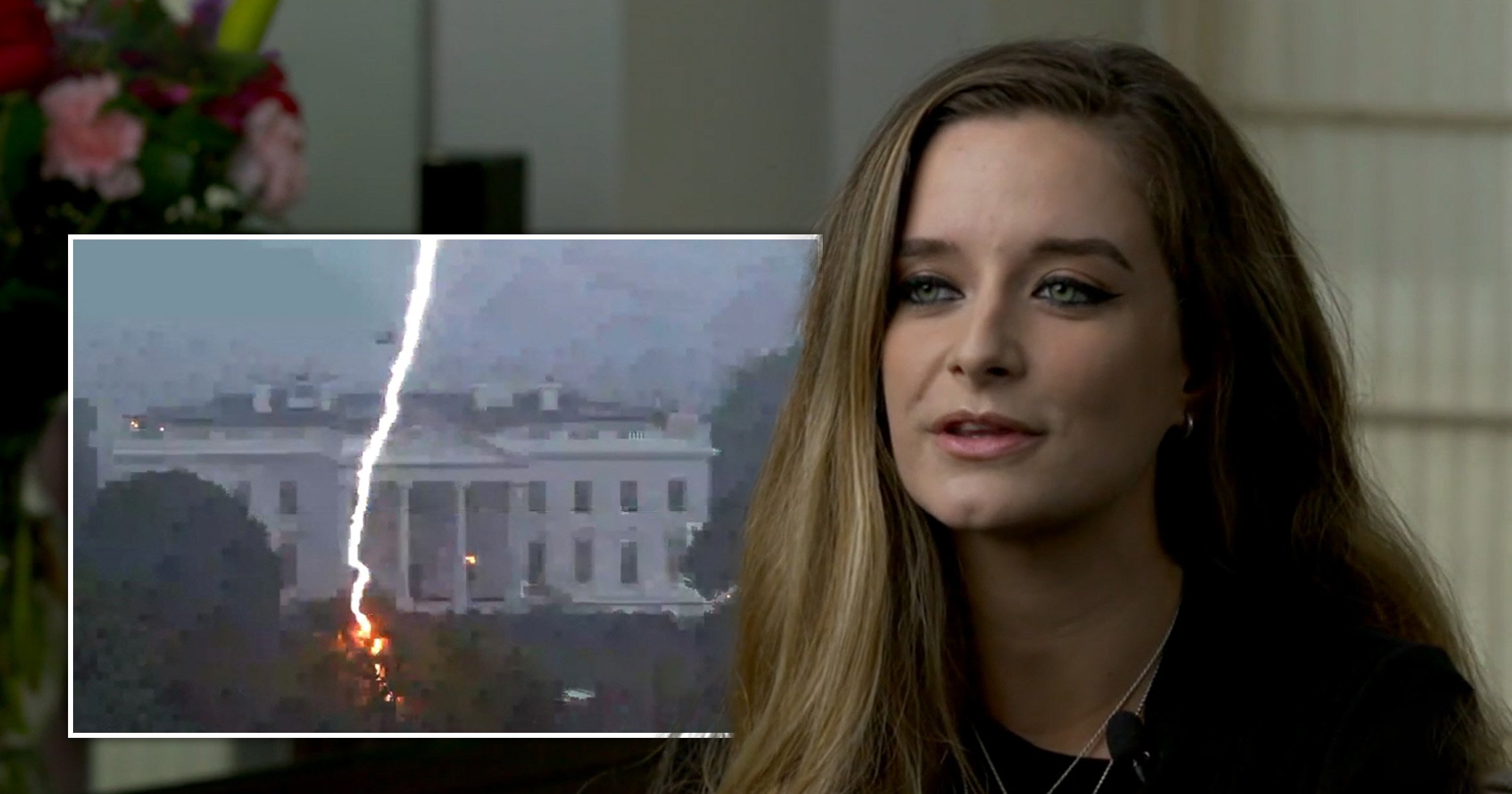 The sole survivor of a lightning strike near the White House earlier this month says she doesn’t know why she survived the strike, which killed three others.

Amber Escudero-Kontostathis had been canvassing outside the White House on her 28th birthday when she took cover underneath a tree at Lafayette Square as it began to rain, she told Good Morning America in her first interview since the incident on August 4.

One theory she has is that her shoes may have played a role in how badly she was burned.

‘They definitely didn’t save my life,’ she said of the chunky Doc Marten sandals with a thick rubber sole she’d been wearing. ‘I definitely think it contributed to potentially less of a burn.’

Still, the lightning struck straight through her body, resulting her to be rushed to the hospital in critical condition. She remained in the hospital for several weeks, and was able to recover fairly quickly in spite of her severe injuries.

Despite this, her recover has been a challenge both mentally and physically.

‘I forget that I can’t just get up and do stuff. I have to use a walker, for example,’ she said.

‘You wake up and you think that you can just get up and go and brush your teeth or get a cup of coffee yourself and I can’t, my whole left sides like pretty charred,’ Escudero-Kontostathis said.

Escudero-Kontostathis works as the director of Threshold Giving, a nonprofit that helps refugees, and had been canvassing for the group at the time of the lightning strike. Being unable to work now, she says, has been frustrating.

‘I get to help people find their inner activist and bridge them to the work they want to see in the world,’ she said. ‘Not getting to do that every day is probably more painful than cleaning the burns, which is pretty painful.’

The 28-year-old said that while she doesn’t remember much about getting struck by the lightning itself, she’ll always remember and be thankful for the care she received from the ICU nurses who helped her recover.

2 in hospital after head-on collision in Ville-Marie