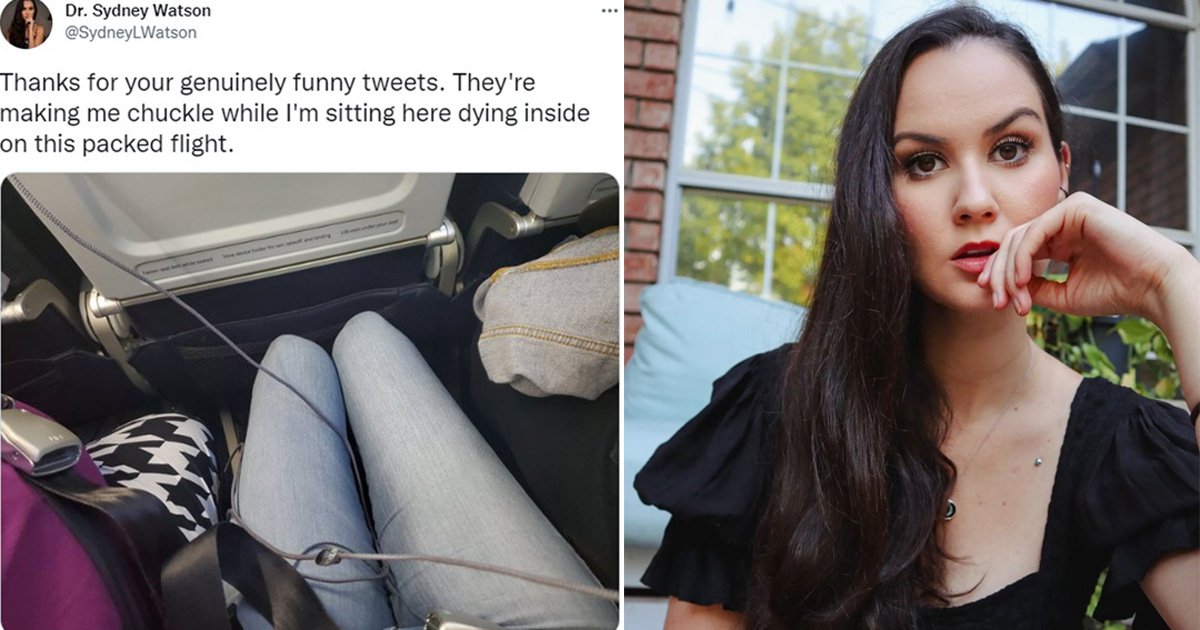 A woman who charted her flight sat between two overweight people has been handed compensation.

Dr Sydney Watson shared her ordeal with her followers during a three-hour flight with American Airlines.

She shared with her followers that she was ‘wedged between two obese people’, causing a bit of a stir.

She wrote: ‘This is absolutely not acceptable or okay. If fat people want to be fat, fine.

‘But it is something else entirely when I’m stuck between you, with your arm rolls on my body, for three hours.

‘If you need a seat belt extender, you are too fat to be on a plane.’

Referring to the pair, believed to be siblings, as ‘the fats’, she argued that people their size should buy two seats or avoid flying.

I am currently – literally – WEDGED between two OBESE people on my flight.

This is absolutely NOT acceptable or okay. If fat people want to be fat, fine. But it is something else entirely when I’m stuck between you, with your arm rolls on my body, for 3 hours. pic.twitter.com/9uIqcpJO8I

Dr Watson was accused of fat shaming and put the blame at the door of the airline who should increase the size of their seats.

Dr Watson later doubled down on YouTube defending what she had tweeted.

Initially, American Airlines told her that their passengers ‘come in all different sizes and shapes’, apologising she was uncomfortable on the flight.

Now, the US airline has offered Dr Watson a $150 voucher as a ‘gesture of goodwill’.

A letter from them she shared on Twitter read: ‘I sincerely regret the enjoyment and comfort of your flight AA was diminished due to another customer exceeding their seat’s space.

‘We do our best to avoid uncomfortable situations regarding seats. I can understand your disappointment with the situation not being remedied to your satisfaction.

‘It seems that our flight attendants were not able to make changes to the seating arrangement.

‘I’m sure you know, in the future, you are always welcome to discuss the matter with our flight attendants. If we have other available seats, you’ll be allowed to move so that you can better enjoy your flight.’