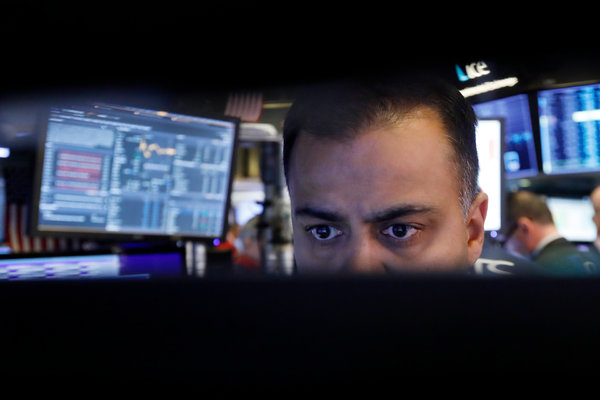 In many ways, 2019 has been a miserable year for the world economy, with trade wars, geopolitical instability and slowing growth. Yet global investors in fact have much to celebrate this year — no matter where they invested their money.

If you tease apart the reasons for that apparent contradiction — why this stock market surge looks different from others in the recent past — you find some important evidence for where the United States and global economies are likely to be heading.

The stock market has been surging ever since a late-summer recession scare, and was up 25 percent for the year at Tuesday’s close. The surge has coincided with falling long-term interest rates and higher bond prices. For example, a popular fund that invests in all types of bonds, the iShares Core Total USD Bond Market ETF, has returned 9 percent so far in 2019.

The boom is a lot broader than that. Nearly every major asset class has offered returns over the course of the year that are at a minimum solid and in some cases extraordinary, whether real estate investment trusts, commodity funds or emerging market stocks. (Widely held funds in those three categories had returned 27 percent, 11 percent and 12 percent from the start of the year through Tuesday’s close.)

Over that same span, the economic outlook became gloomier. In January, the International Monetary Fund projected global growth of 3.7 percent in 2019; in its most recent estimates, that was down to 3 percent, the lowest since the immediate aftermath of the global financial crisis a decade ago.

It is a decisively different type of asset price surge than the one the world experienced in 2017, or in the middle months of 2018. Then, rising prices for stocks and other risky assets were tied to a kind of buoyant optimism that the global economy might be entering a boom period and that corporate earnings would follow suit.

As a result, those periods coincided with rising interest rates and expectations for future inflation.

Not so this time around. Ten-year Treasury bonds have fallen sharply over the last year, from 3.07 percent in late November 2018 to 1.74 percent Tuesday. That is normally a pessimistic sign — that investors are plowing money into safe assets out of fear, and that they expect low growth and low inflation in coming years.

What does that tension suggest about the economic future?

The current level of longer-term interest rates in every advanced nation makes sense only if the world is going to remain in a low-growth, low-inflation mode for many years to come.

If anything, the 1.74 percent rate on 10-year United States Treasury bonds is an outlier on the high side. The equivalent bonds are yielding 1.43 percent in Canada, 0.65 percent in Britain and 1.05 percent in Australia. Countries including Japan, Germany and France all feature negative rates, meaning bond investors get back less than they pay for newly issued securities.

Those low rates worldwide reflect a wave of monetary easing decisions by major world central banks over the last few months, including the 0.75 percentage points’ worth of rate cuts by the Federal Reserve and a whole portfolio of actions by the European Central Bank.

But the central banks’ actions came after a sharp downward move in longer-term yields; the bond market was the horse, and the central banks were the cart. The central banks made their moves to try to get monetary policy aligned with the economic reality in the world: Aging demographics, a savings glut and weak productivity growth are pulling growth and inflation ever downward.

This world economy is stuck in neutral. This explains how we can reconcile the combination of simultaneously surging stock and bond markets — and why anyone who has checked a 401(k) recently has extra reason to smile.

The trade war and world manufacturing slowdown that prompted a wave of recession fears over the summer — and that triggered a response by world central banks — created a Goldilocks scenario for the stock market. Combined with the Trump administration’s de-escalation of the trade war with China, the risks of either a recession or an overheating economy have diminished.

Sure, the economy is slowing, and corporate profits will be squeezed by that. But it also means that very cheap money will be around indefinitely, meaning any investment that can squeak out steady profits is worth a lot compared with the alternatives of putting it in a bank account or in bonds.

Essentially, the Fed and the other central banks may not have solved the low-growth problem, but they have managed to lower the risk of recession from where it stood a few months ago.

There have been some rumblings that the latest surge in asset prices could represent a new bubble. But the interesting thing about this current moment in markets is that the prices of different assets look reasonable relative to one another, while looking absurdly overvalued relative to those of decades past.

The buoyant stock market makes perfect sense in a world of very low long-term interest rates. The risk is not that one asset ends up being a bubble, but that all of them are.

Yet there’s nothing new about that risk. It has been the reality for the better part of the last decade, reflecting long-building, powerful forces. Market developments in 2019 suggest that they’re not going away in the foreseeable future; instead, it seems that’s just how the world is going to be.

All of which means we should enjoy our big market gains now — because they are essentially presaging a gloomy, even if not disastrous, economic decade to come.