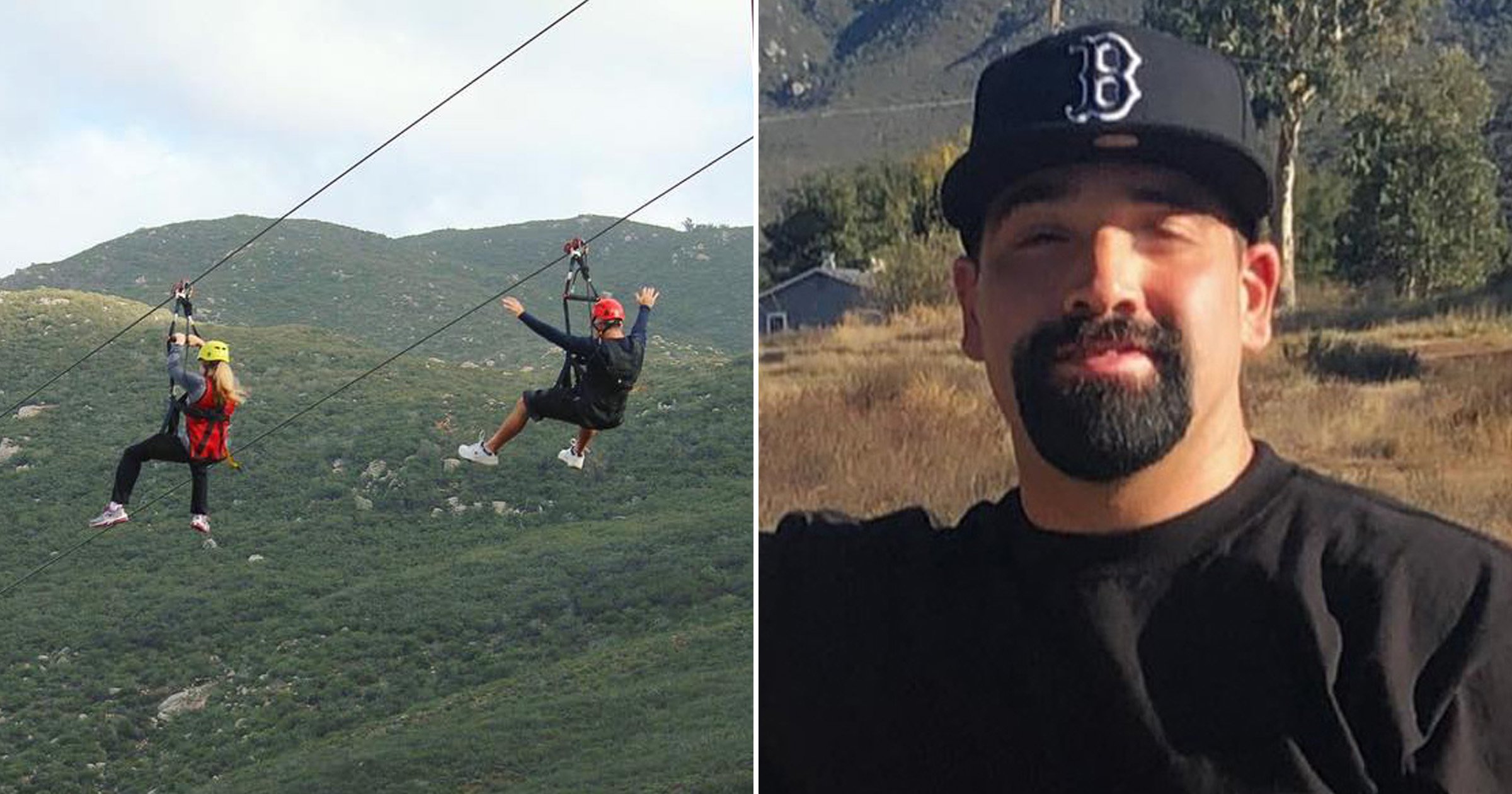 A zipline worker trying to help a woman who became stranded on the line let go and fell to his death, after apparently fearing that the structure could not hold them both.

Joaquin Romero, 34, was working the La Jolla Zip Zoom Zipline in Pauma Valley, California, when the woman slipped out on the line as he was assisting her in hooking onto the platform.

Romero reportedly grabbed the woman’s harness in an attempt to stop her from moving off, but was dragged off the platform along with her, according to the Daily Mail. They both slid out about 100 feet.

Romero sustained major trauma injuries and was pulled to the road by a Cal Fire rescue team using a low-angle rope system. He was airlifted to Sharp Memorial Hospital, where he succumbed to his injuries on Monday.

Romero’s friend, whose identity was not revealed, said he let go because he was afraid the line would snap with the weight of both of them. The zipline reportedly could support up to 250 pounds.

The woman was not injured.

La Jolla Zip Zoom Zipline stated they were ‘heartbroken’ over Romero’s death and launched an ‘in-depth and comprehensive investigation, in coordination and cooperation with federal and state authorities’.

Romero’s brother and his wife’s coworkers have organized a $5 fish taco plate fundraiser on Friday to raise funds for his family.

‘This fundraiser is to help the family out with the recent loss of Ricks brother Joaquin Romero,’ family friend Naomi Howard wrote on Facebook. A plate cost $5 with a option of donating more.

The La Jolla Tribe, with a campground since 1930, opened its zipline in September 2015. It offers three different lines, from 300 to 2,700 feet, that can take riders on speeds up to 55 miles-per-hour.

About 16 people die on ziplines annually, according to the Daily Mail.