Donald Trump heads to Paris on Friday to celebrate the 100th anniversary of the truce that ended World War One, surrounded by more than 100 heads of state, all of whom have followed with intense interest the outcome of Tuesday’s congressional midterm elections in the United States. And not everyone might have liked what they saw. 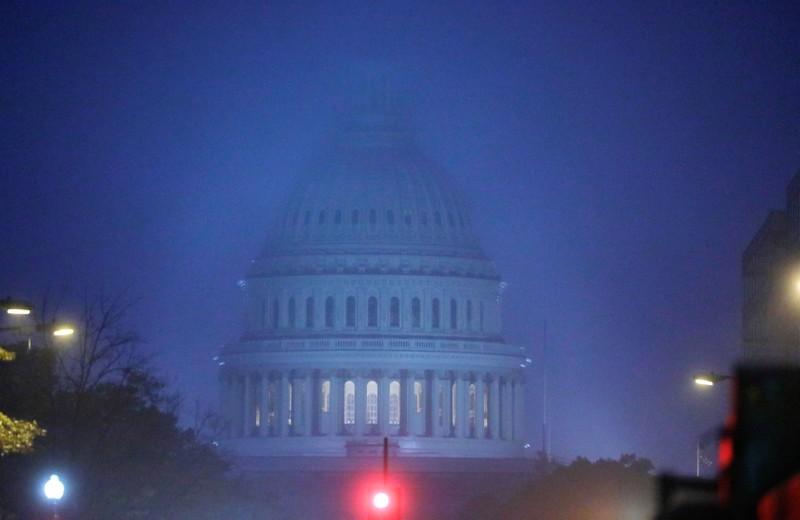 Only a handful of true autocrats were ever likely to be among those eager to stand shoulder-to-shoulder with the American president or celebrate what he called “a tremendous success” in Tuesday’s vote. Many world leaders had likely hoped to be assessing how wounded he might have been. Now they are probably trying to assess what their next steps should be.

There are efforts everywhere to draw some positive outcome from what Trump was celebrating: his Republican Party increasing its Senate majority while Democrats won back control of the House of Representatives. It was the outcome predicted by pollsters, but disappointing to those who hoped the result would reflect a decisive rejection of Trump. “No tidal wave, but a tide has turned,” editorialized the Japan Times. “The electoral victory of the Democrats may not be very big,” the German daily Süddeutsche Zeitung observed, “But it shows how vulnerable the Trump Republicans are.” Still, vulnerability did not seem to be the order of the day in Trumpland.

Spin it as they might, each world leader arriving in Paris will be waiting to see just how the split outcome of the crucial midterms will affect Trump’s attitude toward them individually and the world collectively. What they find may not be exactly the attitude most had been seeking. “The president is going to fight for just what he’s laid out regardless of who’s in control in the House,” the president’s press secretary, Sarah Huckabee Sanders, told NBC News when the outlines of the evening became clear. “He’s laid out a bold agenda and we expect him to continue to follow through and have another successful two years just like he’s had the previous two years.”

Still, for all his bluster over an overwhelming victory, which did of course elude him – there being no red Republican wave just as there was no blue Democratic one – Trump might want to absorb some cautionary tales not only from the election results, but equally from the 1918 truce event that he is going to France to celebrate. On Sunday, 100 years ago, the Allies brought a formal end to the bloody world war that had engulfed Europe for more than four years.

As a student of the end of World War One, the Versailles Peace Treaty and the fraught years that followed, I can attest that the one overwhelming lesson Trump might learn is a simple one: Never humiliate nor utterly defeat your enemy. It comes around to bite you when you least expect it.

In the Forest of Compiègne where the French humiliated the Germans in November 1918, see how well that worked out. In the same railway car in the same forest where Marshal Ferdinand Foch dictated the terms of surrender to the utterly defeated Germans in 1918, Adolf Hitler summoned the leaders of an equally humiliated France to accept their abject surrender 21 years later. And of course, a half decade after that, the French and their allies turned around and bit the Germans back, hard.

Today, European nations have learned to live peacefully and prosperously with each other and most of the rest of the world. The concern there is that Trump, in what he sees as his moment of triumph, might upset an apple cart that has remained largely upright for three-quarters of a century.

And there are several very good reasons to fear such an outcome. For Trump, as omnipotent as he may now feel, also finds himself in a difficult world.

There is an Iran that may eventually conclude, in the absence of any gesture toward negotiations, that it must live with perpetual sanctions and find another path forward – perhaps even throwing in the towel and going full-tilt toward acquiring a nuclear arsenal.

At the same time, North Korea could well come to the same conclusion if, as expected, Trump refuses to lift sanctions as North Korean leader Kim Jong Un has requested. Indeed, what was set to be the first major international negotiating session after the midterms, between Secretary of State Mike Pompeo and his Pyongyang counterpart, was suddenly postponed Wednesday morning.

Meanwhile, talks between Pompeo, Defense Secretary Jim Mattis and a high-level Chinese delegation including politburo member Yang Jiechi and Defense Minister Wei Fenghe – strategically booked for just enough after the midterms, perhaps to allow China to assess the results – are still set for Friday. This is not to suggest any immediate progress in trade talks, as the discussions are expected to center on security issues, especially related to the South China Sea.

The immediate reaction to the midterms, at least on stock exchanges worldwide, was relief, and hope that a divided Congress might somehow leave government in the United States frozen. But these investors might have overlooked one crucial law of physics. Into every vacuum, something must flow. And when Trump sees a vacuum, he has shown both the will and desire to pounce.

“We want to see solutions take place,” Sarah Sanders concluded late Tuesday night. What remains to be seen now is that, unchained, what those solutions might look like. Hopefully, the president can anticipate any potential outcomes of his actions before they come back and bite him – and the American people.

A Push for Electric Vehicles

Opinion | Why Did Manafort Cooperate With Trump Over Mueller?