Britain is moving towards an exit from the European Union on March 29, possibly with no agreement, and thus courting – according to the Bank of England – an 8 percent drop in GDP and a 7.5 percent rise in unemployment. A drear prospect, attended by matching drear commentaries on the stupidity of the 52 percent of the British electorate who voted for Brexit in 2016. 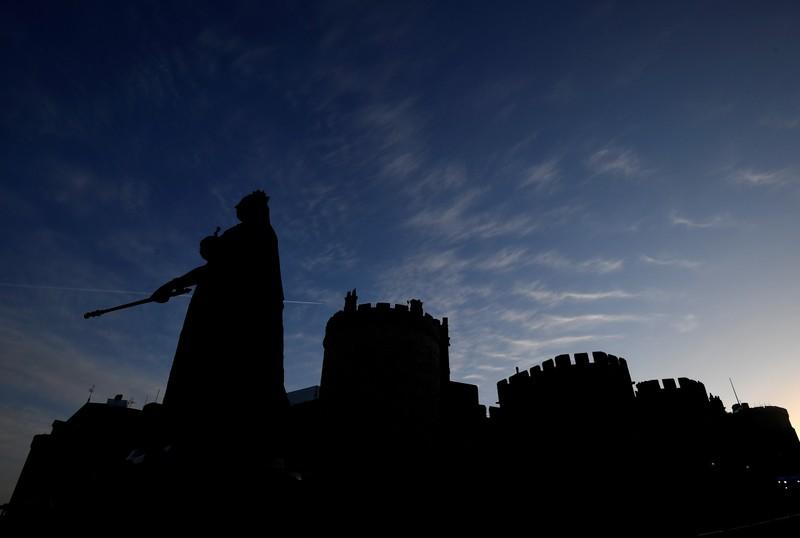 Some observers have seen the vote as evidence that imperial urges still dominate. In March 2017 Washington Post foreign affairs reporter Ishaan Tharoor wrote of Brits “harboring delusions of empire (while)…the fantasy of Britain’s past collides almost farcically against Britain’s present.” As this year began, he returned to the imperial theme, solemnly warning that, for Brits “the old colonial hubris” is omnipresent, but “along with imperial nostalgia comes a fair amount of delusion.”

It’s one of the most common fantasies presently peddled about the mindset of the UK – that it is mired, hopelessly, in a mourning of greatness gone, and a dream to regain it. The British journalist Paul Mason writes of “the self-deluded narrative that has guided the whole Brexit strategy: the idea that ‘our’ former colonies will want to form a new, white, English-speaking trading area – nicknamed Empire 2.0 – to replace the EU.” The Irish writer Fintan O’Toole, believes that the English think that if “England is not an imperial power, it must be the only other thing it can be: a colony,” seeing himself, with nostalgic shivers, threatened once more by a resurgent Germany.

Yet no body of opinion, no organization, no individual capable of thought wants an empire. Government ministers, charged with carrying out the will of the electorate, talk up – probably over-optimistically – the chances of a network of trade agreements, many with former colonies such as Australia, Canada, New Zealand and the United States itself. One of the biggest boosters is UK Business Secretary Greg Clark, who invokes “fantastic opportunities for the future” for “a country that is superbly well-positioned in most of the big transformations that are taking place across the world today.” He’s routinely mocked as a fantasist, but he’s doing what any politician who believes in a course of action does – he’s talking it up. His rhetoric isn’t a sign that he believes Britannia can again rule the waves, or the continents.

The charge of imperial nostalgia which Brexiteers are supposed to nurse is often accompanied by grim reports of a country tearing itself apart. The Spectator commentator Stephen Daisley laments that “the House of Commons, once respected around the world as the gold standard of political debate, has become a source of national embarrassment, a symbol of a fractious and directionless nation.”

Parliament, to be sure, has been in several uproars this past week – both inside the chamber, where the Speaker was accused of abusing his neutrality by breaking a rule to favor those who want to remain in the EU, and outside, where a mob of largely young, male pro-Brexiteers screamed “Nazi!” and “Fascist” at Remainers.

This is what is called democracy and political debate – if not the gold standard, certainly an upsetting, but always vivid, exchange of views. Journalism, which lamented the blandness of politics, now has its wish for passion – and appears to hate it. These deeply consequential arguments, in both the UK and the U.S., appear to have remained – just about – within a non-violent frame. They have not in France, where at least nine have died as protests spread across the country. This is not bloody revolution – the violence, frightening as it is, has been largely confined to buildings and cars. Rather, what comes to the surface are elemental issues of politics: unemployment, inequality, marginalization, fear of the future. These are issues which authoritarian states suppress with beatings, shootings and incarceration (see Venezuela for a hideous example). In democracies they must be heard and seen.

Brexit is not likely to have been a trigger for a wave of racism and extreme nationalism sweeping over the UK. It’s a popular, though not a universal, trope with radicals in the universities. – as, for example, David Gillborn of Birmingham University, who believes that the Leave campaign was “comparable to Nazi propaganda and just straightforwardly racist.” The UN special rapporteur on racism and xenophobia, Tendayi Achiume, did a 12-day tour of the UK and concluded that the pre- and post-Brexit environment has made “racial and ethnic minorities more vulnerable to racial discrimination and intolerance.”

A detailed report by the Civitas think tank made shortly after the 2016 referendum, however, cast some doubt on that. Acknowledging that there had been an apparent rise in harassment, the report noted a climate where many crimes were assumed as hate or Brexit-linked, “even when there is no evidence to suggest that they are.”

Tensions and racism are not absent in a country where the (Labour) mayor of London, Sadiq Khan, is the son of a Pakistani immigrant family, as is the (Conservative) Home Secretary Sajid Javid; where every manager of the top five Premier League football teams is non-British, as are between a third and half of the players; where all political parties of any size condemn racism and seek to attract citizens of color as members; where the white British are a minority in London and will be a minority in Birmingham by the next census in 2021. But they did not define British society before Brexit, and do not now.

The UK presently undergoes a wrenching convulsion which is likely to make it, at least for a while, poorer than it might otherwise have been. It is doing so because of a vote of its citizens. The imperative is to recognize that large, democratic fact, and – as the now famed British government 1939 poster addressed to a population fearful of an air bombardment: “Keep Calm and Carry On.”

Opinion | Trump Is a White Nationalist Who Inspires Terrorism