Home » Analysis & Comment » Commentary: Why the Danske Bank money laundering scandal is a problem for Putin

The ever-widening Danske Bank money laundering scandal, involving 200 billion euros ($228.5 billion) of “suspicious transfers” over eight years, is not only a disaster for the reputation of Denmark and its largest bank. It also points to the deep institutionalized corruption in Vladimir Putin’s Russia – and the political challenge facing the president himself. 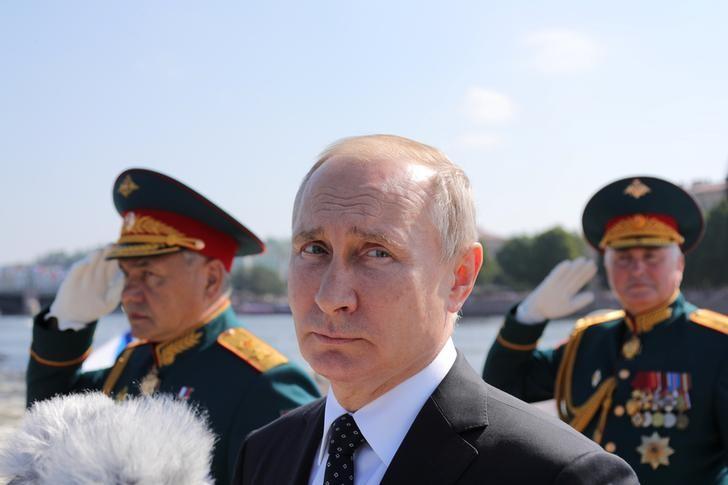 The investigation of Danske Bank’s branch in Estonia, the former Soviet state through which the money flowed, is getting fresh scrutiny as whistleblower Howard Wilkinson testifies before the European and Danish parliaments this week. Wilkinson, the former head of the bank’s trading unit in the Baltics, told a Danish parliamentary hearing Monday that several other major banks were involved in processing suspicious payments.

But the broader lessons of the scandal might be as much political as financial. The fact that many Russians – not just billionaire oligarchs – were laundering money through Estonia makes it clear that money laundering is a survival mechanism for Russian businesses and low-paid bureaucrats. Putin has not made serious efforts to stop the flow, seeing the flight of capital to the West as an escape valve for individuals trapped in a corrupt order. Time may be running out for that approach, however, as Russia’s economy falters and laundering becomes harder to hide.

The laundering operation – involving 15,000 “non-resident” customers – served primarily a Russian market, according to a report released by Danske Bank. The operation grew out of two Estonian banks created in 1992 expressly to service a client base of retail and corporate Russian customers by moving money from rubles into another currency and sending the proceeds to a third country. In recent years, Danske Bank saw 90 percent of the pre-tax profits of its Estonian operation from these customers – virtually all of it from payment and foreign exchange transactions.

The Estonian bank is just one part of a much larger problem. Some 177 Danske Bank customers in Estonia, the report reveals, were Russian nationals previously identified as part of the “Russian Laundromat,” a money laundering platform siphoning money out of Russia through a Moldovan intermediary. The “Laundromat” customers were companies registered in the UK or tax havens like Belize and the British Virgin Islands, as are the bulk of the Estonian bank’s non-resident customers.

Two hundred billion euros is a substantial sum of money, but only a fraction of the estimated $800 billion held offshore by rich Russians. To put this number in perspective, it is equal to the current wealth of all Russian households. Much of this enormous sum has been secretly transferred out of Russia during the Putin years, evidence that money laundering is not occasional criminality but an integral part of the economic system.

Some context: the Russian ruble is a soft currency, one that constantly loses value through inflation and government mismanagement. To preserve value, soft currency residents convert their cash into hard currencies like euros, dollars or pounds sterling. Laws are broken when banks convert soft cash – often illegally obtained or of suspicious origin – from countries that limit citizen’s access to hard currencies.

Let’s walk through a hypothetical transaction, one that might have been used by some of the Estonian bank’s customers. Suppose a mid-level bureaucrat has a billion-ruble project ($16 million). He asks a supplier to inflate an invoice; instead of billing for the ruble equivalent of $1 million, the supplier bills for $1.5 million. The supplier sends the excess to an Estonian account at Danske Bank controlled by the bureaucrat.

The rubles are converted into dollars at an unfavorable exchange rate (money laundering is not cheap). Then the bureaucrat instructs the Estonian bank to send the balance to a London bank where an account was opened during, say, a UK shopping trip. Fearful that the UK bank might think the payment suspicious, the minister’s legal agent in London orders the money transferred to an account in a location like the British Virgin Islands.

But tax havens sometimes raise governmental regulators’ eyebrows. In order to make the money look “clean”, it needs to move once more. Purchasing real estate in London or the United States has been a typical next step.

Meanwhile back home, the billion-ruble project is delayed due to lack of funds. The ministry has to get more funds allocated, and the delay means the bridge, road, new hospital, whatever, often never gets completed.

Governments have cracked down on these laundering practices in recent years. Shell companies that hide the owner’s identity are now illegal for expensive real estate purchases in major markets like New York and Miami; the UK took similar action this year. Banks are also under growing pressure. The U.S. government broke the Swiss secret bank account market in 2010 when it required notification of any U.S. citizen’s financial holdings in Switzerland. That regulation proved to be a breakthrough – an OECD initiative has now signed up about 50 countries to pass information among themselves in the same way. Even some tax havens have signed on.

As money laundering becomes harder to hide, Putin is losing his escape valve. Making matters worse, international sanctions and anemic economic growth for the past six years have meant Russians’ real incomes are falling and withdrawals of hard currency from Russian banks are up sharply.

Domestically, Putin’s popularity is dropping following his efforts to raise the retirement age, and his party recently lost four elections in Russia’s hinterland. That could push him into making a choice: either another distracting foreign adventure, or a shift to market reforms. Both options are perilous – Russians (especially the wealthy targeted by sanctions) are growing tired of the isolation that the 2014 Crimean annexation brought about, and another military venture could lead to massive protests. But a shift to market reforms, while winning praise from Western governments, would undermine Putin’s feudal patronage system and destabilize politics.

The question now is what Putin will choose. Compliance with global money laundering rules might not end the illegal flow of Russian wealth to the West, but would start to reduce it. Market reforms at home would stimulate new investment. But it’s unclear whether he could rally popular support for such measures – and whether his political lieutenants will allow it. What is clear is that the Danske Bank scandal has underscored that Russia’s economic revival and gradual integration into the global economy hang in the balance.

COMMENTARY: Whoever wins, the U.S. election will significantly impact Canada