As Yemen’s warring parties met in Sweden last week, hopes were high that these peace talks – the first since 2016 – would spark a political process to end the ongoing conflict that has left the country on the brink of famine and created what the UN calls a “living hell for millions of children.” At the talks’ conclusion, UN Secretary General Antonio Guterres announced that the parties had agreed to a number of important and encouraging steps, including a critical ceasefire in the port city of Hodeidah, where most aid enters Yemen. But though the leaders of the Yemeni peace process plan to resume talks in January, they continue to overlook a critical strategy that could increase the likelihood of peace: the inclusion of women. 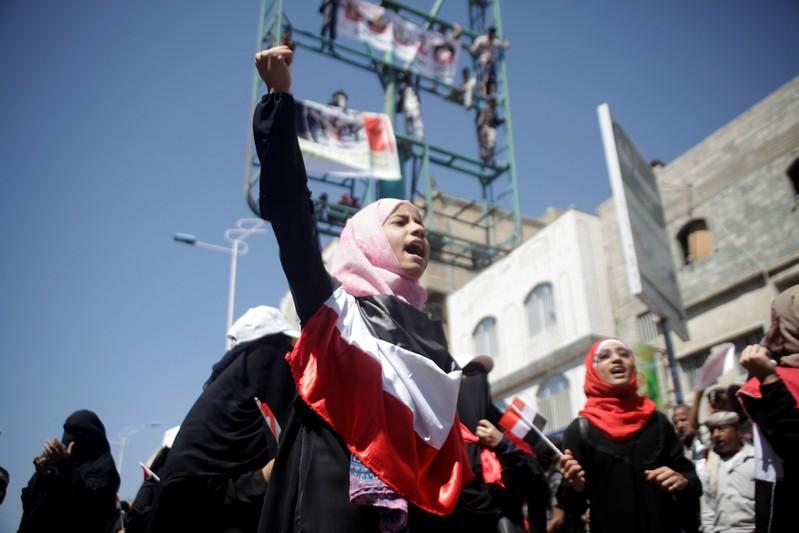 Including women at the peace table is not just a matter of fairness – it is a strategic imperative. Research suggests that when women participate in a peace process, the resulting agreement is 64 percent less likely to fail and 35 percent more likely to last at least 15 years. Indeed, this data inspired the U.S. government to enact a 2017 law to support women’s meaningful participation in peace negotiations.

From Guatemala to Northern Ireland to the Philippines, women have demonstrated that their involvement in a peace process is crucial. Yet in Yemen, women have had little to no representation in multiple rounds of talks since 2011 – including in the most recent talks outside Stockholm last week.

It’s a gap the United States should address as Congress debates whether to withdraw support for the Saudi-led multinational coalition fighting in Yemen and how to increase the nation’s chances for peace. To achieve the latter, lawmakers should advocate for women’s participation in the negotiations and in the recovery efforts to follow.

Despite ample evidence demonstrating the importance of women’s involvement in peace talks, a Council on Foreign Relations report tracking women’s participation in peace processes from 1990 to the present found that women comprise only two percent of mediators, five percent of witnesses and signatories, and eight percent of negotiators around the world. The negotiators of the Yemeni peace process have an opportunity to improve upon these dismal numbers.

Some may allege that diplomatic pressure to add women to the peace table would be perceived as unwanted foreign interference. In fact, however, the Yemeni people have supported reserving seats for women in similar contexts, committing in 2013 to a 30 percent quota for women on political delegations. And before the Yemeni conflict began in 2015, women’s rights were on the march: after decades of oppression, Yemeni women from all backgrounds were at the center of the 2011 peaceful protests that eventually removed President Ali Abdullah Saleh from power. One of the most visible leaders – Tawakkol Karman, known as the Mother of the Revolution – was awarded the Nobel Peace Prize for her commitment to a nonviolent pursuit of human rights and opportunity.

Yet once ethnic Houthi rebels from northern Yemen seized Sana’a and the Saudi-led multinational coalition launched its counter-campaign, women’s rights were once again under assault. Within the first five months of the war, documented cases of gender-based violence, including rape, increased by 70 percent. Child marriage rates rose as well, and today, two out of every three Yemeni girls are married before the age of 18. Of the two million people displaced from their homes, 75 percent are women and children, forced by war to provide for their families with little training and limited job prospects.

Despite these difficult odds, Yemeni women have overcome their political marginalization to contribute to peace efforts on the ground. Including Yemeni women in the negotiations to end the war in their country would reflect the contributions they are already making, from facilitating humanitarian access to assisting in the release of detainees to leading the reintegration of child soldiers. Here are three ways they have already made a difference:

First, they work across divides. Yemeni women from all backgrounds have formed new coalitions, including the Yemeni Women Pact for Peace and Security and the Women’s Solidarity Network. Working across political lines, they have activated local truce committees to prevent fighting over water and land resources, risked their lives to rescue families trapped by the conflict and evacuated schools held by armed groups.

Second, they promote local security. Hundreds of women-led initiatives to provide education and food to their communities also promote local security. They have facilitated humanitarian access in areas aid convoys have had difficulty reaching, supported reintegration programs for child soldiers (filling a gap left by the UN’s own suspended effort), led efforts – in the face of ongoing abuse – to release over 300 detainees and tracked bombings and medicine shortages.

Third, they are seeding the ground for post-conflict recovery. Women have advocated that the negotiation process address issues that can improve the durability of peace agreements, including the establishment of an international fund for reconstruction, investment in income generation opportunities, and the revival of the judicial system. Women have also pushed for disarmament, demobilization, and reintegration programs to respond to the needs of female and child soldiers, and have called for the inclusion of more women in the security sector – all measures which have been shown to strengthen post-conflict recovery and stability.

Including women at the peace table is not just the right thing to do – it’s the smart thing to do.

Billy Keane: 'If you're nervous about speaking in public like I was, don't lollygag – join up with this talkative crew'

Opinion | The Extremely Online Decade of ‘Get Out,’ Fake Meat and Crystals