AMSTERDAM (Reuters) – Takeaway.com (TKWY.AS) and Delivery Hero (DHER.DE) have settled a costly struggle for supremacy in the German food delivery market, with Takeaway agreeing to buy its larger rival’s businesses there for 930 million euros ($1.1 billion).

Markets greeted the agreement as a win for both companies. Shares in Dutch-listed Takeaway jumped 23 percent, while Delivery Hero gained 13 percent after Takeaway agreed to buy the Lieferheld, Pizza.de and foodora businesses in the cash and equity deal.

Although loss-making since their start in 2010, the acquisition of Hero’s German activities is a big step for Dutch-based Takeaway, with the online food delivery market in Europe’s largest economy seen as having huge growth potential.

The deal ends an expensive battle for the German market between Takeaway and Delivery Hero, the world’s biggest online food delivery firm, in which both firms spent heavily to build market share.

“It secures the large German market without fierce competition at a very reasonable price”, ING analyst Marc Hesselink said in a note.

“The deal is expected to close in the first half of 2019 so it seems management does not see serious regulatory issues.”

The acquisition, which will double business in Germany to an annual 47 million orders, “allows us to operate on a significantly larger scale, essential in building a profitable online food delivery business”, Takeaway’s CEO Jitse Groen said.

The combined company will cater up to around 17 percent of the German food delivery market, estimated to be worth around 6 to 8 billion euros, Groen said, including phone orders.

Together, the companies had revenues of 136 million euros in Germany in the first nine months of the year.

Takeaway, which claims to be the leading food deliverer in continental Europe, Israel and Vietnam, has argued that the online food ordering business will be highly profitable for just one player in each country.

The business requires large investments in the food delivery service, which Takeaway views as a marketing tool rather than a potentially profitable business. Profit is to be made from the deals with restaurants whose food people order through Takeaway’s platforms.

Takeaway is profitable in the Netherlands, but posted an operational (adjusted EBITDA) loss of 21 million euros in Germany in the first half of this year. Delivery Hero reported a comparable loss of 28 million euros for all its European activities in the same period.

Takeaway said in October it expects to turn a profit on earnings before interest, taxes, depreciation and amortization (EBITDA) by the third quarter of 2019.

Delivery Hero, which operates in the Americas and Asia as well as Europe, and is larger overall than Takeaway, does not expect to be profitable at the EBITDA level in 2019.

Takeaway will pay 508 million euros in cash, while Delivery Hero will also receive 9.5 million shares, worth 422 million euros, giving it an 18 percent stake in the company. 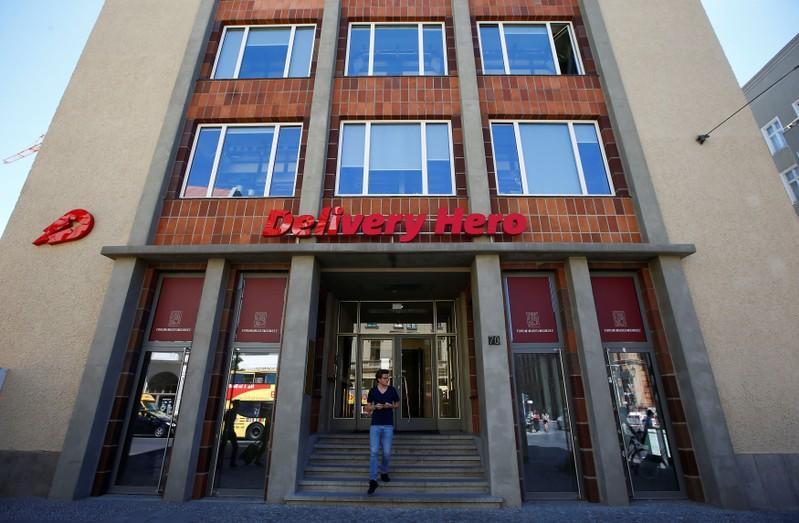 The deal, which needs to be approved by shareholders, could create over 60 million euros in cost synergies by 2020, Takeaway said.

Opinion | 7 Standards for Your End-of-Year Donations

Liam Weeks: 'Better for Donohoe to be feared than loved'