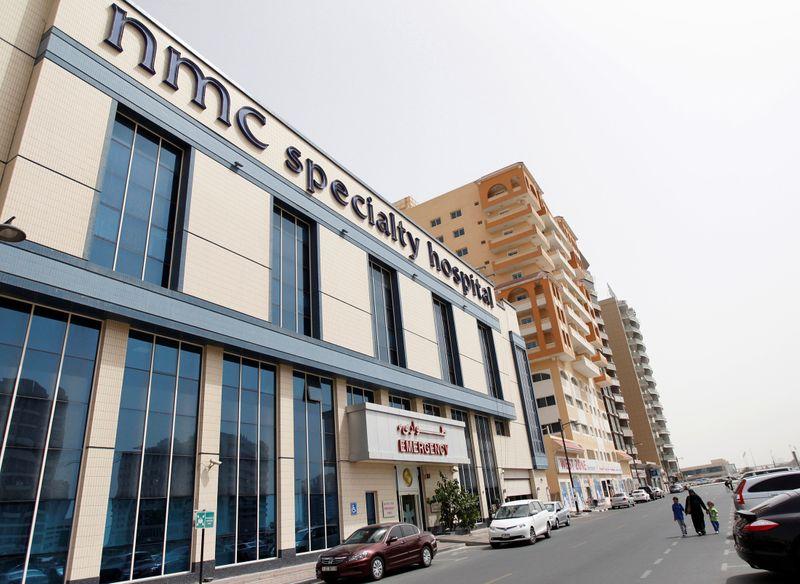 The deal, led by NMC’s second- and third-largest shareholders Saeed Al Qebaisi and Khaleefa Al Muhairi, was priced at 1,200 pence per share, a bookrunner for the deal said on Wednesday, adding that the sale was oversubscribed.

The price is at a discount of about 20% to the company’s last close of 1,494.5 pence on the London Stock Exchange.

The statement also said Qebaisi and Muhairi have sold shares worth about $72 million in payments firm Finablr (FINF.L), which is co-chaired by Bavaguthu Raghuram Shetty, also the founder and co-chairman of NMC.

The investors sold the shares to repay some of their debt and the debt of some corporate entities owned by them, the bookrunner said, adding that the move will also remove the pledge on NMC shares under a borrowing agreement with two banks.

Following the transactions, Muhairi will retain a 12.5% stake in NMC, while Qebaisi will keep a 4.7% holding, according to the statement.

Prior to the sale, Qebaisi held 17.43% of NMC shares while Muhairi held 14.69%, according to Refinitiv Eikon data.

NMC, the United Arab Emirates’ largest private healthcare provider, has launched an independent review of its finances after short-seller Muddy Waters questioned the value of its assets and cash balance while announcing its short position.

Earlier this week NMC said the review will initially assess its cash balances as of Dec. 15.

Short selling involves borrowing an asset and selling it with the aim of buying it back at a cheaper price and making a profit.

Muddy Waters, founded by American Carson Block, is known in financial markets for declaring short equity positions on the basis of its in-house research.

Including session losses, shares in NMC, which has denied the allegations, have lost about half of their value since the report was launched.