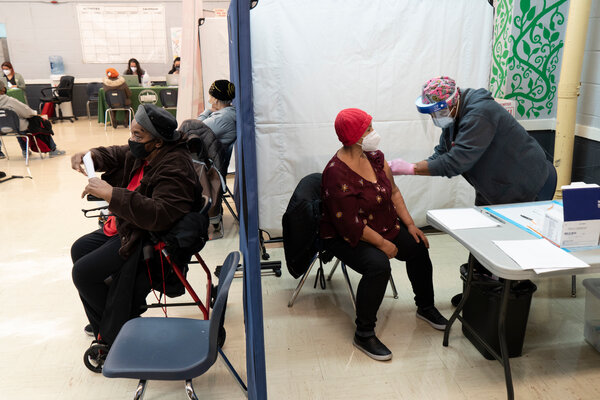 Ten years ago, a deadly infectious disease killed more than 36,000 Americans. The next year, it killed 12,000 more. And over each of the following eight years, the same disease caused between 22,000 and 62,000 deaths.

That disease is influenza — also known as the flu — and it ranks among the 15 leading causes of death in the United States.

Talking about the effects of a typical flu is somewhat fraught these days. We are living through the worst pandemic in a century, one that is of a different order of magnitude from influenza. In the early months of Covid-19, some people who were trying to deny its severity, including President Donald Trump, claimed that it was barely worse than the flu. That’s false:

Soon, however, the flu will become a meaningful point of comparison.

In the coming months, Covid will probably recede, as a result of vaccinations and growing natural immunity. But it will not disappear. “Some people have gotten this idea that we’re going to get to ‘Covid zero,’” Dr. Amesh Adalja of Johns Hopkins University told me. “That’s not realistic. It’s a fantasy.”

Not zero, but normalcy

Covid is caused by a coronavirus — known as SARS-CoV-2 — and coronaviruses often circulate for years, causing respiratory infections and the common cold. The world is not going to extinguish coronaviruses anytime soon, nor will it extinguish this specific one. “The coronavirus is here to stay,” as a recent article in the science journal Nature, by Nicky Phillips, concluded.

Israel, the country that has vaccinated the largest share of its population, offers a case study. One recent analysis looked at 602,000 Israelis who had received Covid vaccines and found that only 21 later contracted the virus and had to be hospitalized. Twenty-one is obviously not zero. Vaccines are almost never perfect. But the Covid vaccines are turning it into the sort of risk that people accept every day.

And yet the seasonal flu does not grind life to a halt. It does not keep people from flying on airplanes, eating in restaurants, visiting their friends or going to school and work.

The vaccines will not produce “Covid zero.” But they are on pace — eventually, and perhaps even by summer — to produce something that looks a lot like normalcy. The rare exceptions won’t change that, no matter how much attention they receive.

The weekly vaccine supply to states will increase by one million doses, to 14.5 million, the White House said.

Pfizer, Moderna and Johnson & Johnson say they will produce enough doses by the end of next month to vaccinate about 130 million people in the U.S. — roughly half of all adults.

Jerome Powell, the Federal Reserve chairman, called the economic recovery “far from complete” and its future “highly uncertain.” The comments add support to the Biden administration’s push for more stimulus.

Three former Capitol security officials who resigned after the Jan. 6 riot acknowledged that they had been unprepared for the attack. They blamed federal officials for not sending help quickly.

Representative Liz Cheney, who is the No. 3 House Republican and voted to impeach Trump this month, redoubled her criticism of Trump’s role in the riot. She also called on her party to reject white supremacy.

President Biden plans to sign an executive order today that aims to counter China’s economic rise and promote factory growth in the U.S.

Tiger Woods suffered leg injuries in a car crash in Southern California and underwent surgery. His injuries did not appear to be life-threatening, the authorities said.

A grand jury declined to charge police officers in the killing of Daniel Prude, a Black man who died in Rochester, N.Y., last year after the police placed a mesh hood on him. (Here’s what we know.)

With no way of paying tuition, Calvin E. Tyler Jr. dropped out of Morgan State in 1963 to become a UPS driver. He worked his way up to the company’s executive suite and has now pledged $20 million to fund scholarships at the historically Black university.

From Opinion: Why are so many mothers blaming themselves for the pandemic’s added burdens?

Lives Lived: Lawrence Ferlinghetti, the spiritual godfather of the Beat movement, inspired generations of artists and writers through his poetry and his celebrated San Francisco bookstore, City Lights. Ferlinghetti died at 101.

The new hubs of pop music

By many measures, Bad Bunny, the Puerto Rican reggaeton performer, is the world’s biggest pop star. And he’s part of a larger shift: the diversification of pop stardom. A realm that’s historically been dominated by English-speaking acts — like the Beatles, Michael Jackson and Mariah Carey — no longer is.

“A growing number of the biggest pop stars in the world are from outside the traditional capitals of the continental U.S. and U.K.,” Lucas Shaw of Bloomberg writes. According to Bloomberg’s most recent Pop Star Power rankings — based on album sales, digital streams, YouTube views and more — five of the 25 biggest current pop stars are from Puerto Rico. Another seven are from Colombia, India or South Korea. YouTube is another place where English-speaking acts are losing their dominance, as Tim Ingham writes in Rolling Stone.

In part, the trend reflects the global popularity of Latin music like reggaeton and of Korean music, notably K-pop. The band BTS, for example, held a two-day online concert event in October that sold nearly a million tickets across almost 200 countries, Variety reported.

The trend also reflects the growth of the world’s consumer markets, like India’s. When we checked the YouTube ranking yesterday, six of the top 10 artists on YouTube’s global charts were from India; the others were from Puerto Rico, Colombia or South Korea.

Looking for some off-the-grid movie suggestions? This list includes period dramas, a charming indie rom-com and a documentary of a pop star.

Eddie Murphy and Arsenio Hall talk about their friendship and the long-awaited sequel to the 1988 comedy “Coming to America.”

The pangram from yesterday’s Spelling Bee was pituitary. Here is today’s puzzle — or you can play online.

Today’s “The Daily” is the second of two episodes on Covid in New York’s nursing homes. And “The Argument” debates the filibuster.

Opinion | Amazon and the Autocrats

Opinion | The Democratic Primary Doesn’t Have to Be a Nightmare