Home » Analysis & Comment » Opinion | Apple Has New Tools to Protect Children. But At What Cost?

Apple has long been a pioneer on privacy, and has made that a central part of its marketing. So it was surprising to see privacy groups complain last month when it announced new features meant to combat child sexual abuse.

The updates were intended to make a dent in the rapid proliferation of child sexual abuse material online — the National Center for Missing and Exploited Children logged 21.7 million reports of such material in 2020 alone. But because one of these updates involves software that would allow Apple to scan images on a user’s device, privacy groups worry about setting a dangerous precedent that would open the door to surveillance and censorship.

[You can listen to this episode of “Sway” on Apple, Spotify, Google or wherever you get your podcasts.]

In this conversation, Kara Swisher talks through the debate over balancing the protection of children and privacy with Julie Cordua, the chief executive of the child safety nonprofit Thorn, and Ashton Kutcher, a co-founder of the organization. They discuss the scale of child sexual exploitation online and the role that tech giants like Apple, Google and Facebook play in both the problem and the solution. Kutcher — who was an early defender of Apple’s recent update — also jumps in to note “the one thing Facebook has been amazing at.” 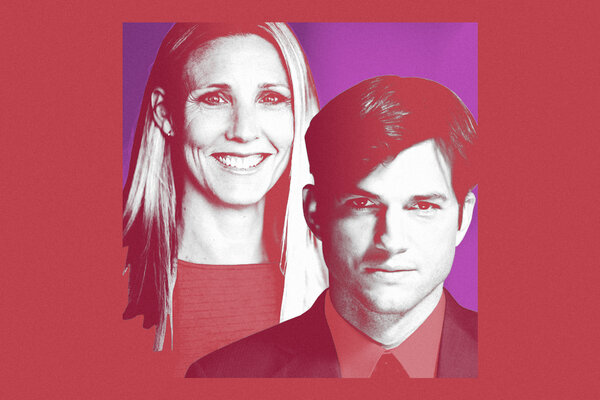 Thoughts? Email us at [email protected]

Paul Moran: 'Is this as good as it gets for us all now?'