Readers say it has always been a matter of human rights, not politics, and highlight the continuing problem of Turkish intimidation. 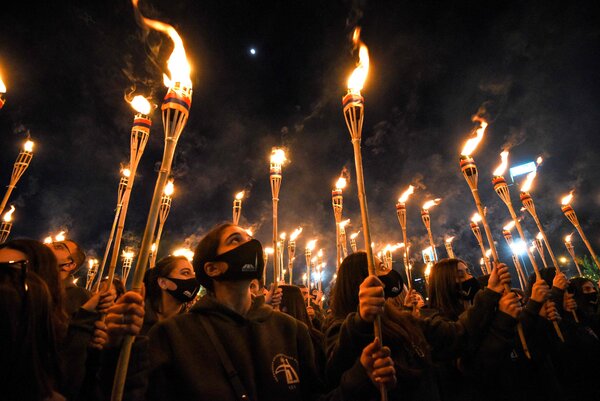 I am a first-generation Armenian-American and grandson of survivors of the Armenian genocide. President Biden’s recognition of mass killings of Armenians more than a century ago as a genocide was long overdue.

For decades, politicians from both parties played politics on this issue in an effort to appease Turkey for geopolitical reasons. But what they failed to understand was that this has never been a political issue, but rather a human rights one. President Biden’s statement further underscores that commitment to human rights and in some ways is a rebuke of realpolitik.

While Armenians around the world laud President Biden’s actions, our work is not done. Recognition of the Armenian genocide is one step and an inflection point in the long journey in seeking justice, due process and reparations for crimes against humanity that have gone unpunished.

President Biden took an important step by recognizing as genocide the mass violence against the Armenians of the Ottoman Empire. His recognition of a horrendous chapter of history is courageous in light of the threats of noncooperation in military and economic affairs regularly pronounced by Turkish officials, targeting countries that dare recognize the genocide that occurred in World War I.

It is important given the Turkish government’s international and domestic spread of “alternate truths,” its pursuit of an Orwellian order. Turkey’s leaders back up their disinformation campaign by threats of criminal prosecution against those who dare challenge the state.

Many courageous Turkish intellectuals stood up against such threats, and many paid the price of exile, prison or even death. Their courage is honored by the step President Biden took.

Joachim Savelsberg
St. Paul, Minn.
The writer is the author of “Knowing About Genocide: Armenian Suffering and Epistemic Struggles.”

Opinion | Not Down for the Count on China?