Home » Analysis & Comment » Opinion | Congress Can’t End Police Violence, but There’s a Lot It Can Do 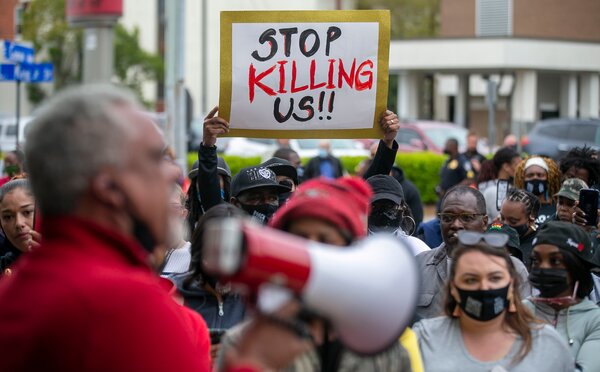 Dr. Goff is a psychologist at Yale and the chief executive of the Center for Policing Equity; Katie Porter, a Democrat, represents California’s 45th Congressional District.

Every 10 years, following a national census, the Constitution requires states to draw districts for each of the newly reapportioned 435 seats in the House of Representatives. Since districts were last drawn in 2011, law enforcement officers have killed a person in every one of them.

Faced with a pervasive national problem like police violence, we instinctively look for national solutions. Yet a year after George Floyd’s murder sparked one of the largest protest movements in history, congressional action has been modest at best. Derek Chauvin, the former Minneapolis police officer who murdered Mr. Floyd, has been sentenced to 22 and a half years behind bars. The George Floyd Justice in Policing Act — which would ban chokeholds, restrict the use of no-knock warrants and make some officers personally liable in civil court — remains stalled in the Senate.

Cities, counties and other localities are moving, comparatively speaking, at warp speed, rethinking whether armed officers should be the initial response to every crisis. Those efforts are a fitting response to a near-universal public sentiment: In a nationwide Gallup poll last summer, only 6 percent said that “no changes” to policing were needed.

Is it time to give up on Congress? Simply, no. Congress may not be leading, but it can provide vital support to the local heroes on the vanguard of reimagining public safety.

The Mental Health Justice Act, which one of us introduced in the House in February, exemplifies this approach. It would create a national grant program to pay for first responder units made up of mental health providers on the local level. When people call 911 because of a mental health crisis, these units would act as an emergency response team. Their goal would be to defuse the immediate crisis and serve as a gateway to resources such as counseling, substance abuse treatment and housing assistance. Decisions about when and how armed police officers would become involved would be left to each locality.

Opinion | Why Do We Think Suffering Is Good for Us?