Fools like me who believed that President Trump would “drain the swamp” in Washington have been enduring one disappointment after another. For the latest, he has exerted political pressure so the swampiest agency in town, the Export-Import Bank, can be restored to its full potential.

For nearly four years the Senate leadership has blocked confirmation votes to fill the vacancies on Ex-Im’s board of directors, depriving it of the quorum needed to authorize deals over $10 million. Sadly, Senate Republicans, led by Mitch McConnell and with the help of nearly all Democrats, are expected to end their blockage this week by confirming Kimberly Reed as the head of the bank and two other nominees to the board.

As a candidate Mr. Trump was anti-Ex-Im. Then as president he started calling the bank “a very good thing.” Supporters claim that money funneled through Ex-Im expands exports, small businesses and jobs. Without it, they say, America’s global “competitiveness” would be dealt a blow.

Critics like myself say that Ex-Im’s handouts amount to corporate welfare — often toward large companies like General Electric and Caterpillar — that does not meaningfully increase overall exports. This agency inflates the profits of the politically connected on the taxpayer’s dime. It also artificially grants an edge to foreign companies against which unsubsidized American businesses have to compete.

Which position is right? Thankfully, the bank’s inability in recent years to make big loans acted as a natural experiment to provide an answer. For a new study, the researcher Justin Leventhal and I looked at the data to determine whether the loss of subsidies has actually hurt its former beneficiaries.

For the fiscal years from 2014 to 2018, approvals by the bank fell to $3.6 billion from $21 billion (adjusted for inflation), which amounted to a good proxy for an Ex-Im-less world. Its current level of financing is minuscule when compared with the gigantic private export-financing market.

This evidence strongly suggests that Ex-Im has no effect on total exports — a finding consistent with an extensive body of economic literature showing that export subsidies have a negligible effect on the overall level of exports in such a large economy. In fact, even in its heyday, Ex-Im backed less than 2 percent of United States exports (that figure has since dropped to 0.3 percent).

This literature also shows that while export subsidies might help the bottom line of the beneficiaries (a select group of foreign buyers and domestic sellers), they hurt the broader economy by, among other things, distorting competition and creating moral hazard by shifting risk of bank loans to taxpayers. In short, as subsidized companies get a boost, the rest of us suffer a burden.

Here is the best news about Ex-Im’s absence of a quorum: It reduced corporate welfare. Until 2015, some 65 percent of the bank’s activities benefited 10 large domestic manufacturers, including General Electric and Caterpillar. Boeing alone received almost 40 percent of Ex-Im’s largess and close to 70 percent of all loan-guarantee deals. It’s no wonder Ex-Im is called “Boeing’s Bank.” In recent years, however, Boeing hasn’t gotten practically anything from Ex-Im.

But don’t cry for Boeing. It’s done just fine without taxpayer-backed support. In fact, Boeing’s market cap grew steadily despite losing Ex-Im funding. That’s because Boeing is a large company that is perfectly capable of finding private financing. And so can most of the bank’s clients, many of which are rich state-owned foreign enterprises.

In reality, winding down Ex-Im probably improved the aircraft financing market, with several new sources of financing emerging to fill the gap. The credit insurance companies Euler Hermes and Markel have both expanded their United States export financing. Last month, Apollo Global Management announced it would commit $1 billion to aircraft financing. Boeing itself even helped to create an entirely new financing program for its exports. The result was record sales for the company last year.

This good news isn’t unique to Boeing. As Diane Katz of the Heritage Foundation notes, while government-backed financing for commercial aircraft shrank to 4 percent of all commercial aircraft financing in 2018 from 30 percent in 2010, sales have skyrocketed. Clearly, aircraft are not a risky export, nor are they so risky as to deter private investors.

Another mistaken notion is that Ex-Im has primarily benefited small businesses in the past, as supporters like Senator Elizabeth Warren claim. In the 2014 fiscal year, small businesses received only 25 percent of Ex-Im aid. Oddly enough, when we dug into the data, we found that the first- and fourth-largest recipients of “small business” funds from Ex-Im were, respectively, the mom-and-pop shops of Caterpillar and Boeing. In contrast, since the lending cap was imposed, small businesses have now properly received a majority of the Ex-Im financing, with 66 percent heading their way.

The lack of a quorum has also reduced how much taxpayer money Ex-Im lavishes on relatively rich or growing countries. China is a great example. It is a growing economy, the second largest in the world, so China is not exactly a “risky” export destination. Despite this reality, exports to China represented 11 percent of the Ex-Im’s authorizations in the 2014 fiscal year. Since losing its quorum, Ex-Im cut this aid back to just 1 percent in 2018.

Larry Kudlow, a Trump economic adviser, called Ex-Im a “national security weapon” against China, but this argument alone refutes that contention. Restoring Ex-Im to its full board capacity means reverting to a system that was subsidizing China. After all, the largest foreign Ex-Im beneficiary in the 2014 fiscal year was none other than China.

Yet for now Boeing’s Bank has returned from the darkest depths of the swamp. Very soon it will resume subsidizing the likes of Chinese, stated-owned enterprises and other large businesses. But with so much data proving the irrelevance of Ex-Im, Congress should do the right thing and, on Sept. 30, allow its charter to expire. 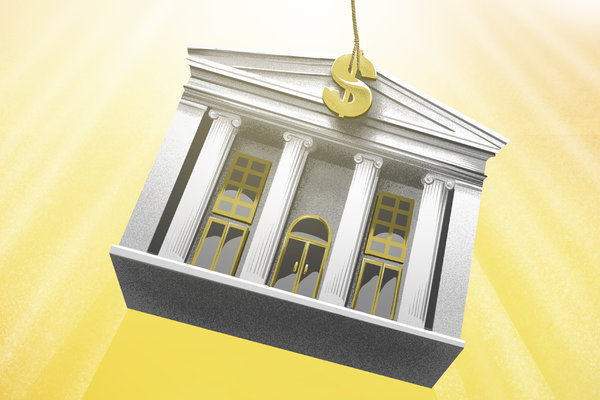 Opinion | More Than Twice the Size of Texas

Covid-19 vaccines: Safety is top priority, but what is safety?