Home » Analysis & Comment » Opinion | Cougars Are Heading East. We Should Welcome Them. 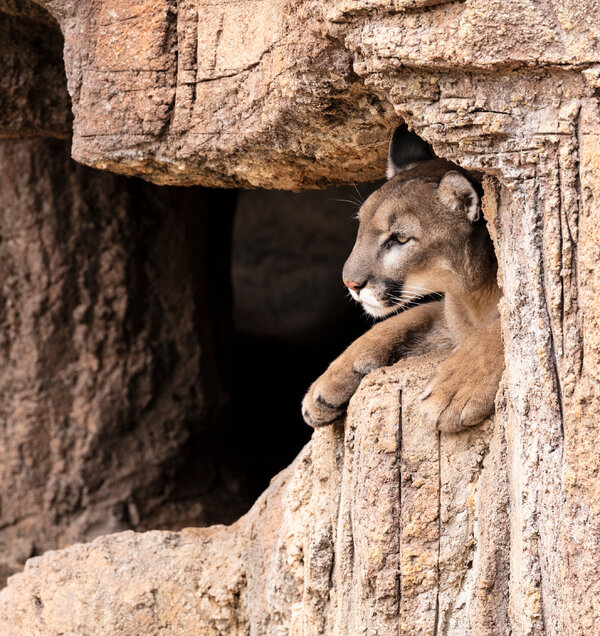 Dr. Elbroch is the director of the puma program at Panthera, a nonprofit group focused on protecting the world’s wild cats and the ecosystems they inhabit, and the author of “The Cougar Conundrum.”

Numerous cougar sightings were reported east of the Mississippi River last fall, encounters that have become more frequent in recent years. A trail camera glimpsed one in northern Minnesota, for instance, while authorities captured another in Springfield, Ill., after it had made its way there from Nebraska. Yet another was fatally struck by a car on I-88 west of Chicago.

Cougars once had the run of the continent, ranging far and wide. But they were virtually eliminated in the Eastern United States by the early 1900s (except for a small population that survives in Florida), victims of bounty hunting and habitat loss. In recent decades, their numbers in the Western United States, where they were also once targeted for eradication, have rebounded, and now these big cats, also known as mountain lions, panthers and pumas, are slowly moving east.

Newly published research by me and 12 colleagues has pinpointed over a dozen landscapes large enough to sustain cougars indefinitely in states that border or are east of the Mississippi. Their return would most likely result in healthier forests, safer roadways, less zoonotic disease and, in turn, healthier human communities.

This will all depend, of course, on whether we can learn to coexist with these top-tier carnivores. As a scientist who has studied these cats for years, I’m confident that we can. But it will require planning that must begin now, new state policies, public outreach, and education and support from the public for a creature that was once purposefully pushed toward oblivion.

Our team of researchers explored the habitat potential for cougars using factors important for cougar survival, like forest cover, distance to development and highways, human population density and how people perceive wildlife. Our research, which was published online last week in the journal Biodiversity and Conservation, shows there is plenty of room for them.

Results revealed 17 areas in the Upper Midwest, Ozarks, Appalachia and New England, each at least or nearly twice the size of Yosemite National Park, that fit the bill. Of these, 13 had enough space to support long-term cougar populations. Another study separate from ours showed similar results.

A study published online last week in the journal Biodiversity and Conservation identified areas in the Eastern United States that would be suitable for sustaining cougar populations.