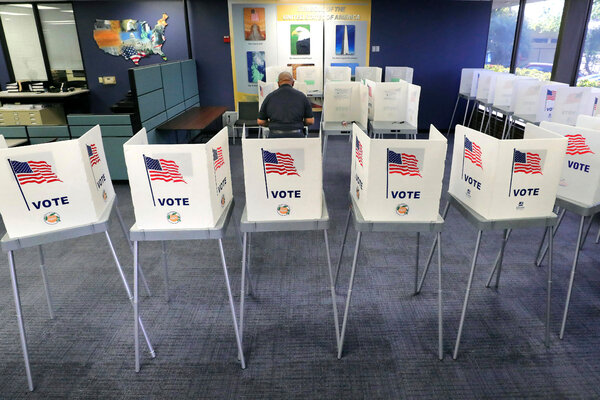 Mr. Kuttner is the author of “Going Big: FDR’s Legacy, Biden’s New Deal, and the Struggle to Save Democracy.”

In November, the Democrats are widely expected to lose the House and probably also the Senate. Large defeats are the norm for a new president’s first midterm. A harbinger is a president’s approval rating, and President Biden’s stands at a lackluster 41.1 percent.

But standard political history may not be a good guide to 2022. The Democrats are facing long odds, but there are several reasons this could be an unusual political year.

For starters, Donald Trump is just as likely to hobble Republicans as he is to energize them. Mr. Trump will not be on the ballot, but many of his surrogates will. He has endorsed over 175 candidates in federal and state elections, and in his clumsy efforts to play kingmaker, Mr. Trump has promoted some badly compromised candidates and challenged party unity.

In the Georgia primary for governor, a Trump surrogate, Sonny Purdue, is polling well behind Mr. Trump’s nemesis, the incumbent Brian Kemp. In the Georgia Senate race, Mr. Trump’s endorsed candidate, Herschel Walker, is running away from his past and locked in a tight race against the incumbent Raphael Warnock. It may not happen again, but in 2020, Mr. Trump’s meddling backfired and helped Democrats take two Senate seats.

To hold the Senate, Democrats need to defend incumbents in New Hampshire, Arizona, Nevada and Georgia. But they have pickup opportunities in several states.

Women leaders and alpha males up against Covid-19

Conor Skehan: 'Q: How do we fix Dublin's traffic problems? A: Start in Galway'

Mary Kenny: 'Brexit is too complex to be explained by Brit-bashing'