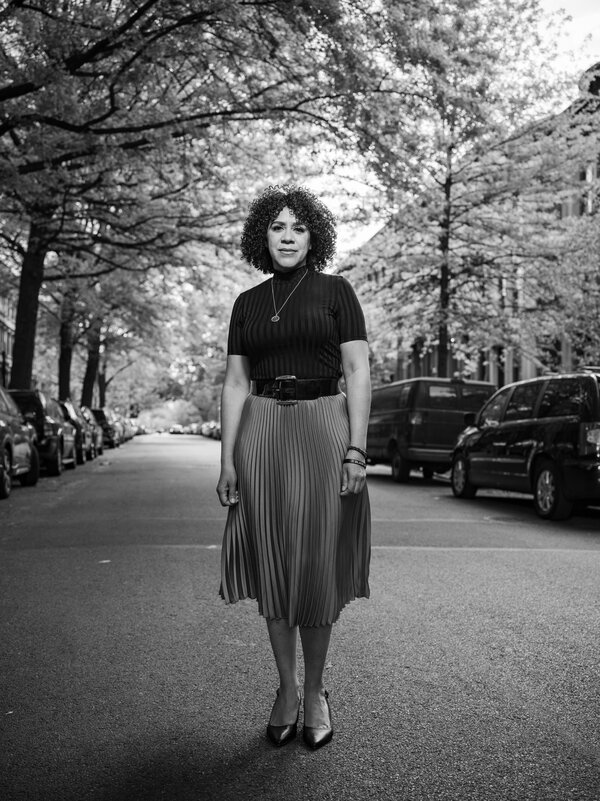 This interview with Ms. Morales was conducted by the editorial board of The New York Times on April 26.

Read the board’s endorsement for the Democratic mayoral primary here.

Kathleen Kingsbury: Thank you so much for joining us. We wanted to start out by asking you if you could spend one or two minutes talking about why you want this job and why you’re the best candidate in the field. Brevity will be appreciated on all these answers, only because we just don’t have enough time with you. But I will let you start from there. I am sure several of my colleagues will have lots of questions for you.

Great. So sure. Thank you all for having me. Apologies for the technological difficulties early on. So, I’m running for mayor. Right now, 700,000 of the 1.1 million students who attend our public schools — the families, the majority Black and brown families — do not trust their kids to go back to our public schools. We know also that during the pandemic, some New Yorkers were treated graciously by friendly officers who handed out P.P.E. to them, while at the same time other Black and brown New Yorkers were met with more of the same brutality and unnecessary police force, physical force, that I have been speaking out about. The city boasted of its broadband efforts under the de Blasio administration. And yet, during this pandemic we’ve seen too many young people who actually felt the impact of the design of poverty on our city.

[The Times editorial board has written on the need to expand access to broadband, particularly in the context of the pandemic.]

And at the same time, food and housing insecurity has existed in the city while Wall Street has flourished over the course of the last 15 months in particular. And 20 percent of our household earners control over 54 percent of the city’s wealth. I am in this race because I think it is time for our city to live up to the rhetoric and the potential of actually being the greatest city in the world. And that means being willing to confront and reconcile and address the deep inequities and injustices that have been perpetuated in the city for far too long.

We don’t need reform. We don’t need renewal. What we need is to actually transform our city and finally create a city and build a city together that works for all of us. We know that politics as usual has never worked. And the idea of continuing to do the same thing and expecting a different outcome is in fact the definition of insanity.

So what I am proposing is a radically transformative new New York City that I am proposing to rebuild, to build in partnership with the communities that have been left behind for so long, that means women of color, it means the disabled, it means our essential workers, our undocumented workers. We need to build a city that works for them, because we know that throughout this pandemic they have worked for us. So that is why I want this job. I also believe that I have the skills and experience that make me uniquely qualified to do it successfully. So thank you for having me here today. I’m excited to be here for this conversation.

Mara Gay: Thank you. It’s a great segue into the next question for you. As mayor, you would be running a city with more than 300,000 employees and a budget larger than that of many small nations. How does running a nonprofit prepare you for this role?

Great question. Running a nonprofit prepares me for this role in a lot of different ways. One is, the nonprofit sector is probably the only sector where you know that you are going to be reimbursed from the beginning, that you’re going to be reimbursed at 80 cents on the dollar to the actual costs that it takes to operate and to provide services. I have done that not only successfully, I have closed those budgets.

I have grown the program budgets in the organizations that I run. And I have done it without compromising the quality of the services that I’ve provided to the most vulnerable New Yorkers. In that capacity, I have served as an executive of large organizations whose job and mission is to actually serve communities and people directly, to have a direct impact on improving the quality of those people’s lives on a day-to-day basis, not writing policy papers that sit on the shelf, not opining about the impact of one policy or another, actually doing the work, being confronted on a daily basis with the challenges that people are facing and actually having to come up with the solutions and the strategies to help people overcome that. And I have done that successfully.

The last thing I’ll say on this is that I also have lived experience that makes it such that I have direct understanding of the frustrations and the challenges that people have to overcome and navigate on a daily basis in order to try to live in dignity and provide for their families. So I think that all of those things in combination, actually, not only as a nonprofit executive, prepare me for this role, but actually uniquely prepare me for this role as opposed to some of my peers in this race.

Mara Gay: Thanks. And just very briefly, about how many people have you managed, give or take? And what’s your management style?

Sure. So the largest team I’ve managed was probably about 500. My management style is that I’m really good at surrounding myself with people who I think are smarter than me, people who I know sort of offset the different things that I may or may not bring to the table. Very collaborative in terms of trying to solicit people’s ideas and thoughts and also being able to co-create those solutions and strategies.

But I think the other thing is the ability to sort of make tough decisions when need be and do it in such a way that even those who are in opposition somewhat begrudgingly come along, because they understand the rationale and the sort of reasoning behind the decision and feel invested in the long-term outcome. I think it’s really important that no matter how big the organization or the city, that every person that is connected and that is doing a job or work related to the city understands the role that they specifically play and the value that they bring. Because I think ultimately everybody just wants to feel valued and wants to feel like they’re doing a good job. No one gets up every day and says: “I don’t care. I don’t really want to do a good job at this.” So making sure that people feel valued and respected and a part of the solution is a critical part of being successful as an executive.

Alex Kingsbury: I’m wondering if you can talk about what you think explains the rise in violent crime and what you would do about it if elected mayor.

Sure. So I think we can’t really separate or tease out the rise in crime, the so-called rise in crime from all of the other insecurities that people have experienced over the course of the last 15 months.

You know, we’re talking about people who have been increasingly housing insecure, people who have been increasingly food insecure, people who have not had access to health care or mental health care. There’s a level of sort of desperation that people are feeling and experiencing that is pushing people over the edge. And I think that there are definitely people that were experiencing, suffering from mental health challenges before the pandemic that have just gotten exacerbated as a result of it.

So I think that one of the critical things that needs to be done in order for us to begin to address the increased violence that our communities are experiencing is to actually address our basic human needs, to make sure that everyone has a stable roof over their heads, that everyone has access to and knows where their next meal is coming from. And everybody has access to the basic sort of economic stability that they need.

Opinion | ‘The Tipping Point I Dread the Most’

Kevin Doyle: 'Election pressure mounts as leaders try not to mess up'