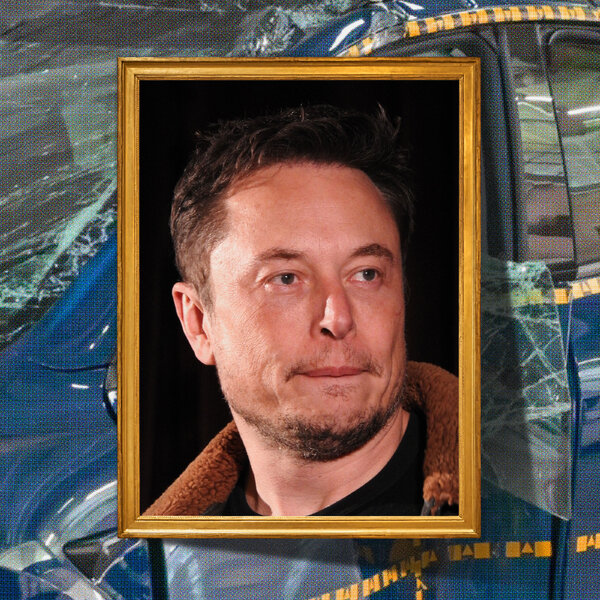 If you’re one of those people who bought Bitcoin or another cryptocurrency near its peak last fall, you’ve lost a lot of money. Is it any consolation to know that you would have lost a similar amount if you had bought Tesla stock instead?

OK, probably not. Still, Tesla stock’s plunge is an opportunity to talk about what makes businesses successful in the information age. And in the end, Tesla and Bitcoin may have more in common than you think.

It’s natural to attribute Tesla’s recent decline — which is, to be sure, part of a general fall in tech stocks, but an exceptionally steep example — to Elon Musk’s purchase of Twitter and the reputational self-immolation that followed. Indeed, given what we’ve seen of Musk’s behavior, I wouldn’t trust him to feed my cat, let alone run a major corporation. Furthermore, Tesla sales have surely depended at least in part on the perception that Musk himself is a cool guy. Who, aside from MAGA types who probably wouldn’t have bought Teslas anyway, sees him that way now?

On the other hand, as someone who has spent much of his professional life in academia, I’m familiar with the phenomenon of people who are genuinely brilliant in some areas but utter fools in other domains. For all I know, Musk is or was a highly effective leader at Tesla and SpaceX.

Even if that’s the case, though, it’s hard to explain the huge valuation the market put on Tesla before the drop, or even its current value. After all, to be that valuable Tesla would have to generate huge profits, not just for a few years but in a way that could be expected to continue for many years to come.

Now, some technology companies have indeed been long-term moneymaking machines. Apple and Microsoft still top the list of the most profitable U.S. corporations some four decades after the rise of personal computers.

But we more or less understand the durability of the dominance of Apple and Microsoft, and it’s hard to see how Tesla could ever achieve something similar, no matter how brilliant its leadership. Both Apple and Microsoft benefit from strong network externalities — loosely speaking, everyone uses their products because everyone else uses their products.

In the case of Microsoft, the traditional story has been that businesses continued to buy the company’s software, even when it was panned by many people in the tech world, because it was what they were already set up to use: Products like Word and Excel may not have been great, but everyone within a given company and in others it did business with was set up to use them, had I.T. departments that knew how to deal with them, and so on. These days Microsoft has a better reputation than it used to, but as far as I can tell its market strength still reflects comfort and corporate habit rather than a perception of excellence.

Apple’s story is different in the details — more about individual users than institutions, more about physical products than about software alone. And Apple was widely considered cool, which I don’t think Microsoft ever was. But at an economic level it’s similar. I can attest from personal experience that once you’re in the iPhone/iPad/MacBook ecosystem, you won’t give up on its convenience unless offered something a lot better.

Similar stories can be told about a few other companies, such as Amazon, with its distribution infrastructure.

The question is: Where are the powerful network externalities in the electric vehicle business?

Electric cars may well be the future of personal transportation. In fact, they had better be, since electrification of everything, powered by renewable energy, is the only plausible way to avoid climate catastrophe. But it’s hard to see what would give Tesla a long-term lock on the electric vehicle business.

I’m not talking about how great Teslas are or aren’t right now; I’m not a car enthusiast (I should have one of those bumper stickers that say, “My other car is also junk”), so I can’t judge. But the lesson from Apple and Microsoft is that to be extremely profitable in the long run a tech company needs to establish a market position that holds up even when the time comes, as it always does, that people aren’t all that excited about its products.

So what would make that happen for Tesla? You could imagine a world in which dedicated Tesla hookups were the only widely available charging stations, or in which Teslas were the only electric cars mechanics knew how to fix. But with major auto manufacturers moving into the electric vehicle business, the possibility of such a world has already vanished. In fact, I’d argue that the Inflation Reduction Act, with its strong incentives for electrification, will actually hurt Tesla. Why? Because it will quickly make electric cars so common that Teslas no longer seem special.

In short, electric vehicle production just doesn’t look like a network externality business. Actually, you know what does? Twitter, a platform many of us still use because so many other people use it. But Twitter usage is apparently hard to monetize, not to mention the fact that Musk appears set on finding out just how much degradation of the user experience it will take to break its network externalities and drive away the clientele.

Which brings us back to the question of why Tesla was ever worth so much. The answer, as best as I can tell, is that investors fell in love with a story line about a brilliant, cool innovator, despite the absence of a good argument about how this guy, even if he really was who he appeared to be, could found a long-lived money machine.

And as I said, there’s a parallel here with Bitcoin. Despite years of effort, nobody has yet managed to find any serious use for cryptocurrency other than money laundering. But prices nonetheless soared on the hype, and are still being sustained by a hard-core group of true believers. Something similar surely happened with Tesla, even though the company does actually make useful things.

I guess we’ll eventually see what happens. But I definitely won’t trust Elon Musk with my cat.

Is the age of social media ending?

The biggest companies over the long run.

So there’s a new graphic novel about Tori Amos; the record company wanted to get rid of the piano! Here’s why that would have been a crime.

Opinion | The Risks of Asbestos, Russian or Not

Opinion | The Wealth of Ambassadors: Does It Matter?