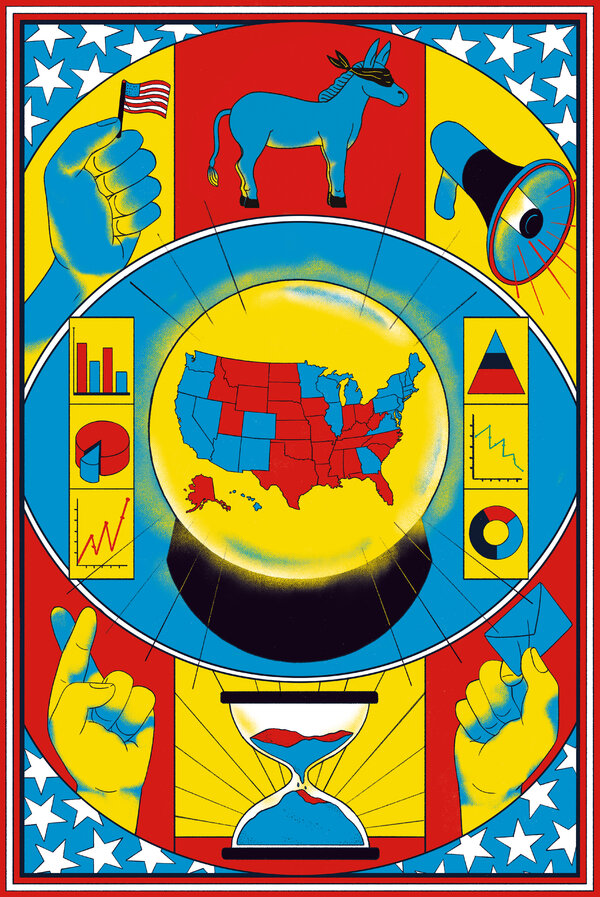 Ezra Klein’s discussion of David Shor’s predictions about impending disaster for the Democratic Party in upcoming Senate elections was both fascinating and frustratingly incomplete.

For one, he did not discuss the specific seats in play and in jeopardy in 2022 and 2024. Surely local issues and the attractiveness of individual candidates will play some role in the outcome.

Second, if a decent part of the Biden agenda finally becomes law and if the pandemic wanes, isn’t there a reasonable prospect that a significant piece of the electorate will want to keep it going? We keep hearing how popular infrastructure renewal and long-overdue safety net improvements are.

Perhaps the ingrained disadvantages that Democrats face in the electoral system can be overcome by people feeling better about their lives. Messaging may well be less of a factor than Mr. Shor fears.

Larry Simonberg
Bronx
The writer was a spokesman for Mayor Ed Koch of New York from 1983 to 1989.

I’ll tell you why David Shor is wrong, like many of the consultants I’ve encountered who often have a brand rather than a unique skill: 1) Focus groups and polling aren’t real life. 2) Human beings are irrational actors and their motivations shift unpredictably. 3) Most voters don’t vote for issues; they vote for candidates who appear powerful, in charge and decisive.

Donald Trump explains all of these things. Most of the issues he spotlights are unpopular in polling and focus groups, yet he got more than 70 million votes in 2020 and is quite likely going to win in 2024. Democrats need passionate, vital candidates, not reactive data jockeys.

David Billotti
Rockville, Md.
The writer is a communications consultant.

The Trump base is not reclaimable by Democrats. Donald Trump exposed the undercurrent of anger, fear and racism lurking in our country and made expressing those feelings acceptable within the Republican Party. Worse, he prodded that base to vote. And there is every reason to believe that will happen again.