Good government has never found a home in Albany because so many of the people who’ve run New York’s state government have liked things just the way they’ve always been. Now some of them are uncomfortable because a proposal before the Legislature would make it easier for independent candidates to challenge this old guard and increase competition in elections.

Gov. Andrew Cuomo has included a measure in his budget proposal to set up a voluntary system beginning in 2021 or 2022, in which candidates would receive $6 in public funds for every dollar they raise, up to the first $175 of every donation. The plan would amplify the power of small donors, making it easier to mount a campaign. More insurgent candidates would mean more fresh ideas over time and pressure on all officeholders to focus more sharply on serving their constituents.

To qualify for public funds, candidates would need to raise a certain amount of money from a specific number of donors, depending on the office. A State Senate candidate, for example, would have to raise $20,000 in contributions from residents in the district in which she is running, with 200 contributions between $10 and $175.

Officials in the Cuomo administration have estimated that the state’s program would cost between $100 million and $200 million per election cycle. While that’s a serious investment, it would be money well spent, with a state budget that was nearly $170 billion last year.

In 1988, New York City adopted a similar public financing system — which it has since strengthened — in the aftermath of a series of corruption scandals.

“We made the reforms in a time of great crisis,” Frederick A.O. Schwarz Jr., who led the city’s charter revision committee and is now chief counsel of the Brennan Center for Justice, said in a phone interview.

New York City’s public finance system distributed $17.7 million in public funds in 2017, at a 6-to-1 match, for three citywide races, five borough presidency races and 51 City Council races. New York City’s program — which now has an 8-to-1 match — has worked well to foster competition and challenge entrenched party machines. In 2017, for example, only five of 41 City Council members up for re-election, or 12 percent, didn’t face an opponent, according to a report from the Campaign Finance Board, which oversees the city’s public financing program. A year earlier, 26 percent of state lawmakers up for re-election ran without an opponent. In a special election for public advocate last month — maybe the best example of how competitive New York City races have become — 16 of the 17 candidates participated in the public finance program.

This reform has momentum in Albany. Along with Governor Cuomo, Andrea Stewart-Cousins, the Senate majority leader, supports the proposal in the budget, which must be approved by April 1.

Passage could be harder in the much larger Assembly, where too many lawmakers view public financing as a threat to their re-election. The speaker, Carl Heastie, said this month that his members were concerned that the plan would leave them hamstrung in the face of independent expenditure groups that can flood a race with money. This argument doesn’t hold water. Candidates who participate in the program would be able to keep raising private funds once they have hit the matching fund limit, and participation is voluntary.

It’s likely that the real reason for opposition to the plan is that it empowers small donors, making it easier for challengers to run against incumbents. In 2016, Mr. Heastie carried a public financing bill. The Assembly approved similar campaign-finance legislation 10 years ago. Those feats were made easier then, perhaps, by the knowledge that the Republican-controlled Senate would never allow such bills to become law. Now that the Senate is in Democratic hands, the Democratically controlled State Assembly isn’t quite as eager.

Mr. Heastie has supported good causes, from criminal justice reform to laws to better protect renters. It is unlikely he wants to be known as the speaker who stood in the way of such momentous reform.

Yet Mr. Heastie is not on board. The Assembly’s budget proposal does not include the program. On Friday, he said a campaign financing system shouldn’t rely on “scarce public funds.”

He’s got that wrong. What the public really can’t afford is a state government that’s incapable of delivering for it. 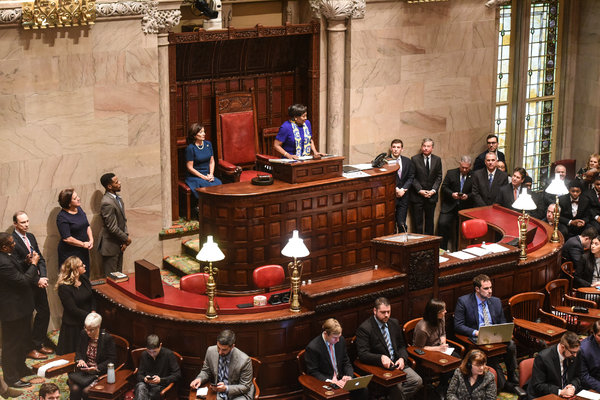 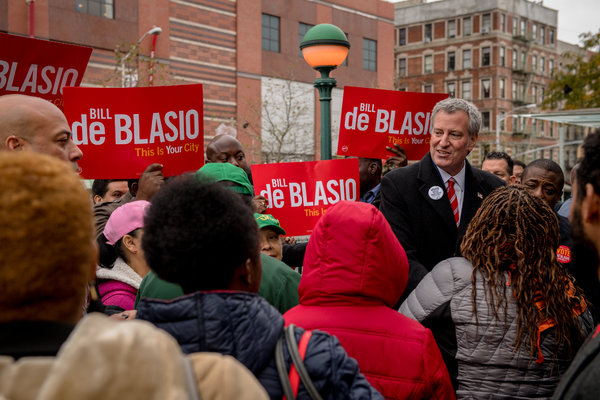 To leave or not to leave WhatsApp, that is not the question