Home » Analysis & Comment » Opinion | Is the Inflation Storm Letting Up? 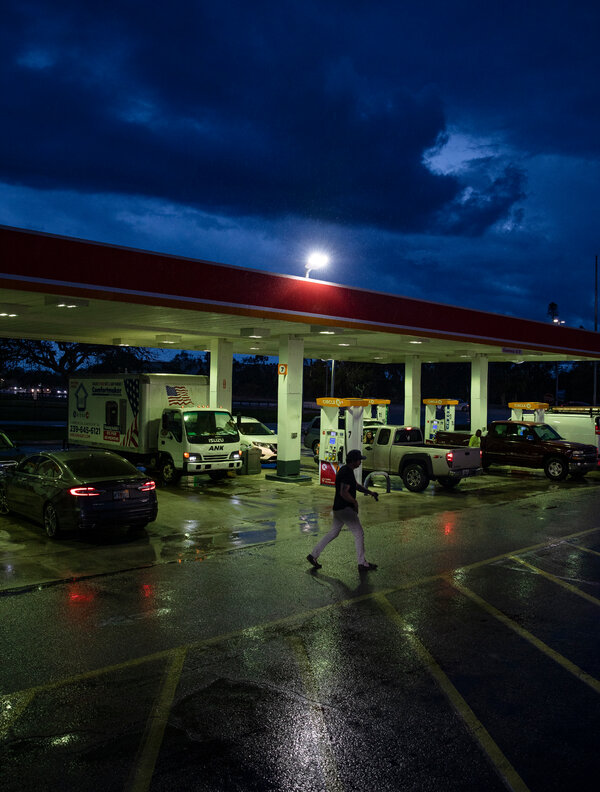 The average national price of regular gasoline this Christmas was almost 20 cents a gallon lower than it was a year earlier. Prices at the pump are still higher than they were during the pandemic slump, when economic shutdowns depressed world oil prices, but the affordability of fuel — as measured by the ratio of the average wage to gas prices — is most of the way back to pre-Covid levels.

Now, gas prices aren’t a good measure either of economic health or of successful economic policy — although if you listened to Republican ads during the midterms, you might have thought otherwise. But subsiding prices at the pump are only one of many indicators that the inflationary storm of 2021 to ’22 is letting up. Remember the supply-chain crisis, with shipping rates soaring to many times their normal level? It’s over.

So is this going to be the winter of our diminishing discontent?

After the nasty shocks of the past two years, nobody wants to get too excited by positive news. Having greatly underestimated past inflation risks myself, I’m working hard on curbing my enthusiasm, and the Fed, which is worried about its credibility, is even more inclined to look for clouds in the silver lining. And those clouds are there, as I’ll explain in a minute. It’s much too soon to declare all clear on the inflation front.

What’s really striking about the improvement in inflation numbers is that so far, at least, it hasn’t followed the pessimists’ script. Disinflation, many commentators insisted, would require a sustained period of high unemployment — say, at least a 5 percent unemployment rate for five years. And to be fair, this prediction could still be vindicated if recent progress against inflation turns out to be a false dawn. However, inflation has declined rapidly, even with unemployment still near record lows.

What explains falling inflation? It now looks as if much, although not all, of the big inflation surge reflected one-time events associated with the pandemic and its aftermath — which was what Team Transitory (including me) claimed all along, except that transitory effects were both bigger and longer lasting than any of us imagined.

First came those supply chain issues. As consumers, fearing risks of infection, avoided in-person services — such as dining out — and purchased physical goods instead, the world faced a sudden shortage of shipping containers, port capacity and more. Prices of many goods soared as the logistics of globalization proved less robust and flexible than we realized.

Then came a surge in demand for housing, probably caused largely by the pandemic-driven rise in remote work. The result was a spike in rental rates. Since official statistics use market rents to estimate the overall cost of shelter and shelter, in turn, is a large part of measured inflation, this sent inflation higher even as supply-chain problems eased.

But new data from the Cleveland Fed confirms what private firms have been telling us for several months: Rapid rent increases for new tenants have stopped, and rents may well be falling. Because most renters are on one-year leases, official measures of housing costs — and overall inflation numbers that fail to account for the lag — don’t yet reflect this slowdown. But housing has gone from a major driver of inflation to a stabilizing force.

So why shouldn’t we be celebrating? You can pick over the entrails of the inflation numbers looking for bad omens, but I’m ever less convinced that anybody, myself included, understands inflation well enough to do this in a useful way. Basically, as you exclude more and more items from your measure in search of “underlying” inflation, what you’re left with becomes increasingly strange and unreliable.

Instead, my concern (and, I believe, the Fed’s) comes down to the fact that the job market still looks very hot, with wages rising too fast to be consistent with acceptably low inflation.

What I would point out, however, is that many workers’ salaries are like apartment rents, in the sense that they get reset only once a year, so official numbers on wages will lag a cooling market, and there is some evidence that labor markets are, in fact, cooling. Official reports in January — especially on job openings early in the month and on employment costs at the end — may (or may not) give us more clarity on whether this cooling is real or sufficient.

Oh, and with visible inflation slowing, the risks of a wage-price spiral, which I never thought were very large, are receding even further.

So we’ve had some seriously encouraging inflation news. There are still reasons to worry, and the news isn’t solid enough to justify breaking out the Champagne. But given the season, I am going to indulge at least in a glass or two of eggnog.

WWII veteran asks for 100 cards to celebrate his 100th birthday

Opinion | Why Andrew Luck’s Retirement Was So Shocking