Home » Analysis & Comment » Opinion | Israel Has Serious Problems, but Impending Fascism Isn’t One of Them 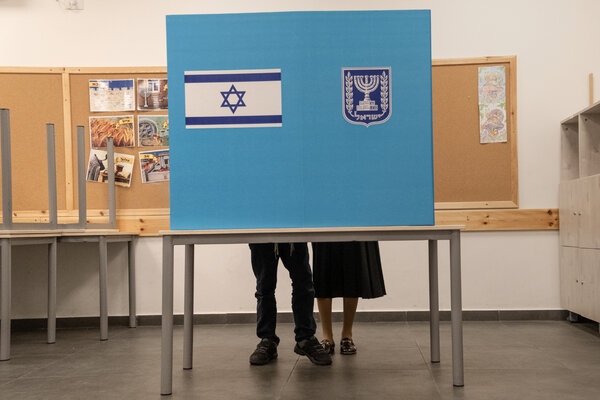 JERUSALEM — Anshel Pfeffer, a columnist for the left-wing newspaper Haaretz, was appalled last week after the Israeli electorate gave a far-right alliance nearly 11 percent of the vote, making it the third-largest parliamentary bloc in the Knesset. He calls the bloc leader, Itamar Ben-Gvir, a “fascist,” a description that fits a man who once kept a portrait of the Israeli terrorist Baruch Goldstein in his living room.

But Pfeffer is also keeping a sense of perspective. “It’s awful that 11 percent of Israelis voted for these people,” he tells me as we make our way to a relaxed Saturday lunch in the village of Ein Kerem. “Now tell me: What percentage of the French voted for Marine Le Pen’s fascists?”

The answer is 41 percent. When it comes to the drift of democratic politics toward the far right — whether it’s in France, Italy, Sweden or the United States — Israel remains a laggard.

That’s a point worth bearing in mind amid the hand-wringing, here and abroad, about the state and character of Israel’s democracy. The country has had five elections since 2019, a function of an evenly split electorate and unstable coalition politics. It has returned Benjamin Netanyahu for his third turn as prime minister, a testament both to his political gifts and to his appetite for power. Israelis are tired of going to the polls, though 71 percent of the electorate still turned up to vote last week. And unlike in the United States, pretty much everyone accepts the official results.

None of this suggests a fading democracy. Netanyahu may cut an unpopular figure in much of the West, but the country flourished economically during his tenure and forged new alliances in the Middle East and Africa. Israeli security officials know that while Netanyahu likes to talk tough in public, he’s a cautious and mostly risk-averse steward of the national interest.

He’s also not about to overthrow Hamas in Gaza (which he once told me was his preferred alternative) or dismantle the Palestinian Authority in the West Bank. His views on the Palestinians reflect a resigned Israeli consensus: Peace will come when a future generation of Palestinian leaders — not the theocrats of Hamas or the kleptocrats of Fatah — abandon their dreams of destroying the Jewish state. Until then, Israel will accept an unhappy status quo as the best of bad alternatives.

So what is it that ails Israel? The election holds two important clues, though they aren’t the ones foreign observers usually notice.

The first is the political self-destruction of the Israeli left. Meretz, Israel’s progressive party, failed to win a single seat in the parliament after taking six in the 2021 elections. Labor, Israel’s historic center-left party, is down to four seats from seven.

“Ever since the Palestinians violently disproved the Israeli left’s assumption that withdrawing from the West Bank and Gaza would bring peace, the left has no compelling message for Israeli voters,” says Einat Wilf, a former Labor member of parliament. “Also, like everywhere in the world, right-wing populist parties rise when the concerns, especially of the lower classes, around crime and immigration are looked down upon.”

There’s a lesson there for the Democratic Party. But it’s also a bad omen for Israel. The country needs a relevant, appealing and politically potent left as a viable check on the populist, xenophobic and anti-secular impulses of the right. For now, there isn’t one, a defect that will have long-term consequences for the character and vibrancy of Israeli society if nothing changes.

The second clue is that the deepest divide in Israeli politics, between the Jewish majority and the Arab minority, is becoming wider. In Lod, an Arab-Jewish city that was the scene of violent intercommunal rioting and looting in May 2021, Ben-Gvir’s party saw its vote tally double from the last election. So did Balad, the most extreme of Israel’s Arab parties, Pfeffer told me. Arab towns in Israel have been swept up in a huge crime wave, becoming local mafia kingdoms into which Israel’s police seldom venture.

On Monday, I spoke with Muhammed Khalaily, a researcher with the Israel Democracy Institute (on whose advisory council I sit), about what the election means. “It wasn’t a huge surprise,” he told me. “It’s a tactical translation of deep undercurrents that have been developing in recent years of excluding Arabs and singling them out.” Even the outgoing government’s historic inclusion of an Arab party in its coalition changed little after it failed to get appreciably higher budgets for Arab priorities, particularly on security, education and work opportunities.

Have things passed a point of no return? Khalaily thinks not. It will require not just a tremendous reallocation of resources (as well as some basic policy changes, like making bank credit more available to Arab businesses so that they needn’t rely on local crime bosses), but a complete change of mind-set. Khalaily says Ben-Gvir “thinks the way to deal with that is to exert Jewish supremacy and force Arabs into submission. It’s not the way to go.”

Every Israeli election comes in two stages: first the vote itself, then the horse-trading that goes into forming a coalition. There’s still time for Netanyahu and his erstwhile rivals to put aside their petty differences, freeze Ben-Gvir and his repugnant allies out of the next government and finally start to treat Israel’s Arabs as full fellow citizens rather than as a potential fifth column. That would be true statesmanship — a worthy bequest to all the people of Israel, regardless of how, or whether, they worship.

Dan O'Brien: 'If Ireland doesn't dodge US and UK bullets, this rosy and reckless Budget may prove very costly'