MISSOULA, Mont. — This state is now red. Not the light red it used to be; not a red-and-blue checkerboard coaxing the eyes to see purple. Just a deep red.

Every statewide race in Montana went Republican this week, with record voter turnout: president, Senate, House, governor, attorney general, secretary of state, auditor. And both houses of the state Legislature retained a Republican majority. Come 2021, for just the fourth time since 1921, Republicans will hold Montana’s house, senate and governorship.

This once proudly nonpartisan state is on the brink of becoming “like North Dakota, South Dakota and Idaho, where Republicans rule everything and there’s no question about who’s going to be in power,” Mike Dennison, chief political reporter for Montana Television Network, told me.

Montana has had a Democratic governor since 2004, but he and other veterans of the political scene were not surprised by this year’s result. Just before Election Day, Mr. Dennison predicted that the Democrats would be routed. “Republicans have been increasing their strength for the last 30 to 40 years,” he told me.

The election of Greg Gianforte as governor will have the most immediate effect on Montanans. A wealthy software entrepreneur who spent $7.5 million of his own money to defeat his opponent, Mr. Gianforte is a politician in President Trump’s image. He has played down the risks of the coronavirus, derided unions and the public sector and based his policymaking on the Bible. He has also brutalized the media: In 2017, he body-slammed a reporter for The Guardian and later pleaded guilty to misdemeanor assault.

In his politics and personality, Mr. Gianforte would seem out of sync with most Montanans. He’s a deeply partisan Republican in a place that values ideological independence; he’s a brawler in a place that values niceness; and he’s an urban newcomer, a transplant from the East Coast, in a place that values rural, multigenerational roots. Montana politics was once known for producing centrist Democrats, like Senators Mike Mansfield and Max Baucus, and pragmatic Republicans like Marc Racicot, a governor who dealt plainly with Democratic legislators and recently said he would vote for Joe Biden.

Mr. Gianforte, on the other hand, seems to have made a savvy Trump-era wager: that a strongman persona and reputation in business were enough to prevail. He’s a tycoon whose policies favor the rich, but still won handily in nearly all of rural Montana, where rates of poverty and unemployment tend to be high. He campaigned on tax cuts and reopening the economy, coronavirus be damned; he also softened his take on health care, vowing to protect those with pre-existing conditions.

Labor advocates in Montana worry that, when he takes office, Mr. Gianforte will begin to abandon the state’s traditional support for social welfare and workers’ rights. Like other Western states, Montana has a libertarian ethos, but it also has one of the nation’s most impressive socialist histories, a relatively durable union movement and a rising Native American political class.

It also has serious problems to solve. Nearly 13 percent of residents live in poverty, but Mr. Gianforte, who is the state’s current at-large congressman, has shown little interest in helping Montana’s low-wage workers. Last year, he voted against a House bill to increase the federal minimum wage to $15 — even though in his home county a single parent raising two children must earn more than an estimated $30 per hour to cover basic needs.

Mr. Gianforte has signaled that he will place restrictions on workers’ right to organize. He has endorsed the expansion of charter and religious schools, which the state’s unionized public-school teachers see as an assault on their jobs. During the campaign, Mr. Gianforte’s running mate for lieutenant governor, Kristen Juras, told a crowd of voters that he would not veto a private-sector right-to-work bill. (She later walked back that statement.)

Montanans such as Henry Cellmer, business manager of the Plumbers and Pipefitters Union Local 30, in Billings, say the new governor’s intentions are clear. Once Mr. Gianforte takes office, Mr. Cellmer predicted, “We’ll have a right-to-work state within 90 days.”

Mr. Cellmer joined Local 30 more than four decades ago, just out of high school. His union now supports some 400 workers who build and repair piping for things like ventilation systems across the region. At the start of the pandemic, Mr. Cellmer said, 70 percent of his members found themselves unemployed. Later, they began to go out on jobs again and were helped by federal pandemic unemployment relief, he told me, “but I see another tough year coming for our industrial work. Some of these guys are going to be hurting.”

Although the union tried to explain that Republican policies would likely translate into lower pay, a fair number of the members continued to back Mr. Trump and Mr. Gianforte because “they’re worried about people taking their guns,” Mr. Cellmer explained. 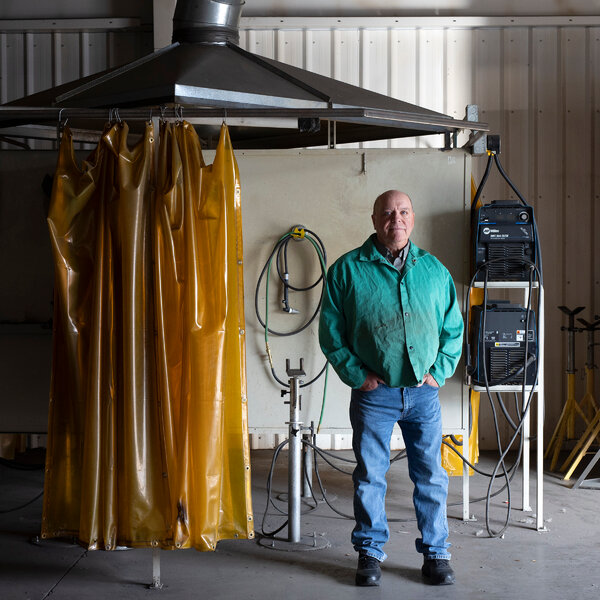 When workers lose hours, they also lose their health insurance, yet Mr. Gianforte has long opposed the Affordable Care Act and called for “repeal and replace.” He voted against a bill meant to strengthen coverage as well as a funding amendment that would have made it harder for the Department of Justice to challenge the A.C.A. (which it is doing now, before the Supreme Court).

While running for governor, however, Mr. Gianforte switched course and said that he would not support repeal — an acknowledgment of how popular the law is with the 130,000 Montanans covered by expanded Medicaid and the insurance exchange.

Celeste Thompson, a home health aide and activist in Missoula, is one such Montanan. After the state passed Medicaid expansion under the A.C.A. in 2015, she told me, she was able to buy eyeglasses for the first time in years. Before that, Ms. Thompson had relied on the hospital emergency room and charity-care programs for everything from checkups to cancer treatment.

She fears that, as governor Mr. Gianforte will cut back on Medicaid, hurting low- and middle-income people in the middle of the pandemic. “He hasn’t done his job, even in Congress,” she said.

Ms. Thompson supported Mr. Gianforte’s Democratic opponent, Mike Cooney, because of his promises to increase wages for direct-care providers, maintain funding for tribal health initiatives, require insurers to cover Covid-19 testing and treatment and standardize workplace infectious-disease standards. Montana has one of the highest per capita rates of new coronavirus cases in the country. Yet Mr. Gianforte’s “Montana Comeback Plan” says nothing about Covid-19 screening or treatment; it focuses almost exclusively on getting people back to work.

In late October, Mr. Dennison, the political reporter, published an internal wish list of the bills Republican lawmakers intended to pass once there was no longer the threat of a Democratic veto. As one legislator put it, the hope was to quickly “capitalize on having a Republican governor.”

The document also lists a number of provisions making it harder to get an abortion. Such bills are nothing new in Montana, but when passed in previous years, they were generally vetoed by a Democratic governor. Mr. Gianforte is unlikely to follow his predecessors’ example. In January, he signed onto an amicus brief asking the Supreme Court to reconsider Roe vs. Wade, and he has donated millions of dollars to anti-abortion causes (as well as to a creationist museum that displays models of humans hanging out with dinosaurs).

Fetal-rights bills, extreme gun measures, attacks on unions — such policies would have once been seen as Republican posturing in Montana. Now, they could become the law of the land.

Opinion | The Trump Economy Is Leaving Many Americans Behind

Opinion | Trump and the Joint Chiefs