Home » Analysis & Comment » Opinion | Mr. Trump, Blow Us Away With Your Transparency

Senator Lindsey Graham of South Carolina, among President Trump’s staunchest defenders, has publicly — if gently — called on the president to “tell us as much as he can without compromising executive privilege, so that we can understand what happened.”

The senator is referring to a whistle-blower complaint with the inspector general of the intelligence community, Michael Atkinson, detailing multiple concerning acts by Mr. Trump, including inappropriate promises he may have made to a foreign leader.

In a radio interview on Monday, Mr. Graham predicted that “President Trump is going to blow you away with his willingness to disclose and be transparent about this phone call, because I think he did nothing wrong and he has nothing to hide.”

Mr. Trump would be wise to listen to Mr. Graham.

The president, who says he did nothing wrong, should welcome the opportunity to let Congress clear up this matter. Mr. Atkinson, a Trump appointee, found the complaint to be of “urgent concern and credible,” prompting him to alert the acting director of national intelligence, Joseph Maguire. Under federal law, Mr. Maguire had a responsibility to deliver the inspector general’s findings to Congress within a week. Instead, the Department of Justice advised Mr. Maguire not to pass along the report. Mr. Atkinson felt compelled to alert Congress to the existence, but not the contents, of the complaint.

As subsequent reporting has revealed, among the whistle-blower’s core allegations is that Mr. Trump pressured a foreign government to take steps that would damage a political rival, former Vice President Joe Biden, the front-runner for the Democratic presidential nomination. In a July phone call with the newly elected president of Ukraine, Volodymyr Zelensky, Mr. Trump is said to have repeatedly urged Mr. Zelensky to work with Rudy Giuliani, the president’s personal lawyer, on a corruption investigation of Mr. Biden, focused on the tenure of Mr. Biden’s son Hunter on the board of a Ukranian gas company.

At issue is not whether Mr. Trump spoke to his Ukrainian counterpart about Mr. Biden or even whether he accused Mr. Biden of corruption. The president acknowledged as much on Sunday, when he told reporters, “The conversation I had was largely congratulatory, with largely corruption, all of the corruption taking place and largely the fact that we don’t want our people like Vice President Biden and his son creating to the corruption already in the Ukraine.”

This jibes with what Mr. Giuliani said — far more combatively — in a Thursday interview on CNN. Pressed on whether he had asked Ukrainian officials to look into Mr. Biden, Mr. Giuliani initially said no, then, upon further questioning, declared, “Of course I did!”

Whatever the nature and impetus for Mr. Trump and Mr. Giuliani’s pressure campaign, it came at a delicate moment in relations between the United States and Ukraine, a former Soviet republic. This summer the Trump administration, without any warning, temporarily held up $250 million in military aid aimed at helping Ukraine defend itself against aggression by Russia. At the time, the administration said it was reviewing the program to make sure the money was being used in the best interest of the United States. The money was released this month, the same week that three House committees announced plans to look into whether Mr. Trump had pressured Ukraine to investigate his political rival and whether his administration had suggested, explicitly or implicitly, that the aid money was contingent on that help.

This is a complicated situation, and there are serious questions begging to be cleared up. The White House has worked to prevent that from happening. By refusing to turn over the whistle-blower report, the administration is following the same playbook it has used for all of Congress’s inquiries: deny, deflect and delay — possibly indefinitely.

This time, lawmakers seem disinclined to tolerate such presidential contempt. In a letter on Sunday to fellow House Democrats, Speaker Nancy Pelosi warned, “If the administration persists in blocking this whistle-blower from disclosing to Congress a serious possible breach of constitutional duties by the president, they will be entering a grave new chapter of lawlessness which will take us into a whole new stage of investigation.”

In addition to Mr. Graham, Senator Mitt Romney, Republican of Utah, called on Mr. Trump in a Sunday tweet to end the stonewalling: “If the President asked or pressured Ukraine’s president to investigate his political rival, either directly or through his personal attorney, it would be troubling in the extreme. Critical for the facts to come out.”

Critical indeed. This should not be a partisan issue. Lawmakers from both parties have an interest, and a duty, in making clear that any president, in accordance with the law, is accountable to Congress. 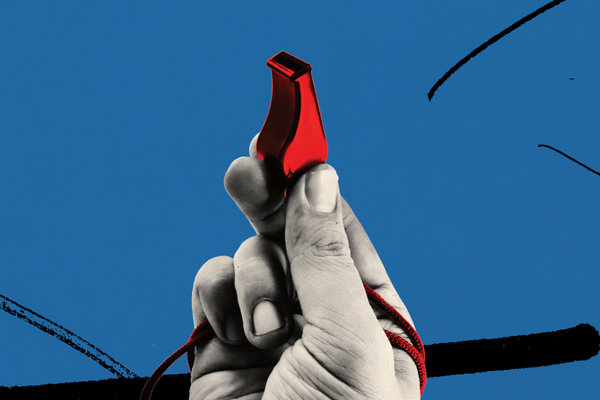 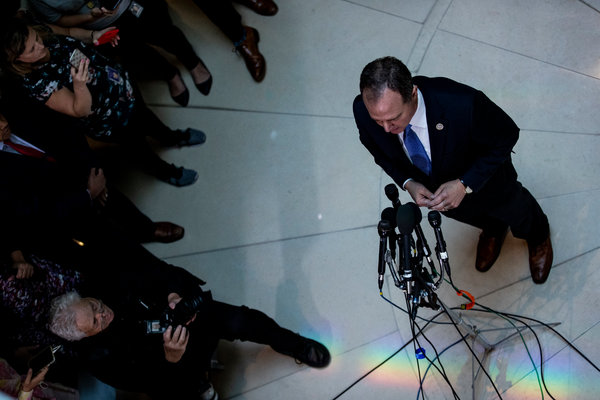 Opinion | The Scandal in Literary Awards