I was lying in my bed listening to the cicadas sing. The “Loreleis of the insect world,” as The New York Times called them that month, had emerged to “drum their compelling love song to herald yet another cycle of their amazing and mysterious 17-year life span.”

It was a sound so loud and strange, it was easy to think I’d strayed out of Pennsylvania and woken up in some other world.

A different world would have suited me fine. It was June 22, 1970, my 12th birthday, and the first day of summer school. For six hours Mr. Williamson that day drilled us on word problems. Jenny had 69 marbles. If she lost two-fifths of her blue marbles and 15 of her pink marbles, how many would she have? And if she lost all of her marbles, what gender would she be?

I’d begged and begged my parents not to send me to an all-boys school, although I couldn’t tell them why. Just try it for a year, my father said to me. Maybe you’ll like it.

As a closeted transgender girl, I was pretty sure I wouldn’t. I felt as if I was going to die. But I couldn’t tell my father what was in my heart: Dad, I know I’m supposed to be a girl. I’ve known it since I was 4.

The cicadas were still singing on June 28, 1970, the weekend after my birthday, when activists in New York observed the first anniversary of the Stonewall riots with a march that started in Sheridan Square and on Christopher Street in the Village and wound up in the Sheep Meadow in Central Park: the first Gay Pride march. It began as a gathering of a few hundred people. By the time it arrived in Central Park, the crowd covered 15 blocks. “Thousands of Homosexuals Hold a Protest Rally in Central Park,” The Times reported, breathlessly.

“We’ll never have the freedom and civil rights we deserve as human beings unless we stop hiding in closets,” a 29-year-old activist named Michael Brown told The Times.

Organizers were surprised. There were more of us than they thought. 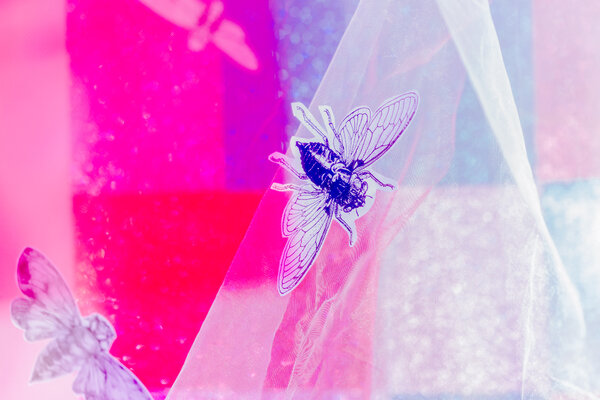 Seventeen years later, I was living in Baltimore, and the cicadas were everywhere. I was 29, teaching at Johns Hopkins University. The air was thick with the flying insects that summer of 1987. I was haunted by their sleepless red eyes.

That fall, over 200,000 people gathered for the Second National March on Washington for Lesbian and Gay Rights. I couldn’t bring myself to go, but if I’d had the courage to attend, I’d have seen the first public viewing of the AIDS quilt. It was larger than a football field and included 1,920 panels. People with AIDS were pushed past the White House in wheelchairs. (It had taken Ronald Reagan four years in office to mention AIDS publicly two years prior.) By the end of 1987, over 40,000 were dead.

On the Hopkins campus I was a boy. But when the sun went down, I’d pull down the shades of my apartment and change.

I’d look at myself in the mirror. A run-down Joni Mitchell looked back. “This?” I thought. “This is the source of all the trouble?”

Outside, on the other side of the shuttered windows, the cicadas sang.

I was living in Maine, teaching at Colby, too far north for Brood X, so I missed the cicadas that year. The only time I heard them was during a summer trip to Philadelphia to see my mother, a conservative Republican woman who, when I’d come out to her as trans, had simply put her arms around me and said, “Love will prevail.”

I told Mom I wanted to write a book about being trans. With a shy, dignified smile, my little mother suggested, “Thanks for the Mammaries.”

Then she put her arms around me again and laughed.

Now the cicadas are back once more. Mom died 10 years ago this summer, four years before marriage equality became settled law nationwide. I almost never get back to Pennsylvania anymore; I teach at Barnard College in New York City, and I live in Maine. I suspect this year will pass without my hearing Brood X at all.

Here comes Brood X. Species of periodical cicadas will emerge in places all over the eastern part of the United States in the coming weeks. Here’s what you should know about our insect visitors making their once-in-every-17-year appearance.

Opinion | The Apocalyptic Politics of the Populist Right

John Downing: 'Few people care much about European elections. But next May's vote is of vital importance for us all'