Home » Analysis & Comment » Opinion | Pakistan’s Vulnerability to Disaster Was Through the Roof. Then Came the Floods. 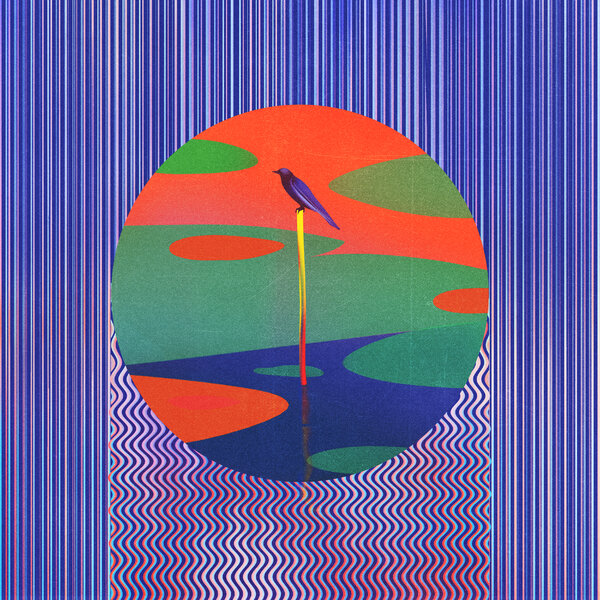 Sometimes a weather event is so extreme and so far-reaching, it can be hard to make sense of, particularly from a distance. A third of Pakistan has been submerged by flooding now for at least a week, leading to image after image and video after video of endless water where homes and roads were meant to be. More than a thousand people have died, with more than a million houses destroyed or damaged. More than 100 bridges have collapsed, and thousands of miles of roads have been damaged. Hundreds of thousands of farm animals have died, and as many as 73,000 women are expected to give birth over the next month without adequate medical support.

Almost certainly, the monsoon rains were made worse by climate change, in part because rapidly melting glaciers contributed, and soon after the most striking images began to circulate internationally, there were calls for climate reparations, with which the world’s rich would compensate the world’s poor for the ravages of warming. (Among those making that call was Pakistan’s outspoken climate minister, Sherry Rehman.) Others argued that flooding of this scale, in a country only very fractionally responsible for global warming, made clear the need for a loss-and-damage system — which is what climate advocates say is a more circumscribed approach to help channel support from the rich countries of the world to those suffering most from climate impacts.

But as with any disaster, climate alone does not tell the whole story, and as the flooding wore on, blame has been spread around more widely. In the Pakistani English-language newspaper Dawn, the columnist Arifa Noor outlined many of the country’s policy and preparation failures in the decade since devastating 2010 floods that killed almost 2,000 Pakistanis, caused billions of dollars in damage and at the time were “the worst natural disaster to date attributable to climate change,” according to ClimateWire. Now “Pakistan has been hit by another calamity, but this time around nature has been even more wrathful,” Noor wrote. “The problem is that climate change is also turning into an excuse,” she went on, adding that “the rains and their intensity are beyond our control; the havoc they wreak is not.”

As the flooding continued, Foreign Policy declared that “bad governance exacerbated Pakistan’s flooding,” listing some long-term mistakes: failing water infrastructure, deforestation, poor drainage systems and dangerous, unregulated construction. But there are immediate needs, as well, of course. “Pakistan is at its nadir of political stability,” the climate scientist Fahad Saeed of Climate Analytics wrote last week, citing the ouster, by a messy 13-party coalition, of the Pakistan Tehreek-i-Insaf national government, and the fact that the P.T.I. remains in power at the provincial level. “In a recently called all-parties conference, P.T.I. was not even invited,” he wrote, “a reflection of the political bitterness, even during the time of worst flooding of country’s history.”

On Sept. 4, I spoke to Saeed, who was in Islamabad, about the scale of the damage and how to apportion cause and responsibility. Our conversation has been edited for length and clarity.

Let’s start with the big picture. From afar, the numbers are so large, they are almost numbing — a third of the country underwater, more than a million homes destroyed. How does the situation look to you?

I myself am very scared at the moment, considering the political instability and the economic instability in the country. Pakistan was already on the verge of economic collapse and kneeling before the International Monetary Fund, just a week ago, desperate for this $1.17 billion relief package. This flooding can easily cause economic damage of $15 billion to $20 billion or even more.

That much? Most estimates I’ve seen suggest $10 billion.

It may be more. There were 15 to 20 million people affected during Pakistan’s 2010 superfloods, incurring damage of about $10 billion. If you compare it with this year’s floods, we already have about 33 million affected. The scale is much larger.

At $20 billion, that would be almost 5 percent of the country’s G.D.P.

And considering the pre-existing vulnerability of the economy and bringing the effects of the heat wave earlier this year into the equation, the impacts of these floods will be compounded substantially. In the heat wave, we lost a lot of wheat, and here we are going to lose crops such as dates and sugar cane.

I’ve seen estimates that wheat alone in Pakistan is responsible for 2 percent of G.D.P. and 3.5 percent of global production. And even before the flooding, the country was looking at a wheat shortfall of several million tons. Then there’s rice, which has also been affected and accounts for something like a quarter of total calories consumed in Pakistan.

And cotton. Cotton is very important. And it’s going to hit the vegetable crops as well. I’m in Islamabad. I already can see the prices of fruit and vegetables are going through the roof. So the situation — it’s very scary. And I’ve already heard that there have been a few instances where it is reported that waterborne diseases have broken out — malaria, diarrhea, dengue.

I’ve seen some harrowing footage of what looks like whole clouds of mosquitoes.

Yeah, the situation is really very bad at the moment. The media is covering the relief activities. The world is coming together. We have gotten some aid and support from organizations and friendly countries. But going forward, I just cannot imagine any plan for how the government is going to tackle all this. People will be able to get rehabilitated — the people who are affected. But how the country will run, that is very difficult to comprehend for me at that moment.

People are comparing it with the 2010 floods. But in 2010 we had the heaviest rain for just a few days in July.

This time, it’s been weeks.

Months. It’s been months. It was the middle of June when the rains started. And just yesterday water levels reached a new peak in some places on the Indus River.

You wrote about watching someone being carried away by floodwaters while trying to save five children — and that was in early July, before the floods were getting the kind of international attention they are now.

The heat and the flooding — it’s a huge, huge setback to the country as a whole.

How should we think about how all these dynamics interact? There’s some natural weather variation, of course, and also climate change powering everything. There’s government instability and economic instability and considerable lack of planning infrastructure development.

Consider the risk framing of the Intergovernmental Panel on Climate Change: We have hazards, we have exposure, and then we have vulnerability. These are three components of the overall risk framework. And all three components play their role in exacerbating damage.

Another way of thinking about them is: how bad the weather is, how many people experience it and how prepared they are to deal with the impacts.

Catherine O'Mahony: 'Self-confidence can be a con trick but women need to show more for the glass ceiling to be truly smashed'

Opinion | The Trouble With Biden