(This Opinion piece contains spoilers for the Quentin Tarantino film “Once Upon a Time … in Hollywood.”)

I have never exactly been a Quentin Tarantino enthusiast, only because — as far as I can tell — my sensibility rarely coincides with his. But I have never doubted his talent. I applaud his insistence on the endangered cinematic virtue of closely crafted storytelling. And I definitely share his preference for the gorgeously saturated, Chardin-like layerings of color that a great cinematographer can create on real film over the shrill pointillistic sheen and candy-hued incandescences of digital recording. Regarding the richness of his films’ emotional and moral palette, however, I’ve had my doubts.

I admit that it’s very easy to be unfair on this point. Tarantino’s films are often said to be cruel; certainly, they can be extremely brutal. But then again, a similar accusation is often made against the fiction of certain writers — Vladimir Nabokov, Silvina Ocampo, Clarice Lispector — whom I see as deeply compassionate. In reading their work, I’ve been inclined to interpret the unflinching and seemingly cold portrayal of violence and suffering as a kind of morally indignant arraignment of the brutality of the universe we actually inhabit. I hadn’t credited Mr. Tarantino with that much subtlety. Now, I think I may have misjudged him.

At least, Tarantino’s most recent opus, “Once Upon a Time … in Hollywood” seems to me to exhibit a genuine ethical pathos, one that actually brought tears to my eyes. Not that I expect most viewers to respond that way. The particular emotional impact of the film, which takes place in 1969 and involves Charles Manson’s “family,” may be palpable only to persons of a certain age. A viewer born much earlier or much later may not get the point at all. But for me, apparently, it’s a film I had been waiting to see for roughly 50 years without knowing it.

I was four and a half years old in August 1969. It was the first full year in which I was entirely conscious of myself as a distinct human being, or aware of the world around me, or able to learn about the still greater world beyond (if only through the medium of a television or radio overheard by chance, when my parents were caught off guard). It was also in that year, and in the half-decade following, that I came to know of the first monsters who ever truly terrified me and tormented me with nightmares. These were not ridiculous fantasy fiends in the old horror films I caught glimpses of on the local UHF channel but rather very real monsters: the members of the Manson family who had brutally murdered four people in a Hollywood home, including the actress Sharon Tate.

One gets past childhood’s terrors of course (at least, so I hear); other things, however, leave a more indelible impression. For almost all of us, there is that moment early in life when we first discover just how hideously cruel this world and the forces that govern it truly are. We’ve all known — even if most of us suppress the memory — that first trauma of the imagination that initiated us into the mysteries of true cosmic and personal evil. For me, it was learning the whole story about the Manson family murders. In my elementary school, there were children, principally boys, of course, who knew more than they ought to have known about those events and found it exciting to share their knowledge. From them, I learned all the horrific details. And by then I had also heard that those who had known Ms. Tate described her as having a personality of almost ethereal sweetness.

I would not know if that’s true, but that’s certainly how Tarantino depicts her, and how Margot Robbie plays her. It’s impossible not to find the Tate of the film endearing. Whether dancing at a party, singing along with Paul Revere and the Raiders while folding clothes, giving a girl hitchhiker a lift and parting from her with a hug, charming her way into a matinee of the Matt Helm film she appears in, grinning in guileless — almost childlike — delight at the audience’s response to her performance onscreen, she comes across as kind, young, beautiful and happy, and one wants nothing bad to happen to her, ever. But of course, one thinks one knows what’s to come.

I knew from certain of Tarantino’s previous films — specifically, “Inglorious Basterds” (2009) and “Django Unchained” (2012) — that he has a fondness for creating alternate, counterfactual histories. Until now, it was not clear to me why. Perhaps the sheer immensity of the evils those films addressed — the Holocaust, slavery — overwhelmed my critical perspicacity. I certainly understand why some find it pointless to pretend even for a few hours that the most gigantic evils of the irrevocable past never occurred because fate took another turn at some crucial juncture. What can it offer, after all, other than a temporary emotional salve?

I admit that it came as a shock of relief and an immense emotional pleasure when, in the much-discussed ending of “Once Upon a Time … in Hollywood,” Tarantino’s version of the story unexpectedly veered away into some other, dreamlike, better world, where the monsters inadvertently passed through the wrong door and met the end they deserved — torn to shreds, bludgeoned to a pulp, burned to a cinder. Even the violence delighted me. I thought it gave glorious expression to a perfectly righteous rage. And I was glad to slip briefly into some other order of reality, if only an imaginary one, where ethereal sweetness had survived and horror had perished. Still, what’s the point?

A deeply moral one, perhaps — though the correct ethical grammar here is somewhat elusive. Over the years I’ve made the acquaintance of many philosophers of religion and a few theologians who dabble in the practice of theodicy: the attempt, that is, to justify “God’s ways” (supposedly) by arguing for some meaning, purpose or metaphysical necessity in the evils of nature and history. Usually, the proposed solution has something to do with the clarifying contrast with goodness that evil provides, its utility in teaching us (or, in some particularly silly theologies, teaching God) compassion or ethical commitment or something of the sort. No light without shadow, no love without hate, no pity without cruelty — that sort of thing. All of which is quite nonsensical.

My own metaphysical dispositions are very different (and, as it happens, of more ancient pedigree). I tend to believe that goodness, love and moral beauty are substantial and eternal realities that attest to themselves quite immediately to any rational nature, without the need for any edifying “contrast” to make them intelligible. No one, I think, actually learns pity from cruelty. The “ontological status” of evil (to use the jargon of the philosophers) is one of pure contingency, inevitable perhaps, but adding nothing necessary to the form and fabric of reality. After all, a good that required evil to become actual would always be only a conditional good at best, one probably not worth its price. Those who argue for the necessity of evil in the abstract, surely, would also generally lament any specific evil in the concrete, and would gladly unmake many evils of the past if only they could. But then, once one grants that it would be virtuous to undo any past evil in particular, one really cannot plausibly argue for evil’s metaphysical necessity in general. And who would be so callous or morally confused as not to want to go back and prevent the evils of the past?

Who would not right now, if he or she could, retreat just a week or so and try to warn the authorities of the impending mass shootings in El Paso and Dayton? When the horror is still so fresh in our minds, and the pain still so palpable, it seems quite obvious that it would be a kind of moral idiocy on our parts to try, through some specious moral metaphysics or some bloodless calculus of the balance between the pain of others and the ethical tutelage it might afford us, reconcile ourselves to the reality of things that simply should never have happened and to which nothing good attaches. It is only the emotional palliative of historical distance that deceives us that the same is true in regard to every evil. 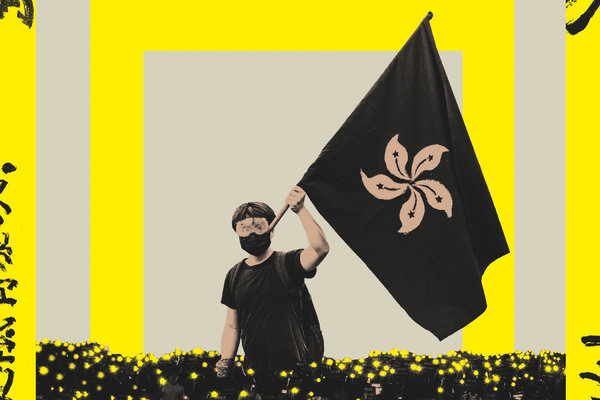 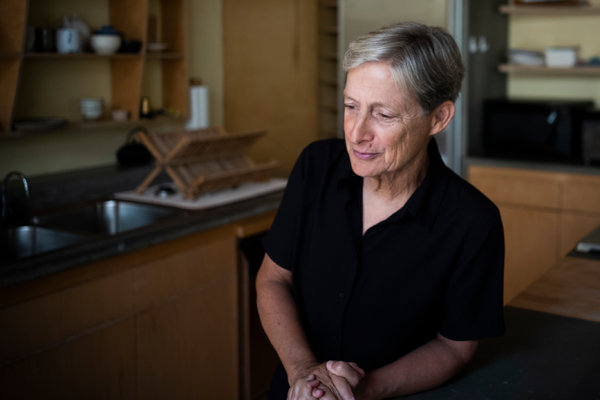 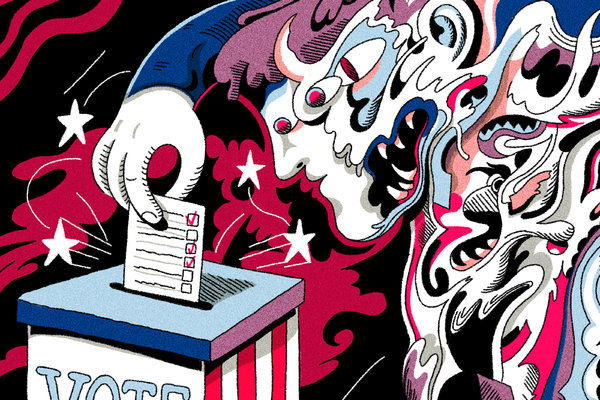 There is, that is to say, an ethics of the counterfactual. And in a sense, no other genuine ethical impulse is possible, if only because in this world the good is, as often as not, a contradiction of the true (or, at least, the factual). At one level, the willful, slightly perverse pretense that the past did not happen as it did may be only an impotent gesture of resentment at reality; at another, however, it is an authentically moral defiance of any “wisdom” that tries to make peace with the sheer meaningless contingency of evil. Contrary to the prudent “realism” of those who burden the world with theodicies, it is this moral longing for the counterfactual — for the total cosmic justice that history rarely embodies — that informs and animates the most truly redemptive forms of religious, philosophical and social moral yearning.

The artistic masterstroke in “Once Upon a Time … in Hollywood” comes at the very end, after the beautifully brutal denouement, when Sharon Tate is heard again, not directly but as a disembodied voice issuing from the call box at the end of her gated driveway. It’s an exquisitely poignant reminder that she is speaking from that alternate reality, that terrestrial paradise that evil could not enter, that otherworld where the evils of time are all undone. And then the gate opens, and the film’s protagonist is allowed to enter this (for want of a better word) heaven. Even then, the last glimpse the viewer has of Tate is from behind and above, her face turned away — because, after all, she is there, not here.

To me it seems obvious that moral sanity requires that otherworld. If it’s real, somewhere and somehow (and I’m one of those fools who wants to believe it is), then it is also the only version of this world worth loving unconditionally, and the only form of existence worth trying to make concretely actual here and now, whether through minute acts of kindness or through heroic projects of social justice. If it does not exist, however, it’s still worth imagining that it does, since the alternative is too abominable to contemplate.

David Bentley Hart is an affiliated scholar of the Notre Dame Institute for Advanced Study and the author of the forthcoming “That All Shall Be Saved: Heaven, Hell, and Universal Salvation.”

Now in print: “Modern Ethics in 77 Arguments,” and “The Stone Reader: Modern Philosophy in 133 Arguments,” with essays from the series, edited by Peter Catapano and Simon Critchley, published by Liveright Books.

Philip Ryan: 'A Johnson-led exit will be pieced together like a jigsaw'

Opinion | Will the U.K. Ever Get Closure on Brexit?