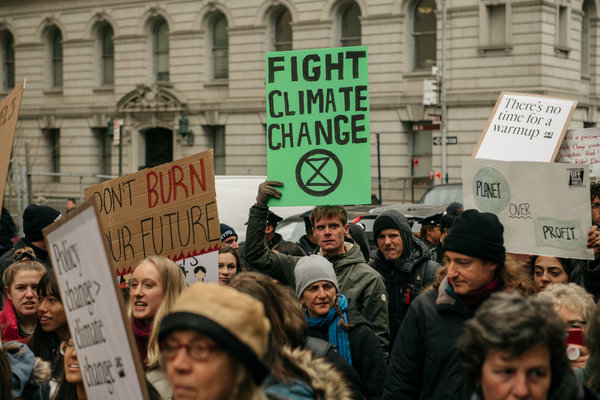 A tentative bipartisan deal has been agreed to on infrastructure, but many doubt that it can garner the 60 votes needed to overcome a Senate filibuster. The same issues apply to climate change legislation. Perhaps a change in strategy is needed.

Rather than pushing against hard-line political resistance, a better approach would be moving toward a collaborative partnership between government and private industry. It would be far more productive if the federal government worked with energy corporations, helping them make the socially beneficial decisions, embraced by the Business Roundtable and just recently the American Petroleum Institute, that are required to move toward nonpolluting and climate-friendly sources of energy.

The government could help fund research on new energy sources and construction of new infrastructure, harnessing the assets and vast expertise of the industry to benefit all Americans, while helping to protect the companies’ employees and business franchise.

Make the oil and energy industry part of the solution, as opposed to the problem.

Ken Lefkowitz
Medford, N.J.
The writer is a former manager at PECO Energy.

On Tuesday, the Senate’s 49-to-50 vote blocked the Paycheck Fairness Act from coming to the floor for a vote (60 votes were needed to overcome a filibuster).

Unlike the Paycheck Fairness Act, the bill to remove the time limit on ratification of the Equal Rights Amendment has bipartisan sponsorship. Senator Lisa Murkowski is the lead Republican co-sponsor, and she is joined by Senator Susan Collins. This bill has passed the House twice, both times with bipartisan support.

There may not be 60 votes in the Senate for the E.R.A. bill, but there has long been more than the majority of votes in the Senate needed to pass it once it gets to the floor. According to our polling, more than 90 percent of Republicans support the E.R.A., a constitutional amendment that simply prohibits discrimination on the basis of sex.

It is hard to reconcile the fundamental principle of democracy with the filibuster when it is used to block progress on issues such as equal pay and the Equal Rights Amendment. We should be able to get an up-or-down vote on these bills so we can see where our elected representatives stand on issues we care so much about and hold them accountable in the next election.

Jessica Neuwirth
New York
The writer is director of the Human Rights Program at the Roosevelt House Public Policy Institute of Hunter College and a co-founder of the ERA Coalition. She is the author of “Equal Means Equal: Why the Time for an Equal Rights Amendment Is Now.”

The public must not sit back and let Democrats in Washington do the heavy lifting. If people want voting rights protected, their bridges and roads repaired, the minimum wage raised, child care supported, student debt reduced or forgiven — the list goes on — then people must let their senators and representatives in Congress know. Call them, write them, demand town meetings and do not let up. They want your votes, but those votes must be earned.

Public pressure is the only thing that will get results. All must do their share.

During a virtual conference with colleagues from around the globe, I used the past tense in referring to the Covid-19 pandemic, and was politely corrected. While life in the United States often feels post-pandemic (it is not), much of the rest of the world is experiencing the depressing, frightening and deadly acceleration of Covid-19 that overwhelmed America for much of the last 15 months. I have rarely felt so embarrassed by my own implicit smugness.

The Biden administration’s decision to provide 500 million vaccines to other countries is bold, and shows leadership. While only a down payment on equitable global access, this action acknowledges that we will not be safe from this pandemic until everyone in the world has access to vaccines.

Millions of Americans scorn the miracle that is universal access to Covid-19 vaccines; the rest of the world is desperate for such a miracle. The Biden administration should be applauded for providing hope, no matter where we live, that there will be a time when we can actually be post-pandemic.

Aid to Central America, and the Effect on Migration

Re “Billions in Aid, but the Migrants Keep Coming” (front page, June 6):

I was disappointed to read your assertion that “expanded aid programs have failed to stem migration” from Central America. The real story is that we haven’t made sustained, committed investments to address the broader regional challenge.

In 2019, the United States suspended aid to the region after having already cut assistance to the region by nearly 30 percent over the three previous years, predictably disrupting our influence and leverage to make a positive difference.

Tackling the root causes of migration is a critical tool in a comprehensive approach to a regional challenge. As the former commander of the U.S. Southern Command, I have seen how steady, patient civilian and military support for Plan Colombia led to a tangible return on the significant investment made by our country in the 2000s, one with bipartisan support in Congress.

Let’s talk about how we sustain our support and partnership if we want to make a difference.

Racism in Medical Journals, and in Medicine

The belated recognition at medical journals that racism and health are inextricably linked is a teachable moment not just in medicine, but society at large.

Structural racism is an ever-present virus infecting our country and its institutions, including medicine and public health. We will invite progress and healing only with an honest examination of this truth.

The blind spots identified in your reporting exist in some form in most every institution in the land.

We recently co-wrote a commentary in The New England Journal of Medicine that traces the evolution of health disparities research. In it, we recommend that researchers do more to address the root causes of skin color’s having an outsized impact on how well and long a person lives. Such an article in such a place has long been the exception, not the rule. But we must fund and encourage such research, not merely open the paths to publishing it.

Richard Besser
David R. Williams
Risa Lavizzo-Mourey
Dr. Besser is president and chief executive of the Robert Wood Johnson Foundation. Dr. Williams is a professor of public health and African and African-American studies at Harvard. Dr. Lavizzo-Mourey is professor emerita at the University of Pennsylvania.

Opinion | The Banality of Democratic Collapse

Rory Hearne: 'Some serious political noise needs to be made if our dysfunctional housing system is to be fixed'