“Mr. Biden, tear down this wall,” one reader writes. Another urges legislation to address immigration issues, as the wall is a “xenophobic symbol.” 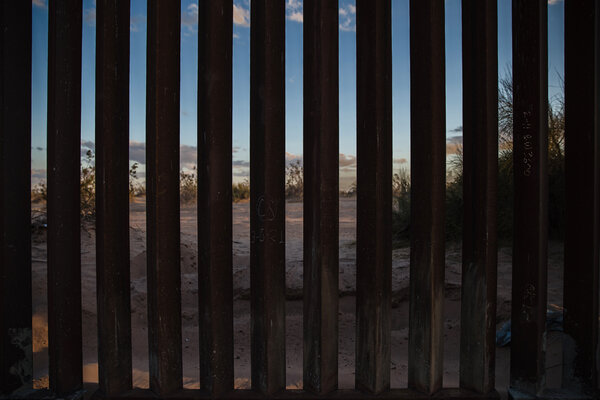 Re “Biden Should Complete the Wall,” by Bret Stephens (column, April 6):

Suggesting that President Biden should complete Donald Trump’s border wall represents the worst political optics for a proposal since some Democrats supported the term “defund the police.” Not only is the wall a racist and xenophobic symbol driving fear and misunderstanding among the American public, but it is also an expensive, ineffectual and ecology-damaging attempt that runs against the traditional image of an immigrant-welcoming United States.

Some physical barrier is warranted, especially if we can create security along the border with effective technologies and humane patrolling instead of medieval structures and militaristic maneuvers. Yes, immigration is a very complex problem. We should embrace a multipronged approach consisting of border security, humane policies, international relations, humanitarian aid and a workable pathway to legal residency.

Is it too much to ask Congress and the administration to work together to pass needed legislation instead of constantly bickering along partisan lines?

David P. Dolson
Sacramento
The writer is a former administrator of immigrant and refugee programs for the California Department of Education.

I have a different idea. Tear down that wall.

Even Bret Stephens admits that it would take years to finish. Thus, it would not stem the present surge. And beyond that, after four years of Mr. Trump using caricatures to create hatred and stoke fears, the wall merely stands as a testament to America’s inhumanity, a sign of moral weakness, not strength.

Yes, the sudden influx of immigrants creates logistical nightmares. But that is a poor excuse for turning our backs, for shutting our eyes, for locking our doors to those in dire need.

We are better than the wall. We are at our finest when we find room in our hearts, and a home in our nation, for those who seek shelter from the storm. Mr. Biden, tear down this wall.

Opinion | Trump Has an Iran Strategy

Opinion | How to End the Catholic Church’s Sex Abuse Crisis