Home » Analysis & Comment » Opinion | Should Big States Be Broken Up? 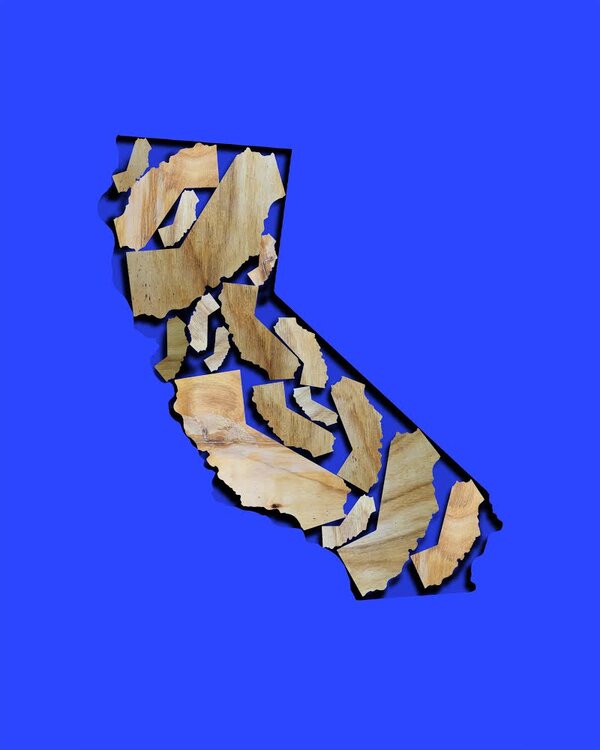 “America Needs to Break Up Its Biggest States,” by Noah Millman (Opinion guest essay, July 8), presents a solution in search of a problem.

Huge disparities in state populations have been a hallmark of the American system since its founding, when the three largest states (Virginia, Pennsylvania and Massachusetts) possessed roughly half the population of the country. Virginia alone (excluding slaves) was nearly triple the size of the three smallest states combined.

Rather than “break up” the large states, the founders created an ingenious system whereby the Senate would disproportionately represent the smaller states, while large states had far greater weight in the House of Representatives.

Now, as then, national elections are won by politicians and parties able to navigate this unique federalist system, and build the widest and deepest coalitions for governing.

Noah Millman’s article is outstanding. When the framers created the Senate in 1787, the most populous state, Virginia, had 12.5 times more men and women than the least populous state, Delaware (including slaves). Today, California has 68 times more people than Wyoming.

The founders never intended the Senate to be this unbalanced.

Mark Weston
Sarasota, Fla.
The writer is finishing a book of biographies called “Bad Presidents Before.”

From its beginning, the United States was built as a federation of states, in which limited powers were given to a federal government, and all the rest reserved to the states. That balance of power has since been severely eroded.

Yet Noah Millman suggests breaking up large states, a plan that would even further diminish the power of the states in relation to the federal government. But that is not the only problem with this plan.

Breaking up the big states would also reduce their power to regulate big corporations. Big states like California, which led the fight to limit greenhouse gas and auto emissions, are able to stand up to the efforts of large corporations precisely because they have the constituency and resources to bring those corporations to heel.

Make no mistake: Corporate interests now exert enormous power over both federal and state governments, and their interests do not coincide with those of the people. We should not reduce the power of those who can defend us against the flow of power and money to billionaires and big business.

Re “New York Is Counting on Culture to Lead the Way on Reopening” (front page, July 18):

If they want New York culture to lead the city back from the pandemic, they should require proof of vaccination to attend theater, opera, concerts and other similar performances and events. Then both tourists and New Yorkers would feel safe and comfortable attending.

If Bruce Springsteen can successfully require proof of vaccination at the St. James Theater on Broadway, other venues can do so as well. Since New York was the epicenter of the pandemic in the United States, it should set an example by taking the lead in protecting the health of its citizens and visitors.

There is a lot that can be learned from H.B.C.U.s about recruiting and educating Black students. A public-private funding stream that recognizes this value of H.B.C.U.s should have already been in place and hopefully can be implemented soon as part of this increased visibility. H.B.C.U.s Matter!

Philip S. Hart
Los Angeles
The writer is the author of “Institutional Effectiveness in the Production of Black Baccalaureates.”

While I do not begrudge anyone who will benefit from any student loan debt forgiveness programs that are adopted, the impact on my finances of having spent years to pay off my obligations meant I had less to save for retirement.

As a matter of fairness, I’d like to suggest that Congress also consider allowing those of us who did honor our commitments to be able to withdraw a certain portion of retirement accounts tax-free to compensate us for the fact we will in effect be subsidizing student loan forgiveness programs through our taxes, and we were not afforded the same opportunity to be relieved of our own student loan debt.

Getting Rid of the Clutter

Re “The Things We Can Keep, and the People We Can’t,” by Margaret Renkl (Opinion guest essay, July 13):

Ms. Renkl suggests putting things in storage as a solution to clutter. Here’s a different perspective.

I’m 72 and I have experienced many deep losses. My parents, as expected; my first husband when I was 51; my second husband seven months ago; and my sister and closest friend five years ago.

I recently downsized and got rid of most of my family heirlooms and other less memorable items. The memories of the people I loved after losing so many who were so close to me are in my heart and head, not in the possessions.

I shudder to think that I will compel my son and his family, who live in a small New York apartment, to go through the pain of sorting my “treasures.”

So that’s my minimalist perspective in response to the idea that we should save so much.

Why not donate the items to people in need? That way, your parents’ things can live on and do some good in the world rather than exist as guilt-inducing clutter or, worse, draining your bank account with items locked in a storage unit.

How We Pay for Amazon in Quality of Life

Brad Stone writes that Amazon has generally “been good for customers, who enjoy low prices and fast delivery,” but that’s true only if people could split their customer selves from the rest of their identity.

If we think of ourselves as a whole, we can see the many ways that Amazon has diminished our quality of life — starting in our neighborhoods, where its delivery vans and trucks speed down our streets (or park in the middle), leaving behind excessive packaging, and driving by stores it was causing to shutter even before the pandemic. Then there’s its failure to treat employees humanely, its relentless greed and data collection, its disdain for paying a fair share of taxes.

Far more people buy from Amazon than need to, but everyone pays for it. All driven by Jeff Bezos’s need to avoid becoming a more conventional “Day 2” company with its “stasis, followed by irrelevance, followed by excruciating, painful decline, followed by death”? Sorry, but that’s too high a price for us to pay for one man’s fear.

Opinion | The Campaign to Cancel Wokeness