Biden can improve the lives of hundreds of thousands with a single executive order. 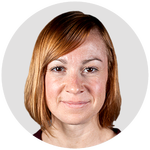 Ms. Covert, a contributing opinion writer, is an independent journalist who focuses on the economy, with an emphasis on policies that affect workers and families. 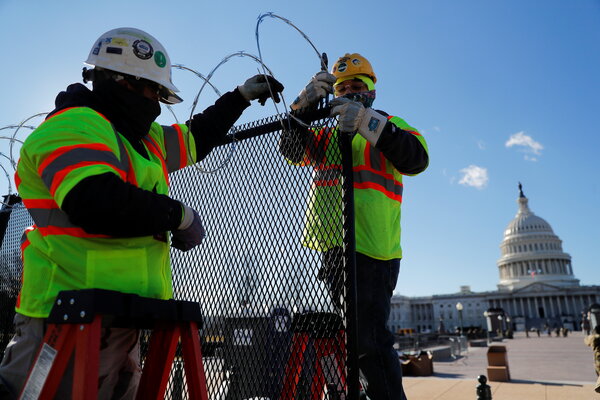 President Biden has been very clear. He wants to raise the federal minimum wage to $15 from the current floor of $7.25 an hour. But it’s also clear that it’ll be a tough sell. Republicans have singled out a $15 wage in Mr. Biden’s Covid-relief package as one of the things they object to most. Even some Senate Democrats may not be on board; Joe Manchin and Jon Tester have already voiced opposition.

Mr. Biden isn’t out of options if the Senate won’t go along, however. He has the power to unilaterally and directly raise pay for federal contractors by raising their wage floor to $15 an hour, which would affect at least a quarter million Americans, according to an estimate Heidi Shierholz, senior economist at the Economic Policy Institute, shared with The Times. And the ripple of effects of such an action will reverberate throughout the American work force.

“The federal government is such a big buyer of goods and services, it could help lift the entire economy,” Anastasia Christman, director of the Worker Power Program at the National Employment Law Project, told me.

Mr. Biden has signaled that he intends to do just this, issuing an executive order on the fourth day of his administration laying the groundwork for eventual direct executive action. All American presidents have the power, through the Federal Property and Administrative Services Act, to determine employment standards for companies that contract with the federal government as long as they promote the “economy and efficiency” of contracting. Contrary to the notion that exercising this authority is an unprecedented power grab, many presidents before Mr. Biden have used it to improve working conditions for millions of Americans.

During World War II, President Franklin D. Roosevelt used the power of the government purse to push unionization. Corporations that engaged in unfair labor practices were more or less barred from federal contracts, and the National War Labor Board, which arbitrated labor disputes at firms that were central to the war effort, supported unionization and ensured that employees were made union members. Six million more people joined trade unions during that era, raising the total to 15 million by the end of the 1940s.

It hasn’t just been deployed in wartime, however. President Lyndon B. Johnson’s executive order 11246 in 1965 prohibited contractors from discriminating based on race, color, religion and national origin and required them to take affirmative steps to ensure equal opportunity. His order accelerated the hiring of women and minorities at federal contractors and it encouraged integration.

But even after these companies were no longer contracting with the government and subject to Mr. Johnson’s regulations, they continued to hire Black workers at higher rates, according to research by Conrad Miller, an economist at the University of California’s Haas School of Business. That, Dr. Miller told me, shows that companies don’t just revert to their old practices when they’re no longer subject to these higher standards. Something permanently changes, perhaps the way companies go about recruiting and hiring their work forces. “In the absence of any regulation it may not be worth it for me to pay those costs,” he said. “But once you give me that incentive … and once I pay them, it’s actually cost-effective to keep using those new tools.”

“Any given employer, there’s many different ways in which they could staff their company, there’s different paths they could end up on,” Dr. Miller pointed out. “A role regulation can play is it can affect what path a company takes.” If Mr. Biden prods companies to pay better if they want to work with the federal government, it may very well set them on the road of higher compensation permanently.

In the last days of his administration, President Bill Clinton attempted to use this executive power to raise standards for federal contractors by requiring firms to comply with employment laws, but the Bush administration paused and eventually reversed this effort.

President Barack Obama took up the mantle, however. In early 2014, he issued an executive order that increased the minimum wage for federal contract workers to $10.10 an hour for more than 180,000 federal contractors. He also baked in annual increases based on inflation and required contractors to give employees seven days of paid sick leave a year.

Editorial: 'Now is not the time for EU's larger beasts to break ranks'