Home » Analysis & Comment » Opinion | The Faces Behind the Covid Statistics 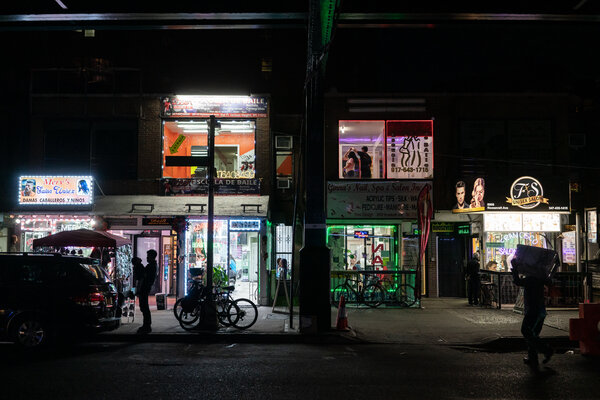 The profiles of the victims of the coronavirus in several neighborhoods in Queens turned cold statistics into flesh and blood innocent individuals who were struck down pitilessly by an invisible foe.

The writers of the article, Dan Barry and Annie Correal, made tangible the fear, suffering and anguish of loved ones who mourned, of overwhelmed but heroic hospital staff going beyond their endurance as they struggled to rescue patients from a disease they didn’t yet understand, and the will of survivors to somehow go on after devastating loss.

The story bore witness to the worth and dignity of each of those depicted in this beautiful tribute. Thank you.

An Attempt to Overturn an Election

The lawsuit filed by the attorney general of Texas and backed by Republican attorneys general from 17 other states and 106 G.O.P. representatives aiming to overturn President-elect Joe Biden’s state victories is an affront to the members of Congress, governors, the 33 other states and the rule of law!

Just imagine what would happen if the Supreme Court agreed and declared Donald Trump the winner of the election.

Do these Republicans really believe that the more than 80 million of us who voted for his opponent would not flinch?

Elections are sacred in our country, and majority rule must not be overwhelmed by a clearly disappointed minority.

How to Fix a Broken Senate

Senator Tom Udall is right to criticize the filibuster as an intractable obstacle to desperately needed legislation to address a host of issues, including the coronavirus and climate emergencies. Senators should replace the 60-vote hurdle with a majoritarian decision rule of 51 votes.

Other reforms are needed, too. The power of the majority leader has evolved to allow an authoritarian refusal by only one person to stop proposed legislation from moving forward to a vote. The tradition of a lock-step seniority system for the selection of committee chairs is also a relic.

Senators should reclaim their power to make democracy work again by changing their own rules.

Eric W. Orts
Philadelphia
The writer is a professor of legal studies and business ethics at the Wharton School of the University of Pennsylvania.

The U.S. and the Drug War

Nicholas Kristof is right about the war on drugs. After decades of struggle, billions of dollars spent and scores of thousands of lives lost, drug consumption in the world is alive and well. The issue deserves a prominent place in the political agenda of the United States.

Whatever the next steps turn out to be, they must include a productive and humane approach to the ravaging effects this war has had on Colombia and its population. The poor have suffered the most. Generations of children from disenfranchised families have been recruited by cocaine-financed guerrilla groups, paramilitary squads, cartels and other organizations. Few of them expect to live beyond their teens.

Interviewed for a book on the matter, one child said they were not “born to be seeds.”

Little has changed. The least that this tragedy deserves is for people in power in all countries involved to devote time and effort to finding an alternative.

COMMENTARY: What colour should a make-believe mermaid be?

Gene Kerrigan: 'We ignore these hate-filled rants at our peril'