What if no one had done anything wrong?

That’s the bizarre takeaway I was left with this past Thursday, following the House Financial Services Committee’s five-hour hearing on last month’s wild emergence of day-traders betting enormous collective sums on “meme stocks” — shares in the companies that became half-ironically very popular on Reddit and the brokerage app Robinhood this year.

Many of us in the media, along with media consumers, tried to make sense of the frenzy — our brains (and business incentives) demand it. But the hearing suggested that was folly. In the end, it appears a lot of money changed hands in unforeseen, bizarre ways, but that there are no grand lessons, despite our great desire for them.

At the hearing’s center was Vlad Tenev, the chief of the Robinhood. His app’s user-friendly interface and his initial belief in imposing few guardrails on its traders enabled an unprecedented surge in the share price of the video game retailer GameStop. Now trading around $40 per share, at one point, its price was as high as $483.

While users of the Reddit forum WallStreetBets had been talking up GameStop for weeks before its stock skyrocketed, it grew into a cultural phenomenon only once a jaunty bunch of forum members painted themselves as the antagonists of the hedge funds that bet big money on GameStop plummeting (by “short-selling” the stock). Some technocrats had wondered if Reddit may have enabled a form of illegal stock manipulation. And so Steve Huffman, Reddit’s chief executive, was in attendance Thursday too. 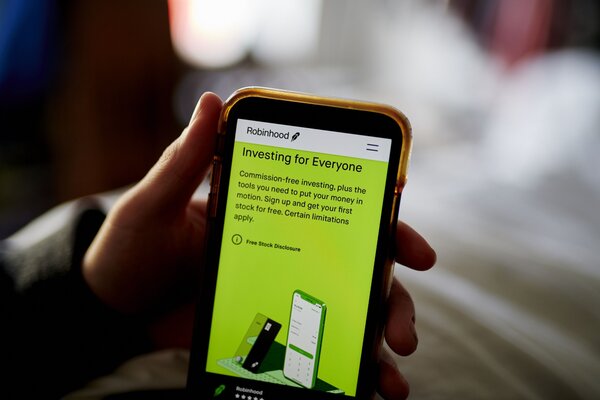 Then there was Keith Gill, known as Roaring Kitty on YouTube and Deep [Expletive] Value on Reddit. Mr. Gill, a recent MassMutual employee, whose longtime advocacy of GameStop and huge gains during the meme stock craze made him an icon, spoke bluntly about the company’s upsides and defended the integrity of publicly discussing his trades: “In short, I like the stock.” Mr. Huffman of Reddit also seemed sensible, explaining to lawmakers that Reddit’s forums are moderated by users themselves. After an internal investigation, Mr. Huffman said he saw no evidence of malign actors artificially generating excitement about GameStop or other companies that were buoyed by WallStreetBets.

The financial heavyweights involved in the episode were called to the hearings as well: There was Gabe Plotkin of Melvin Capital, the hedge fund that took the most infamous losses by betting against GameStop. He was joined by Kenneth Griffin, the leader of Citadel. His company invested in Melvin Capital after its GameStop losses and makes money by executing trades on behalf of Robinhood (and some other retail brokers).

It was this knotty set of entanglements that spurred bipartisan outrage and seeded conspiracy theories online — especially when Robinhood restricted purchases of GameStop and other meme stocks, with little explanation, fueling a crash in their share prices. In that void, many became suspicious that Citadel may have been illegally pulling strings to make money on both sides of the saga.

But after the hearing, it became clear that the sinister theories lacked substance.

Barring some bombshell revelation, it appears the hearing confirmed a more turgid underlying truth: The trading in GameStop and other meme stocks was so volatile that the clearinghouses — which are in charge of making sure money gets correctly exchanged between buyers and sellers — demanded billions in collateral from Robinhood and other retail brokerage platforms to ensure that the trades settled. So the brokerages had to hit pause.

While financial commentators and regulators can and will argue about what if any regulations should be instituted going forward, it looks as if everybody played by the rules, as they stand.

So did we really learn anything profound? The marketplace of opinions about the meme stock phenomenon has been as volatile as the trading itself: A series of hypotheses about populism, corruption, masculinity, inequality and price bubbles battled for primacy among those of us who watch cable news and consume think pieces.

At the hearing, various members endorsed different theories. “Many Americans feel that the system is stacked against them, and no matter what, Wall Street always wins,” said the Financial Services Committee chairwoman, Maxine Waters, Democrat of California.

The panel’s ranking Republican member, Patrick McHenry of North Carolina, suggested that the issue was less that of a game rigged against small-time investors and more the lack of productive assets for them to buy. “We created a world where it’s easier to buy a lottery ticket than it is to invest in the next Google,” he said. “Is it any wonder why the unhealthy dynamics of GameStop happened?”

All in all, some hedge funds got pummeled, but briefly. Some unlucky retail investors got in on the fun too late, taking serious losses. And there were also plenty of life-changing profits taken by people far beyond the usual suspects. That’s a pretty muddied picture.

The most meaningful thing to glean from all of this, according to Josh Brown, the chief executive of Ritholz Asset Management, may be a large incentive change for market behavior going forward: “I don’t think it’s in anyone’s best interest to be that visibly vocally ‘short’ on anything,” he told me. “I think that era has ended where there’s this automatic kneejerk reverence for a $5 billion hedge fund manager with a PowerPoint” pitching other investors on why they should bet against a company.

Though shares in GameStop and fellow meme stock AMC have fallen far short of “the moon” where its boosters hoped it would land, both companies are, for now, trading above their most disastrous lows.

And while Melvin Capital, the beleaguered hedge fund, finds itself fortunate and still in operation, any institution with a greedy “short” position on a thinly traded stock runs a major risk in this newly democratized financial market.

“If it becomes a meme,” Mr. Brown said, “literally your fund could get closed.”

Few will mourn the degradation of aggressive short-sellers; they’re the skunks at the picnic. But it does raise the question of why regulators are eyeing new rules about their behavior. After all, the market — with meme stocks or not — may take care of them on its own.

‘The more people we can make aware, the better,’ pancreatic cancer survivor says