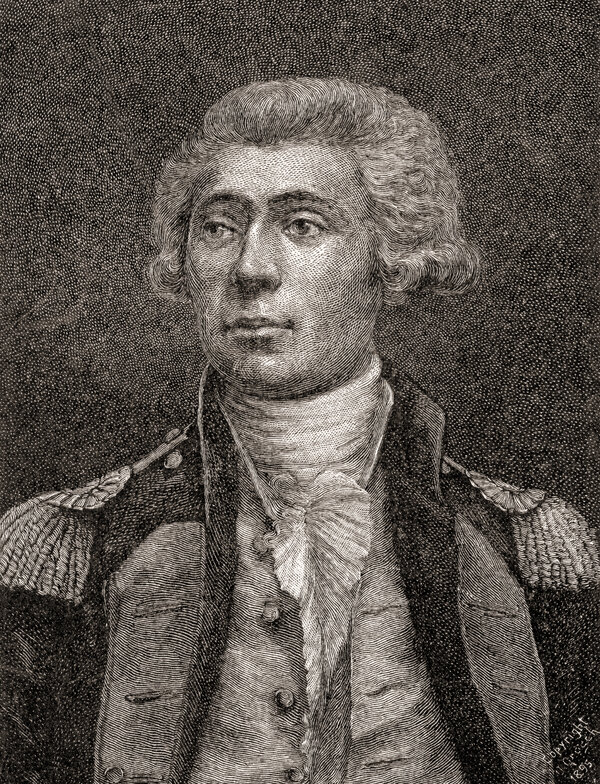 Young, ambitious and more than a little impulsive, the 19-year-old Lafayette had left (you might say escaped) what would have been the idle life of a French nobleman in the court of Versailles to prove himself on the battlefield of the New World. And prove himself he did.

For Americans, the story ends there, with Lafayette’s triumphant departure and his eventual return, more than 40 years later, for a hero’s tour of the young nation.

But there was more than one act to Lafayette’s life. His time in America had settled his once inchoate ideas into something more concrete. He had seen American freedom — he had lived American liberty — and he would leave these shores a believer. Having made history in the United States, he would fight to do the same as a revolutionary liberal against the sclerotic decadence of the ancien régime.

It is this story, of Lafayette after America, that takes up quite a bit of a new biography of the French icon, “Hero of Two Worlds: The Marquis de Lafayette in the Age of Revolution,” by the historian and podcaster Mike Duncan.

Through Lafayette’s adventures and misadventures — including a five-year stint in an Austrian prison — Duncan shows readers a Lafayette who, whatever else you might say about him, never fails to show the courage of his convictions and never flinches from a fight when his ideals are on the line. And to the extent that Americans still hold Lafayette in esteem, it is those qualities that deserve our attention and should, perhaps, serve as an example.

Time and again, Duncan shows Lafayette risking his life and reputation for his ideals. But of the many such episodes in his life, one stands out.

After his yearlong tour of the United States in 1824, the aging Lafayette returned to France in 1825 to settle in to something like retirement. But during his time away, political life had taken a turn for the worse. The death of the relatively moderate King Louis XVIII — who had been brought to throne in the wake of Napoleon’s rule — meant that his younger brother, the arch-reactionary Comte d’Artois, now reigned as King Charles X.

“While Louis attempted to rule from the middle,” Duncan notes, “Charles tossed any pretense of moderation or compromise with liberals.” Nearly four decades earlier, in July 1789, Charles fled France, one of many counterrevolutionary émigrés. “For thirty-five years he harbored dreams of undoing the Revolution,” Duncan writes of the newly installed monarch. “Now he finally had his chance.”

Lafayette tried to stay out of domestic politics but events were conspiring in ways that would compel his re-entry. In early 1827, the king’s prime minister, Joseph de Villèle, introduced a bill that would make it impossible to operate a newspaper critical of the regime. In April 1829, after taking insults from the Paris National Guard at an event held to celebrate the anniversary of his return to the city 15 years earlier, Charles disbanded it. That same year, the liberal opposition made headway in the Chamber of Deputies, winning enough power to take a vote of no confidence on a subsequent prime minister, Jean Baptiste Gay, the comte de Martignac. Charles fired Martignac and replaced him with Jules de Polignac, an “intransigent ultraroyalist.”

Unsurprisingly, things only escalated from there. In February 1830, Charles gave a royal address bristling with contempt for his liberal opponents in the national legislature. Those deputies — who at this point included Lafayette — responded with a letter of protest, to which the king responded by dissolving the chamber and calling for new elections.

“This announcement set off a wave of protests and political mobilization across France,” Duncan writes. Desperate to change the subject, Charles and Polignac launched a war to seize and occupy Algiers, an early instance of “wagging the dog.” (It would be another 130 years before France left. In the initial war of conquest, more than 500,000 Algerians were killed, and it didn’t stop there.) Charles also promoted his preferred candidates in the upcoming legislative elections, in hopes of winning a slate of deputies who backed him and his priorities.

None of it worked. In the elections held between July 5-19, 1830, the liberals triumphed. They elected more deputies than ever and now commanded a clear majority in the chamber.

The victory would be short-lived because a week later, on July 26, King Charles would try to take power for himself. On that day, Charles issued four ordinances, each decreed by fiat:

The first suspended freedom of the press. The second dissolved the recently elected Chamber of Deputies before they event met. The third completely reorganized elections — reducing the number of deputies, changing eligibility requirements to exclude all but the wealthiest voters, and summarily disenfranchising three-fourths of the electorate. The fourth called for elections under the new rules to be held in September.

Lafayette could not help but act. He rushed to Paris, met with opposition leaders, and gave his moral support to those armed Parisians who had seized the Hôtel de Ville and fortified their position with barricades all around central Paris. With the support of the public behind him, Lafayette took command of a remobilized National Guard.

“My dear fellow citizens and brave comrades,” he said, “the confidence of the people of Paris once more calls me to the command of the popular force. I have accepted with devotion and joy the powers that have been confided in me, and, as in 1789, I feel myself strong in the approbation of my honorable colleagues, this day assembled in Paris.”

He concluded: “I shall make no profession of my faith, my sentiments are well known. Liberty shall triumph. Or we will perish together!”

Lafayette then called on the soldiers of the army — who had been sent in to suppress the rebellion — to mutiny. “Brave soldiers, the inhabitants of Paris do not hold you responsible for the orders which have been given you; come over to us, and we will receive you as brothers.” They listened. An entire line of soldiers defected. The rest retreated in the face of armed insurgents. “By the evening of July 29, 1830, the fighting was over,” Duncan writes. “Paris had won.”

As the hero of this “July Revolution,” as it came to be known, Lafayette now held the future of the country in his hands. He could elevate the king’s grandson (a non-starter), he could make way for Napoleon’s son (another non-starter), or he could take the reins as president of France (yet another non-starter). What would he do? Lafayette, Duncan writes, “wanted the same thing he wanted since 1789, which he summarized with the formula: ‘a popular monarchy, in the name of national sovereignty, surrounded by republican institutions.’ ” To that end, he worked with other members of the liberal opposition to place Louis-Philippe, the duc d’Orléans, on the throne.

Lafayette had fought for his principles and secured his constitutional monarchy. It was, for him, the best of all available options, even as it left many other revolutionaries in the cold, and even after he found himself on the wrong side of the unexpectedly conservative, even reactionary, Orleanist government.

With hindsight, we can see clearly how Lafayette’s solution helped put France on the path to further conflict. A second rebellion broke out in June 1832, this one led by radicals in the mold of men like Robespierre and Danton. A former opponent of the Jacobins, Lafayette had no time for this revolution. Those, after all, were not his ideals.

Lafayette died in 1834. After a tumultuous and divisive time in power, Louis-Philippe was forced, in 1848, to abdicate the throne in a revolution that ended with the creation of the Second French Republic, the rise of a conservative bourgeois political establishment, the suppression of working-class Parisians and the election of Louis Napoleon Bonaparte to the newly formed French presidency. A nephew of Napoleon’s, Louis Napoleon would seize the reins of power in an 1851 coup and declare himself emperor of the French, a title he would hold until his defeat and capture in the Franco-Prussian War of 1870.

It is the mixed legacy of a fallible man, to say the least. And yet there is still something to admire in Lafayette’s conduct throughout this and other episodes in his long and active public life.

He understood that values must be fought for, that reaction must be met with action and that the words of a constitution mean nothing if there is no one to give them force.

Eoghan Harris: 'The North had no choice on SF in government – but we do'