Home » Analysis & Comment » Opinion | The Rise of the Resentniks

There’s a powerful moment at the start of Anne Applebaum’s recent essay in The Atlantic. She’s recalling a party she threw on Dec. 31, 1999, at her home in Poland. Many of the hundred-odd guests were Polish, but others flew in from around the world for a weekend together, to greet the new millennium.

Most of the guests were conservatives — which in those days meant being anti-Communist and pro-market, but also believing in international alliances like NATO. The party was a great success, lasted all night and continued into brunch the following day. Everybody felt a part of the same team.

“Nearly two decades later,” Applebaum writes, “I would now cross the street to avoid some of the people who were at my New Year’s Eve party.” She estimates that half the people at that party are no longer on speaking terms with the other half.

For example, in recent years Applebaum has not had a single conversation with a woman who was once one of her closest friends and is godmother to one of her children. She tried to reach out to this woman and suggested they get together, but the woman refused. “What would we talk about?” she texted.

Those of us who came of age in conservative circles know exactly what Applebaum is talking about. The same kinds of rifts have opened up among conservatives around the world, in Britain, Italy, Germany and the U.S.

Some conservatives stayed on the political trajectory they were on in 1999. Others embraced populist nativism. They wandered into territory that is xenophobic, anti-Semitic, authoritarian. Still others were driven leftward by the reactionary revival.

What happened? This is the story I would tell.

During the Cold War, being a conservative was a moral cause. You were fighting Communist tyranny — aligned with Aleksandr Solzhenitsyn and Lech Walesa. But you were somewhat marginalized in your own society. Liberals controlled the universities, the news media, the cultural high ground, so the right attracted many people with outsider personalities.

Then with the election of Reagan and Thatcher and in the years afterward, conservatives built their own counter-establishment — think tanks, publications, broadcasting outlets. As conservatism professionalized, it despiritualized. After the Soviet Union collapsed, conservatism no longer had a great moral cause to rally around. It became a technocratic, economics-focused movement concerned with small government and entitlement reform. Compassionate conservatism and the dream of spreading global democracy were efforts to anchor conservatism around a moral ideal, but they did not work out.

Many conservatives simply could not succeed in the new conservative counterestablishment. In any meritocracy, there are going to be a lot of people who lose out and do not get the glittering career they think they are due. Sooner or later those people are going to rise up to challenge the competition itself and to question its idea of excellence. “Resentment, envy, and above all the belief that the ‘system’ is unfair — these are important sentiments among the intellectuals of the Polish right,” Applebaum writes. 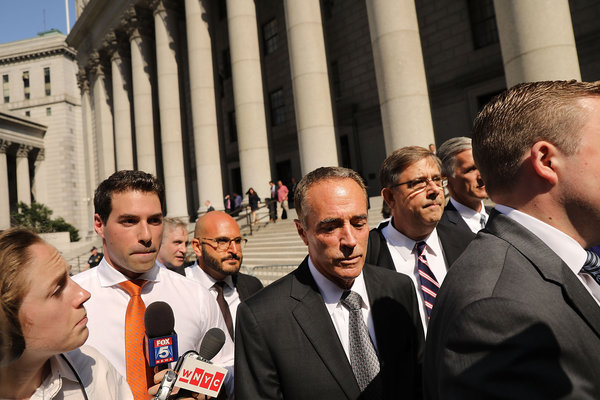 At the same time, they resent how spiritually flat conservatism has become. “The principles of competition, even when they encourage talent and create upward mobility, don’t necessarily answer deeper questions about national identity, or satisfy the human desire to belong to a moral community,” Applebaum continues.

In such a situation, you’re almost bound to get a return of blood-and-soil nationalism. The losers in the meritocratic competition, the permanent outsiders, seize on ethnic nationalism to give themselves a sense of belonging, to explain their failures, to rally the masses and to upend the meritocracy.

In office, what the populist nationalists do is this: They replace the idea of excellence with the idea of “patriotism.” Loyalty to the tribe is more important than professional competence. In fact, a person’s very lack of creativity and talent becomes proof of his continued reliability to the cause, as we’ve seen in the continued fealty to King Trump.

While there is a sprinkling of good professionals in the Trump administration, they are there by accident, not by intent. Many of those staffing the White House could not get a job in any normal Republican administration, which selected people according to any traditional criteria of excellence.

And now, as Trump reshuffles his administration yet again, we see the remnants of the B and C teams replaced by members of the D team. Over the past few days, there’s been a lot of gossip over whether Acting Attorney General Matthew Whitaker will keep his job. But it almost doesn’t matter, because from here on out, it’s Whitakers all the way down.

If conservatism is ever to recover it has to achieve two large tasks. First, it has to find a moral purpose large enough to displace the lure of blood-and-soil nationalism. Second, it has to restore standards of professional competence and reassert the importance of experience, integrity and political craftsmanship. When you take away excellence and integrity, loyalty to the great leader is the only currency that remains.

David Brooks has been a columnist with The Times since 2003. He is the author of “The Road to Character” and the forthcoming book, “The Second Mountain.”

Editorial: 'EU has little choice but to grant Theresa May more time'

Opinion | They Risked All for America. Don’t Betray Them.