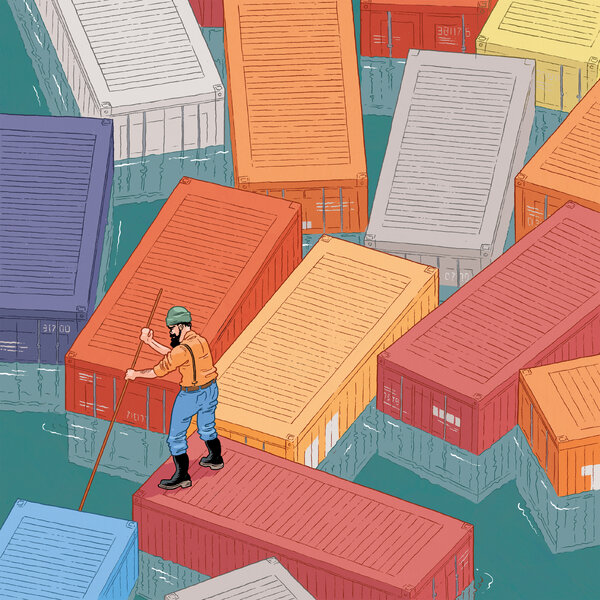 Mr. Platten is the secretary general of the International Chamber of Shipping.

From Los Angeles to Felixstowe, England; to Dubai, United Arab Emirates; to Shenzhen, China, the world is witnessing delays and shortages of everything from toys to turkeys. At the root of this crisis is a transport sector that is buckling under the strain of Covid-era conditions. Workers who drive the trucks, fly the planes and crew the ships responsible for moving all these goods — around $19 trillion of world trade annually — have been stretched to the breaking point. Governments have been too slow to act.

Long before the Ever Given, a 220,000-ton container ship, blocked the Suez Canal in March, transport industries had issued a blunt public warning that a trade logjam was unavoidable if conditions for sailors, drivers and pilots were not improved. To keep trade moving, workers urgently need fast-tracked visas, the return of flights to and from ports and vaccinations. Instead, the opposite happened. Draconian travel bans and limited access to vaccinations have had a devastating impact on transport workers’ well-being and safety. Crews have not been allowed to disembark ships without the right vaccination paperwork, so leaving or joining a ship has become impossible: Hundreds of thousands of them have been trapped on their vessels, with some working months beyond their initial contracts. Thousands of truck drivers at international borders have also been forced to sit for days in freezing temperatures without access to food or medical facilities. Pilots of cargo planes have faced extensive quarantines after completing international flights, meaning long periods away from their families.

This ill treatment may push many workers out of the sector, exacerbating the shortfall in labor that underpins the chaos. In the shipping industry alone, which moves around 80 percent of goods traded globally, there is an expected shortfall of thousands of officers in the next few years, according to a work force report from the International Chamber of Shipping and the Baltic and International Maritime Council. Left to depend on national vaccination programs, many transport workers, especially those from developing economies with less access to vaccines, will continue to suffer untenable work conditions.

Governments had a chance to avert this crisis. Transport workers around the world should have been prioritized for vaccination once vaccines became available. Countries everywhere should have made exemptions in travel restrictions for them. Yet a majority of countries have remained reluctant to act. This cannot be allowed to persist.

Commentary: 2019 will be the year of more state control

Opinion | Working Women of Color Were Making Progress. Then the Coronavirus Hit.

Opinion | Trump’s Slouching Toward War With Iran Is a Disgrace