In 2015, I was working as an economist at the Federal Reserve. If someone told you then that in 2020 a deadly pandemic would shut down life as we knew it and that in the midst of a stop-and-go response from Congress, a Federal Reserve chair — who was a lifelong Republican and a Wall Street executive appointed by President Donald Trump — would emerge as a champion of Main Street, you may have thought she was from another planet.

But that’s the world we live in with Jerome — Jay — Powell as the leader of our nation’s central bank. The swift and steady action from the Fed, a commitment to getting people safely back to work and Mr. Powell’s calm-inducing pronouncements have earned him plenty of bipartisan credit. (There’s now even a wide cross-section of progressives who have become fans of his.) That said, Mr. Powell is not the only hero. The long, hard path to get a more worker-friendly Fed was generations in the making.

Despite its globe-shaping role, the Fed remains something of a mystery. Alan Blinder, a former vice chair at the Fed, likes to joke that when people hear “Federal Reserve” they think it’s a national forest out West.

A year ago, however, as Covid-19 became a pandemic and markets tumbled at rates threatening to dwarf the crash in 2008, all eyes again turned to the central bank.

Mr. Powell and his team swiftly moved to put out fires on Wall Street and Main Street last spring. The efforts were imperfect, but the retirement savings of millions as well as the budgets of states and cities were saved from destruction.

Altogether, it was a remarkable level of intervention. And on top of that, Mr. Powell repeatedly called on Congress to spend more — typically a taboo at the Fed, a technocratic institution that prefers to stay out of politics.

The seeds of his bold actions were planted generations ago with the passage of the Full Employment Act of 1946. Its passage set the goal for the U.S. government to strive for “useful employment for those able, willing and seeking work.”

The spirit of this law can actually be found by in the calls for economic justice within the Civil Rights movement: Though some forget, the March on Washington in 1963 was, officially called the March on Washington for Jobs and Freedom. Over a decade later, in 1978, Coretta Scott King was there when President Jimmy Carter signed the Humphrey-Hawkins Act, requiring the Fed chair to testify twice a year before Congress on its progress toward stable prices and maximum employment too.

But this new dual mandate that activists made possible failed its first hard test. In response to the stagflation that began in the late 1970s, the Fed chair at the time, Paul Volcker, aggressively raised interest rates to 20 percent — and yes, inflation fell from 13 percent to 3 percent within three years. But unemployment rose to double digits. Millions of small businesses and consumers were crushed by the skyrocketing interest rates.

I was 5 years old then, and because of these monetary policies my family barely held onto our three-generation family farm. Others weren’t so lucky.

Inflation hawks seldom remind us that wealthy investors are hurt by inflation and lower-income borrowers are helped: For example, paying off a fixed-rate loan is easier when wages and prices rise by, say, 5 percent a year rather than 2 percent. People have more money to pay the debt, and when creditors get their money back, it’s worth less. When framed this way, zealously guarding against any significant uptick in inflation feels less like responsible stewardship and more like a classist double whammy — increased cost of debt and fewer jobs.

After defeating inflation, Paul Volcker was lionized among central bankers and Wall Street, but mistrusted by Main Street. (As his Times obituary explains, after he put sky-high interest rates in place “farmers on tractors circled the Fed’s headquarters” and “auto dealers sent the keys to cars they could not sell.”) Mr. Volcker and the Fed had all but trampled the green shoots from the Great Society. It wasn’t until September 2010 — more than three decades after it got the dual mandate — that the institution even mentioned its maximum employment in a public statement following its eight policy meetings per year. 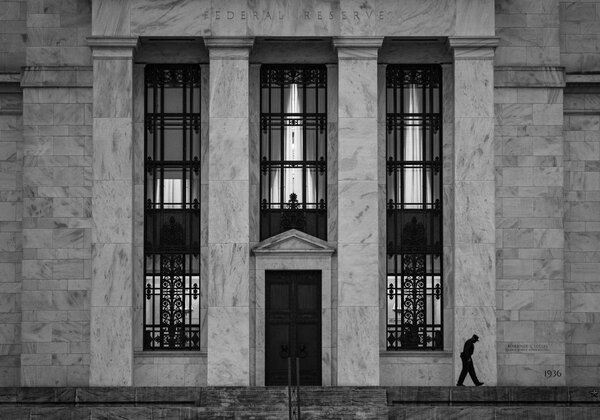 In 2015, when Janet Yellen was chair, the central bank raised interest rates — a move justified at the time by the prevailing belief that at 5 percent unemployment we were close to full employment and that inflation would arrive soon after if rates stayed low. Mr. Powell and all of the other members of the Fed’s committee at the time, agreed. In retrospect, it was too soon. American families — who could have greatly benefited from a tighter labor market that produced higher wages and more opportunities — suffered. It wasn’t intentional, but that’s cold comfort to families who missed out on a full recovery.

The Fed is still learning. In the late 2010s, I helped with some of that introspection. We asked ourselves whether we were producing our best work or if we were succumbing to groupthink. We grappled with why we missed the 2008 financial crisis, why we ignored the warning signs and how to do better next time.

Among the fruits of this labor was an analysis conducted in 2015 exploring whether the staff consensus was underestimating how many more jobs the economy could create without sparking too much inflation. We also tried to tackle groupthink by trying to increase diversity among the staff, under Ms. Yellen and later Mr. Powell. And I am heartened by the changes so far. But even today what’s known as the “staff view” looms large, and only a handful of the hundreds of economists at the Federal Reserve Board are Black economists.

One of Mr. Powell’s greatest strengths may be that before joining the Fed he had not spent his career steeped in macroeconomics, as his two predecessors had. He’s been an avid learner, but also a critical thinker. In a 2018 speech that continues to age well, he took a tactful, almost playful, jab at the high priests of macroeconomics, criticizing some key metrics the Fed was using to guide its policymaking. Translated into plain English, he told them that many of the metrics are effectively made-up numbers.

It’s no accident that under his leadership the Fed adopted a new framework that emphasizes the employment mandate. It’s grounded in what he learned from people on a review tour called “Fed Listens,” which included community leaders and ordinary workers who pushed him to support more job creation among low- and moderate-income people.

So Mr. Powell has grown and changed. But how much, and is it enough to change the Fed at large when political winds shift?

Now comes the big test. Life will be more regular again soon. But not everyone who lost work will have their old jobs again or new jobs. Can he stand up for Main Street when Wall Street and many high priests of macroeconomics in the academic and think tank spheres freak out about inflation as the economy reopens? The hand wringing over the size of the $1.9 trillion relief bill passed two weeks ago was just the start.

If you think the hawks on television and Twitter are loud now, just wait until they see a temporary uptick in prices. They’ll be deafening. Some are inside the Fed itself and will be voting on its policies. That said, there are also many wonks at the Fed who have spent a decade shoring up technical defenses against outdated inflation fears.

But their words in long-winded memos are not enough. Good intentions are not enough. It’s what the Fed does this year and the next — in the face of inevitable criticism from incredibly powerful voices stuck in the past — that will ultimately matter most.

What the EU is signalling as it signs China investment deal

2018 Year in Review: Albertans who overcame health challenges and made a difference

Opinion | France Has Millions of Muslims. Why Does It Import Imams?