It’s Grammy time, and as always, watching the awards ceremony on Sunday will include a subtext of cross-generational carping: “They don’t make music the way they used to,” the Boomers and Gen-X-ers will mutter. And they’ll be right. Music today, at least most of it, is fundamentally different than it was in the days of yore — the 1970s and 80s.

Last year, the industry celebrated a sales milestone. The Recording Industry Association of America certified that the Eagles’ “Their Greatest Hits (1971-1975),” was the best-selling album of all time, with sales of 38 million. (The formula took account of vinyl, CD and streaming purchases. Purists will have to put aside the fact that a greatest hits collection is not really an LP album as most of us know it.)

It was a full-circle moment — the album, released almost exactly 43 years ago, was the first to be awarded platinum status (sales of one million), an evocative reminder that songs were once commodities so valuable that millions of people would even buy them in repackaged form. It was also a taken as a quiet victory for people who believe that music today is too loud.

By “too loud,” I don’t mean you can’t crank the Eagles, if that’s your thing. I’m talking about loudness as a measure of sound within a particular recording. Our ears perceive loudness in an environment by reflexively noting the dynamic range — the difference between the softest and loudest sounds (in this case, the environment is the recording itself, not the room you are playing it in). A blaring television commercial may make us turn down the volume of our sets, but its sonic peaks are no higher than the regular programming preceding it. The commercial just hits those peaks more often. A radio station playing classical music may be broadcasting a signal with the same maximum strength as one playing hip-hop, but the classical station broadcast will hit that peak perhaps once every few minutes, while the hip-hop station’s signal may peak several times per second.

A loud environment in this sense is one with a limited dynamic range — highs that peak very high, and lows that aren’t much lower. For decades, musicians and engineers have employed dynamic range compression to make recordings sound fuller. Compression boosts the quieter parts and tamps down louder ones to create a narrower range. Historically, compression was usually applied during the mastering stage, the final steps through which a finished recording becomes a commercial release.

In the predigital era, compression required a mastering engineer whose job is to create the physical master for the manufacturing process, to employ restraint and finesse. With digital audio, a few mouse clicks can compress the dynamic range with brute force. The result is music that sounds more aurally aggressive — like the television commercial.

During the 1990s, as digital technology infiltrated the recording process, some mastering engineers wielded compression like a cudgel, competing to produce the loudest recordings. This recording industry “loudness war” was driven by linked aesthetic and economic imperatives. A louder record grabs your attention — and will often be perceived, at least at first, to have better sound quality than a less compressed album — and musicians didn’t want their product to sound weak by comparison. Maximum loudness, it was thought, was a prerequisite for commercial success.

The war became so heated that by the latter part of the decade some mastering engineers took it a step further. They not only compressed dynamic range to within an inch of its life, they also made the loudest parts exceed the maximum possible peak. At these moments, the sound wave “clips,” becoming dense and distorted. As with compression, clipping can be done artistically — it may even aid and abet a certain dissonance that fits the music. But in the ’90s, it became yet another weapon in the loudness arms race, which was not one of artistic quality, but of profit. 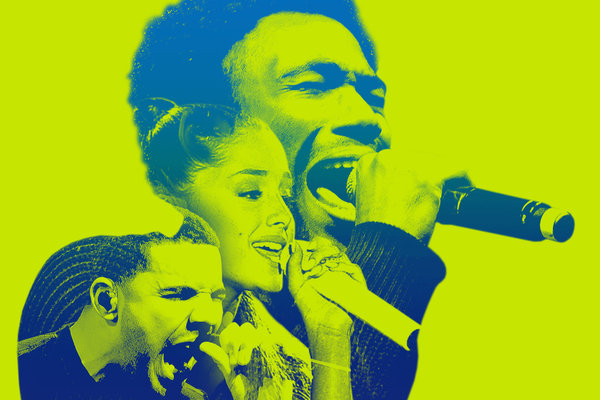 By the end of the decade, mastering engineers who had abstained from the war were losing clients. Recording engineers and producers often discovered their carefully rendered recordings were being squashed in the mastering stage. Over time, with listeners increasingly consuming music through earbuds and cheap computer speakers, engineers and producers found themselves working in a denuded sonic landscape, many of them longing for the rich and diverse audio ecosystems of old.

While some extra-loud recordings seemed to benefit from this compression gamble (Dr. Dre’s 1992 “The Chronic” and Oasis’ 1995 “(What’s the Story) Morning Glory?” are oft-cited examples of loudness abetting a commercial powerhouse), there were other releases that were so obviously overloaded — like Red Hot Chili Peppers’ “Californication” (1999), Rush’s “Vapor Trails” (2002) and Metallica’s “Death Magnetic” (2008) — that the bands’ fans complained in droves.

There was a potential downside to all this loudness. Many audio pros maintain that excessive loudness creates aural fatigue. We may not consciously notice it, they argue, but it makes us less likely to listen to music for extended periods. Although this is a difficult claim to prove, it is undeniable that decreased dynamic range has limited the sonic palette of recordings. When compact discs were introduced in the 1980s, one selling point was that they were capable of a greater dynamic range than vinyl records — yet the average pop recording today has a smaller dynamic range than records made during the analog era.

Several years ago, Chris Johnson, an audio software developer, tested a theory, espoused by some anti-loudness war activists, that the hyper-compression roiling the industry was partially to blame for shortened careers. Using a list of all-time best-selling recordings, he rearranged them by “commercial importance,” assigning each a score derived by multiplying an album’s number of platinum certifications (how many millions sold) by the number of years it had been on the market. These were records that were not merely popular — they also displayed longevity. He then used software to analyze the sound waves of each album.

His findings revealed they had a common trait: these albums, even across genres, had extraordinary dynamic range. The most commercially important albums, he wrote, featured lots of “high contrast” moments, when “the transient attacks of instruments — very brief outbursts of high energy — were allowed to stand out against “the background space where the instruments are placed.” This was especially true for vocals and percussion (one of the more intriguing similarities, from Michael Jackson’s “Thriller” to Pink Floyd’s “The Wall,” involved what Johnson called the “hit record drum sound”). Loudness has its place, but most of us like our music to have breathing room, so that our eardrums are constantly tickled by little sonic explosions. In a tight, compressed space, music can get asphyxiated.

Topping Mr. Johnson’s commercially-important list, just ahead of Led Zeppelin’s untitled fourth album, was the Eagles’ “Their Greatest Hits (1971-1975).” “It’s gratifying, but unsurprising,” Johnson wrote, “to discover that the single most commercially important album in R.I.A.A. history contains some of the most striking dynamic contrasts pop music’s ever seen.”

The war never really ended, but it has evolved. Streaming services like Spotify now “normalize” the music’s output, so that we aren’t always adjusting our volume settings. This should lessen the incentive for mastering engineers to abuse compression. But according to Bob Ludwig, one of the industry’s pre-eminent mastering engineers (and a winner of Grammys for Best Engineered Album for artists like Alabama Shakes, Beck and Daft Punk), this hasn’t stopped mixing engineers from ladling on the loudness, reducing the dynamic range of the music even as the streaming normalization defeats their purpose. “The loudness war is worse than ever,” he recently told me. “It is a super-discouraging situation.”

If we consider the Grammy nominees in this year’s Best Record category as a representative cross-section of today’s music, it is clear (as the sampling below shows) that aggressive compression is still the norm. But as in every era of music, there are exceptions. “Shallow” by Lady Gaga and Bradley Cooper displays a wider dynamic range than its competitors, a throwback — not just in theme, but also production value.

Every now and then, it seems, they do make music like they used to.

Greg Milner is the author of “Perfecting Sound Forever: An Aural History of Recorded Music” and “Pinpoint: How GPS is Changing Technology, Culture, and Our Minds.”

Ed Power: 'It's the end of an era – we'll never see such generational touchstones again'

Opinion | Google Should Google the Definition of ‘Employee’

More step up to help poor hard hit by India's coronavirus lockdown, even as middle class faces uncertainty ahead

Vietnam in talks to borrow $1 billion as budget deficit seen widening
We and our partners use cookies on this site to improve our service, perform analytics, personalize advertising, measure advertising performance, and remember website preferences.Ok