I was ready for massive Democratic turnout for the election on Tuesday. But I was surprised how massive the Republican turnout was in response.

The Republicans who flooded to the polls weren’t college-educated suburbanites. Those people voted for Democrats this year.

They weren’t tax-cut fanatics. Half of the Republican members of the House Ways and Means Committee either left Congress, ran for other offices or were defeated.

These were high-school-educated, working-class Republicans.

A lot of us pundits said Donald Trump should run a positive campaign bragging about all the economic growth. But Trump ran another American carnage campaign. That’s because American life still feels like carnage to many.

Working-class voters tried to send a message in 2016, and they are still trying to send it. The crucial question is whether America’s leaders will listen and respond.

One way to start doing that is to read Oren Cass’s absolutely brilliant new book, “The Once and Future Worker.” The first part of the book is about how we in the educated class have screwed up labor markets in ways that devalued work and made it harder for people in the working class to find a satisfying job.

Part of the problem is misplaced priorities. For the last several decades, American economic policy has been pinioned on one goal: expanding G.D.P. We measure G.D.P. We talk incessantly about economic growth. Between 1975 and 2015, American G.D.P. increased threefold. But what good is that growth if it means that a thick slice of America is discarded for efficiency reasons?

Similarly, for the last several decades American, welfare policy has focused on consumption — giving money to the poor so they can consume more. Yet we have not successfully helped poor people produce more so that they can take control of their own lives. We now spend more than $20,000 a year in means-tested government spending per person in poverty. And yet the average poverty rate for 2000 to 2015 was higher than it was for 1970 to 1985.

“What if people’s ability to produce matters more than how much they can consume?” Cass asks.

The bulk of his book is a series of ideas for how we can reform labor markets.

We build a broken system and then ask people to try to fit into the system instead of tailoring a system around people’s actual needs.

Cass suggests that we instead do what nearly every other affluent nation does: Let students, starting in high school, decide whether they want to be on an apprenticeship track or an academic track. Vocational and technical schools are ubiquitous across the developed world, and yet that model is mostly rejected here.

Cass also supports worker co-ops. Today, we have an old, adversarial labor union model that is inappropriate for the gig economy and uninteresting to most private-sector workers. But co-ops, drawing on more successful models used in several European nations, could represent workers in negotiations, train and retrain workers as they moved from firm to firm and build a safety net for periods of unemployment. Shopping for a worker co-op would be more like buying a gym membership. Each co-op would be a community and service provider to address a range of each worker’s needs.

Cass has many other proposals — wage subsidies, immigration reforms. But he’s really trying to put work, and the dignity of work, at the center of our culture and concern. In the 1970s and 1980s, he points out, the Emmy Award-winning TV shows were about blue-collar families: “All in the Family,” “Taxi,” “Cheers,” “The Wonder Years.” Now the Emmy-winning shows are mostly about white-collar adults working in Los Angeles, Seattle, Boston, New York and Washington.

We in the college-educated sliver have built a culture, an economy and a political system that are all about ourselves. It’s time to pass labor market reforms that will make life decent for everybody. 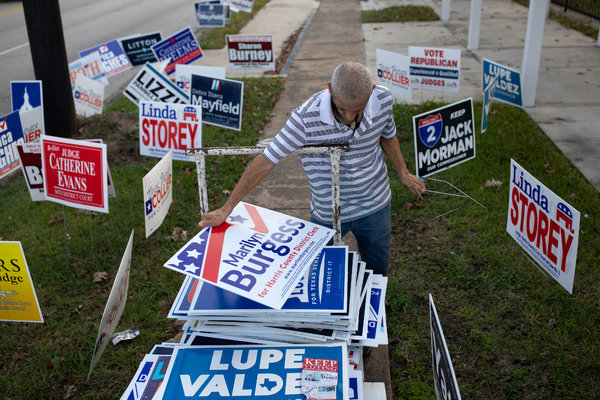 David Brooks has been a columnist with The Times since 2003. He is the author of “The Road to Character” and the forthcoming book “The Committed Life: When You Give Yourself Away.”

Opinion | Will Puerto Rico Still Be Allowed to Govern Itself?

Opinion | The Future Was Supposed to Be Better Than This