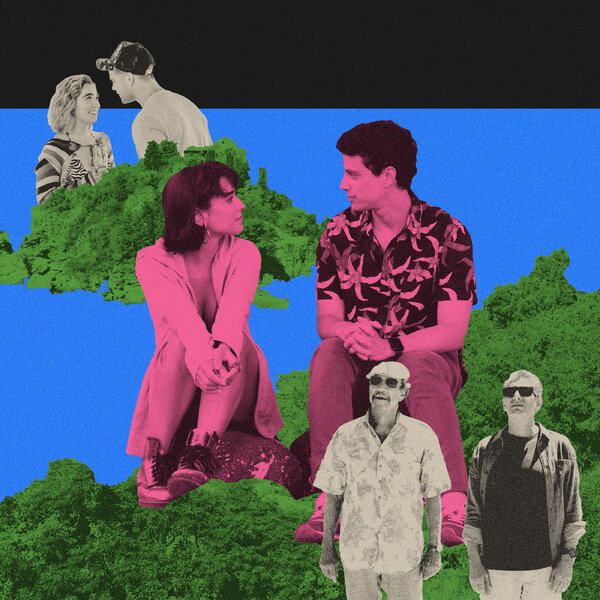 Lurid tales of class war in paradise were a major cinematic trend in 2022.

In “Triangle of Sadness,” which won the Palme d’Or at Cannes, the social hierarchy on a luxury cruise turns upside down after a shipwreck leaves plutocrats and model-influencers dependent on the survival skills of a Filipina toilet attendant. “The Menu” is a satirical horror movie about high-end foodie culture in which the celebrated chef of an exclusive restaurant on a private island takes his revenge on his clientele. “Glass Onion,” the sequel to the 2019 murder mystery “Knives Out,” also takes place on an island, this one in Greece, where a tech billionaire named Miles Bron, clearly based on Elon Musk, has gathered his motley group of amoral friends during the acute phase of the pandemic.

These movies, critical darlings all, whack you over the head with their politics. There’s an element of wish fulfillment in each of them; they seem intended for upper-middle-class people who both envy and resent the rich. The jokes are pitched toward a very online audience that is willing to laugh at its own privilege but that also probably wishes it had more of it.

It’s not surprising that professional influencers feature in two of these movies, and — here is the place to stop reading if you want to avoid spoilers — a guy who can’t stop photographing his food meets a terrible end in the third. The films give shape to the homicidal feelings social media elicits by bombarding us with images of the world’s luckiest people indulging themselves in stunning locales.

In some ways, the first season of the HBO series “The White Lotus,” the caustic, multi-award-winning comedy-drama set in a luxury resort on the coast of Maui, was a prototype for these movies. It skewered the monstrous entitlement of the self-regarding wealthy, like Shane, the old-money real-estate agent who melted down because he was given only the second-best suite. But, unlike recent eat-the-rich cinema, “The White Lotus” denied its audience the satisfaction of any sort of karmic payback. In the end of the first season, the staff suffered the most, while the careless guests walked away largely unscathed. The queasy political punch came from the reminder of power dynamics that should have been obvious all along.

Throughout the second season of “The White Lotus,” this time set in an opulent Sicilian hotel, the creator Mike White hinted that there would once again be an ideological arc to the show. The season — which opened with the discovery of a corpse floating in the Ionian Sea — seemed obsessed with masculinity as well as money. First there was the Di Grasso family, whose three generations represented three approaches to manhood. Albie was the too-nice guy convinced that gender is a construct. His grandfather, Bert, was a confident chauvinist. Caught between them was Albie’s father, Dominic, at once a compulsive philanderer and a self-described feminist, unable to reconcile his ideals and his desires.

Then there was Cameron, the obnoxious finance bro, and his college roommate, the nerdy and reserved Ethan, whose tech start-up made him rich. Cameron cheated on his own wife with Lucia, a prostitute; urged Ethan to cheat on his wife, Harper; and may have slept with Harper himself. There was every reason to think that a reckoning was coming for some of these men, one that would put their power struggles and the privileges that have protected them into a new light. The repeated shots of testa di Moro vases — which represent a Moorish man beheaded by his lover when she learned he was married — seemed to foreshadow consequences for sexual treachery.

But in the end, the elements of “The White Lotus” ripest for TikTok deconstruction were red herrings. The more significant foreshadowing turned out to come from Cameron’s wife, Daphne, enthusing about true crime on “Dateline”: “I love it. Husbands murdering their wives. Happens a lot on vacation.” While the finale’s deaths were dramatic, the motive behind them was completely banal. And the other subplots, which seemed to be building toward violent climaxes, were revealed as fairly harmless vacation adventures.

No moral framework determined who won and who lost. Tanya, after taking control of her life by shooting the gay aesthetes conspiring with her husband to have her killed, psyched herself up with a girlboss affirmation — “You got this” — then died in the dumbest way possible. Her husband, Greg, an awful man, presumably gets her fortune. The plucky, sympathetic Lucia made out very well too. There was no comeuppance for Cameron; after almost drowning Ethan in a fight, he and Daphne dined with Ethan and Harper as if nothing happened, toasting the good life. It was all absurd in the existential sense of the word.

In the second episode of this season, Portia, an awkward young personal assistant, complained to Albie about feeling oppressed by the internet. “I just want to live,” she said, adding, “I feel like I just want to meet someone who’s totally ignorant of the discourse.” If “The White Lotus” is again a cultural harbinger, then in 2023 we’ll see a rash of movies that try to transcend politics rather than comment on them.

Opinion | My Journey to Pride