Crises are a time-tested means of subverting democracy.

From Getúlio Vargas and other better-known dictators in the 1930s to Indira Gandhi and Ferdinand Marcos in the 1970s and on to Vladimir Putin and Recep Tayyip Erdogan more recently, autocratic-minded leaders have long used national emergencies — some real, some fabricated — to claim extraordinary powers. One of our greatest concerns about Donald Trump’s presidency has always been that he would exploit (or invent) a crisis in order to justify an abuse of power. Recent events have given this concern new immediacy.

Authoritarian leaders often chafe under the constraints of constitutional rule. Democratic politics is, after all, grinding work. Family businesses and army units may be ruled by fiat, but democracies require negotiation and concessions. Setbacks are inevitable; victories always partial. A president’s most cherished policy initiatives may be savaged in the media, derailed by Congress or struck down by the courts.

President Bill Clinton, who was elected on a promise of health care reform, devoted the first two years of his administration to a universal health insurance bill only to see it die in Congress. President George W. Bush claimed a mandate to reform Social Security after his 2004 re-election, but the initiative went nowhere. All presidents suffer such defeats. In a democracy, presidents must have patience and thick skin. They must be able to compromise. And crucially, they must be able to lose.

Autocratic-minded leaders, by contrast, find democratic politics intolerably frustrating. Most lack the skills or the temperament for the give-and-take of everyday politics. They are allergic to criticism and compromise. They have little patience for the intricacies of the legislative process. To cite one example, an aide to former President Alberto Fujimori of Peru noted that Mr. Fujimori “couldn’t stand the idea of inviting the president of the Senate to the presidential palace every time he wanted Congress to approve a law.” For would-be authoritarians, the checks and balances inherent in presidential democracy feel like a straitjacket. The media criticism, legislative oversight and adverse court rulings leave them feeling besieged.

Crises offer these would-be authoritarians an escape from constitutional shackles. National emergencies — especially wars or major terrorist attacks — do three things for such leaders. First, they build public support. Security crises typically produce a rally-round-the-flag effect in which presidential approval soars. Citizens are more likely to tolerate — and even support — authoritarian power grabs when they fear for their safety. Second, security crises silence opponents, since criticism can be viewed as disloyal or unpatriotic. Finally, security crises loosen normal constitutional constraints. Fearful of putting national security at risk, judges and legislative leaders generally defer to the executive.

National emergencies can threaten the constitutional balance even under democratically minded presidents like Abraham Lincoln and Franklin Roosevelt. But they can be fatal under would-be autocrats, for they provide a seemingly legitimate (and often popular) justification for concentrating power and eviscerating rights. Hitler’s authoritarian response to the 1933 Reichstag fire is the most prominent example, but there are many others. In Peru, a Maoist insurgency and economic crisis enabled Mr. Fujimori to dissolve the Constitution and Congress in 1992; in Russia, a series of deadly apartment bombings in 1999 — allegedly by Chechen terrorists — triggered a surge of public support for Mr. Putin, who was then the prime minister, which allowed him to crack down on critics and consolidate his power; and in Turkey, a series of terrorist attacks in 2015, along with a failed 2016 coup attempt, allowed Mr. Erdogan to tighten his grip via a two-year state of emergency.

Crises present such great opportunities for concentrating power that would-be autocrats often manufacture them. In 1937, President Vargas of Brazil, resisting term limits that would force him to leave office the next year, used the “discovery” of a communist plot (the so-called Cohen Plan, later revealed to be a fabrication) to dissolve the Constitution and establish a dictatorship.

Similarly, President Marcos of the Philippines did not want to step aside when his second term expired in 1973. But he needed a reason to subvert constitutional checks. An opportunity arrived in 1972, when a series of explosions rocked Manila. Following an apparent assassination attempt on his defense secretary, Marcos, blaming communist terrorists, declared martial law and established a dictatorship. This crisis, too, was largely fabricated: The bombings are believed to have been carried out by government forces and the assassination attempt was staged. The “communist menace” that Marcos used to justify martial law amounted to several dozen insurgents.

Although President Trump operates in a different political environment, his behavior, particularly since the November midterm elections, betrays similar autocratic instincts. The president manifestly lacks the patience or negotiating skills needed to deal with divided government. His response to Democratic control of the House of Representatives has been a refusal to compromise and, more dangerously, a refusal to lose. Unlike Presidents Clinton and Bush, who conceded defeat when it became clear that their initiatives lacked legislative support, Mr. Trump has refused to accept the failure of his border wall project. Unable to obtain the necessary votes in Congress, the president recklessly forced a government shutdown. When that didn’t get him his wall, he moved to circumvent Congress altogether by inventing — if not yet declaring — a national emergency. In his Oval Office speech on Tuesday, he used the word “crisis” six times in eight minutes. That is how autocrats respond to legislative opposition. Following in the tradition of Vargas and Marcos, Mr. Trump fabricated a security threat to make the case for bypassing Congress.

The president’s border wall stunt may well fail. Mr. Trump is politically weak. Outside of his core group of supporters, few Americans believe that the southern border poses a national security threat, and there is a chance — though it is far from certain — that any effort by Mr. Trump to circumvent Congress would be blocked by the courts. On Friday, Mr. Trump seemed to acknowledge the weakness of his position when he announced that “what we’re not looking to do right now is national emergency,” although he continued to hold the threat over Congress.

But no matter the outcome, these developments should set off alarm bells. Our president is behaving like an autocrat. His willingness to fabricate a national crisis and subvert constitutional checks and balances to avoid legislative defeat places him closer to Ferdinand Marcos than to Ronald Reagan.

American presidents wield vast authority during crises. During our country’s last major security crisis, the Sept. 11, 2001, terrorist attacks, Mr. Bush’s approval rating soared to 90 percent — the highest ever recorded by Gallup. In the wake of the attacks, constitutional checks and balances receded: Neither Congress nor the courts were likely to intervene to check the president’s actions. For several months, the president had what was effectively a blank check.

Mr. Trump lacks the self-restraint of Lincoln, F.D.R., or even George W. Bush. Indeed, he seems incapable of exercising executive power responsibly. Mr. Trump’s first encounter with divided government has produced what is proving to be the longest government shutdown ever. And any reckless use of emergency powers would set a dangerous precedent for overriding the legislative branch. Unlike other national emergency declarations, this one would openly defy the will of Congress.

This raises a terrifying question: How would a president who is willing to fabricate a national emergency over a simple legislative impasse behave during a real security crisis? 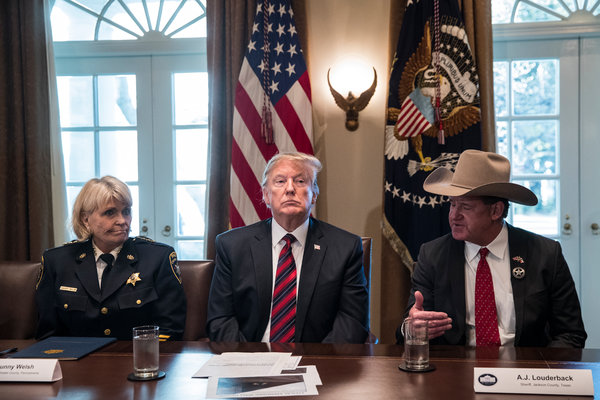 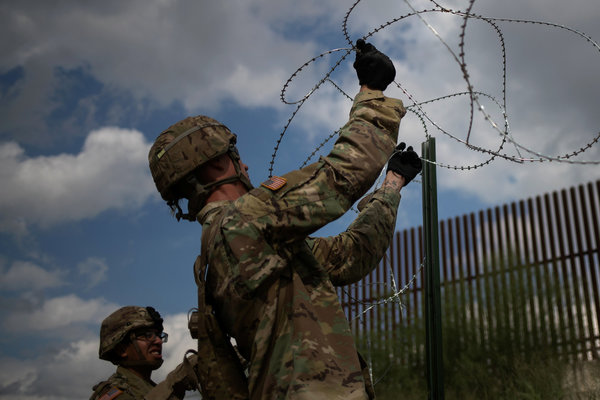 Steven Levitsky and Daniel Ziblatt (@dziblatt), professors of government at Harvard, are the authors of “How Democracies Die.”