Home » Analysis & Comment » Opinion | Will There Be Smoking Guns in the Mueller Report?

Any week now, any day now — so the news reports go — the special counsel’s office will file the Mueller report.

It will round out a trilogy. In 1974, to inform its impeachment proceedings, Congress received what became known as the “road map,” a terse document from the office of the Watergate special prosecutor Leon Jaworski detailing evidence of wrongdoing by President Richard Nixon.

In 1998, another investigator submitted a report on a president’s potentially impeachable offenses to Congress: a narrative from the independent counsel Kenneth Starr of Bill Clinton’s misconduct.

Following Justice Department regulations, the special counsel Robert Mueller will submit a “confidential report” to the attorney general, Bill Barr. Mr. Barr will decide how much of it to share with Congress and with the world at large.

Assuming that some significant portion of the report becomes public, and that it provides an additional factual record beyond what we already know, the question will quickly become how to identify any smoking guns. I’ve spent the last year and a half following the investigation. Here’s a partial list of what I’ll be looking for:

In November 2015, according to Mr. Mueller, Michael Cohen, then Mr. Trump’s lawyer, was put in touch with a Russian man who promised Mr. Cohen “political synergy” and “repeatedly proposed a meeting” between Mr. Trump and the Russian president, Vladimir Putin, to help with efforts to construct a Trump Tower Moscow. In January 2016, the office of a “high-level Russian official” — most likely, according to reports, of Mr. Putin’s spokesman Dmitri Peskov — reached out to Mr. Cohen about the project, and efforts on it continued at least into the summer of 2016.

How closely were Mr. Trump and his children involved in the Trump Tower Moscow negotiations, and over what period? How much did they know of or encourage Mr. Cohen’s contacts with the Russian government — including tentative plans for a meeting between Mr. Trump and Mr. Putin? How did the Trump family and campaign understand the connection between the “Moscow project” and Mr. Trump’s political ambitions?

Mr. Mueller estimated in a court filing that Trump Tower Moscow could have generated “hundreds of millions of dollars from Russian sources in licensing fees and other revenues” — an unusually large profit for the Trump Organization. Why was the number so atypically high?

In spring 2016, according to the special counsel, a professor linked to the Russian government told the Trump campaign foreign policy adviser George Papadopoulos that Russia had “dirt” on Hillary Clinton in the form of “thousands of emails.” Around this time, the special counsel’s indictment of Russian military intelligence officials shows that the Russian government had hacked into networks and accounts belonging to the Democratic Party and the Clinton campaign, and would soon begin coordinating with WikiLeaks to disseminate the stolen information. In June, Donald Trump Jr. met with a Kremlin-linked lawyer at Trump Tower in New York in what seems to have been a failed effort to get similar “dirt.”

Who else in the campaign did Mr. Papadopoulos tell about his scoop, and how high did that knowledge go? Did Donald Trump Jr. inform his father of his plans before the meeting?

Mr. Mueller’s indictment of the Trump adviser Roger Stone alleges that Mr. Stone worked throughout the summer of 2016 to get in touch with WikiLeaks and became aware of the organization’s plans to disclose hacked information. Mr. Cohen claimed in his testimony to Congress that he was in the room when Mr. Stone informed Mr. Trump that WikiLeaks was planning a “massive dump of emails that would damage Hillary Clinton’s campaign.”

Was Mr. Stone coordinating with the campaign in his efforts to get information from WikiLeaks? How much did Mr. Trump know about what Mr. Stone had found out? And who in the campaign, if anyone, might have been aware of separate efforts by the Republican operative Peter Smith to obtain additional Clinton emails from sources Mr. Smith believed were Russian hackers?

The national security adviser Michael Flynn was fired just 24 days into his tenure over fallout from his transition-period contacts with the Russian ambassador at the time, Sergey Kislyak — a matter about which he later pleaded guilty to lying to federal investigators. When he promised Mr. Kislyak that Mr. Trump would lift sanctions on Russia imposed by the departing Obama administration, was Mr. Flynn freelancing or was he acting on the instructions of someone higher?

Almost every case that Mr. Mueller has filed has illuminated a different facet of what appears to be a systematic, long-running effort by the government of Russia to reach out to Mr. Trump’s world. It’s clear that the Kremlin was attempting to gain access and influence. Was it also out-and-out working to recruit agents within the Trump Organization and campaign?

On our side of the Atlantic, to what extent was that outreach welcomed and reciprocated by the Trump team, and to what extent was Mr. Trump a passive beneficiary? Did the Trump Organization and campaign understand and respond to those instances as manifestations of a systematic effort by the Russian government or as unrelated connections with unconnected Russians?

Mr. Mueller has also reportedly conducted an investigation into potential obstruction of justice by the president: possible interference with the special counsel’s efforts, and with the F.B.I.’s before that.

Mr. Barr, among others, has argued that action authorized by the Constitution — like dismissing the F.B.I. director — by definition cannot constitute obstruction. Will the report sidestep these tricky legal questions by showing efforts by Mr. Trump to derail the inquiry that fall plainly outside the scope of presidential authority? To what extent does the obstruction investigation overlap with the collusion investigation — meaning that the special counsel and the F.B.I. understood the president’s apparent efforts at obstruction as part of the troubling pattern of coordination with the Russian government that incited the investigation in the first place?

What proportion of the Mueller report becomes public will hinge on many factors: how much classified information and grand jury material shielded from public disclosure it has; how much of it is arguably protected by executive privilege; to what extent it details criminal conduct, and to what extent Mr. Barr may reasonably argue that the Justice Department has an interest in protecting the privacy of those who are innocent.

The Watergate “road map” first became available to the public in 2018, when a judge ordered it unsealed almost 45 years after it was handed over to Congress. The Starr Report, in contrast, was released within two days of its transmission to the legislature. With any luck, the time frame for release of the Mueller report will be closer to the latter than to the former. 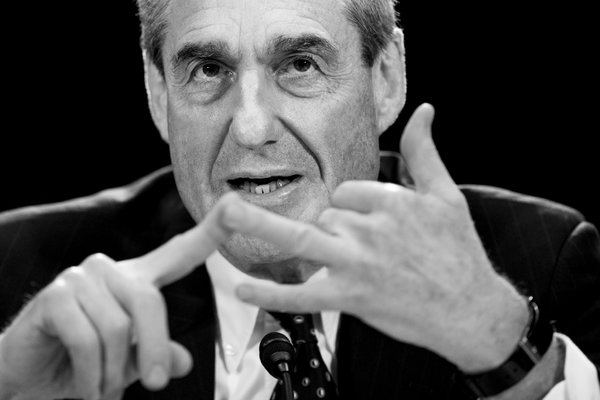 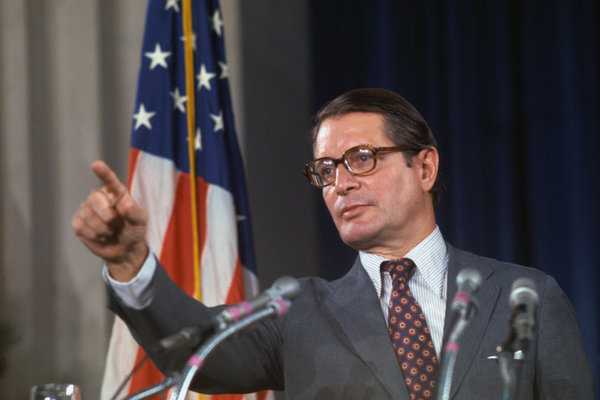 Quinta Jurecic (@qjurecic) is the managing editor of Lawfare.

Opinion | Exhausted With the Experts