Home » Analysis & Comment » Opinion | Wonking Out: The Nightmare After Gorbachev 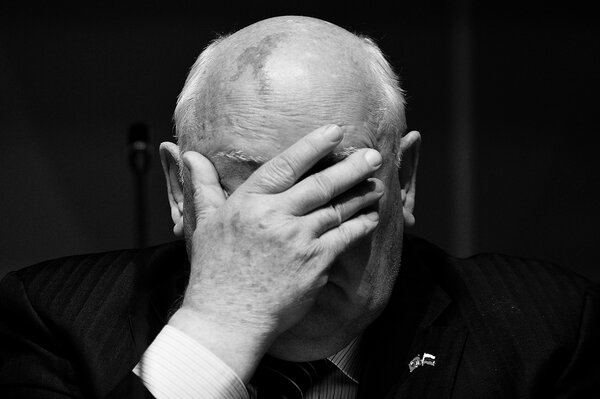 Most articles on the death of Mikhail Gorbachev dwell on the political failure of his reform project. The Russian Federation, the main successor state to the Soviet Union, has not, to say the least, become a democratic, open society. Ukraine may finally have gotten there, but that very success is probably one major reason the country is now fighting for its life against Russian invasion.

What I’ve been reading has placed less stress on the economic failures of post-Gorbachev Russia. Yet those failures were spectacular and surely helped pave the way for Putinism. So let’s talk about how badly things went wrong in the 1990s.

First, some background: Nowadays everyone views the old Soviet Union, with its centrally planned economy, as an abject failure. But it didn’t always look that way. Indeed, in the 1950s, and even into the 1960s, many people around the world saw Soviet economic development as a success story; a backward nation had transformed itself into a major world power. (Killing millions in the process, but who’s counting?) As late as 1970, the Soviet Union’s success in converging toward Western levels of wealth seemed second only to Japan’s.

Nor was this a statistical mirage. If nothing else, Soviet performance during World War II demonstrated that its industrial growth under Joseph Stalin had been very real.

After 1970, however, the Soviet growth story fell apart, and by some measures technological progress came to a standstill.

Economic stagnation may not fully explain the rise of Gorbachev. But the increasingly obvious failure of centrally planned economics surely helped set the stage for reform. The Soviet Union crumbled; Russia turned away from socialism and toward a market economy.

And the results were disastrous.

I don’t know if it’s widely appreciated just how poorly the Russian economy performed during the Boris Yeltsin years. But the numbers are sobering. Real gross domestic product per capita fell more than 40 percent:

That’s substantially worse than America’s decline during the worst of the Great Depression:

In the early 1990s, Russia also suffered from extreme inflation, reaching a peak of more than 2,000 percent at an annual rate. No, I didn’t accidentally add extra zeros:

I’ve seen some suggestions that the economic plunge in Russia and other formerly planned economies wasn’t as bad as the numbers say, because statistics from the Communist era, when the economy may have been producing a lot of stuff nobody actually wanted, may have inflated the true level of output. But there’s plenty of other evidence for a collapse in living standards. Among other things, there was a plunge in life expectancy:

Nor can we say that these short-run costs were an inevitable consequence of the transition from socialism to capitalism. As a 2001 I.M.F. paper pointed out, Russia’s performance after liberalization was far worse than that of other “transition” economies:

So what went wrong? There were intense debates about that issue in the late 1990s and early 2000s, which as far as I can tell never reached a consensus; then everyone moved on to other issues. But there were a few plausible stories, not mutually exclusive. They include the following:

At first, Russia only moved partially to a market economy, and the partial privatization wasn’t systematic. The result was an awkward mix of government and private enterprise that was the worst of both worlds.

Where it did privatize, Russia did so without the institutions — things like security regulation, rules against predatory behavior and general rule of law — a market economy needs to function.

Haphazard privatization created a proliferation of monopolies, whose efforts to extract as much as possible from everyone else turned them into the modern equivalent of robber barons — the old barons, not Gilded Age industrialists — who hobbled commerce across the board.

Chaotic privatization also created a class of oligarchs, men with vast, unearned wealth. “Property is theft!” declared the anarchist Pierre-Joseph Proudhon; well, in Yeltsin’s Russia, much of it really was. And the power of the oligarchs surely distorted economic policy.

How much did each of these factors contribute to the post-Gorbachev economic disaster? I don’t know, and suspect few, if any, other people do either. But Russia in the 1990s clearly offers an object lesson in how not to transition to a market economy.

The problems of the 1990s culminated in a financial crisis in 1998. After that, the Russian economy finally stabilized and resumed growth; unfortunately, it did so under the leadership of a guy named Vladimir Putin. It’s doubtful whether economic recovery required the fall of democracy, but that’s how it worked out.

This story may not be over. (Are such stories ever over?) I hope, of course, that Ukraine will defeat this invasion; if it does, one large part of the former Soviet Union may finally have achieved a durable democracy. And it’s possible to imagine a democratic Ukraine growing increasingly integrated with the European economy, showing a way to combine democracy with prosperity.

But that’s for the future. The sad historical truth is that Gorbachev’s political legacy was, to an important degree, poisoned by Russia’s economic failure.

Opinion | The Best Usher at the Met

Opinion | I Wanted to Be a Mom. I Didn’t Want to Be Pregnant.

Opinion | Distress and Defiance in Tehran